My research interests focus on the general fields of plamonics, metamaterials and terahertz.

The field of plasmonics is concerned with the science and engineering of optical interaction with the free electrons in metals and semi-conductors. It is meant to bridge the gap between the world of nanoscale electronics and microscale photonics, but it also holds promise in spectroscopy, imaging, quantum physics, nonlinearities, etc.

My current interest in plasmonics is on nanoantennas for harmonic generation and ultra-wideband spectroscopy.

Efficient frequency conversion is commonly accomplished at the macroscopic scale in inorganic birefringent crystals. However, nonlinear crystals are several wavelengths in size, polarization-dependent, and phase-matching limited, which hinder the development of chip-scale tuneable nonlinear optical materials. In addition, to trigger the non-linear process, high intensity sources are required. We envision that broadband nanoantennas designed to operate at the fundamental and harmonics can potentially path the way for efficient nonlinear nanodevices with high frequency tune-ability and lower source intensity needs.

Currently, performing surface-enhanced spectroscopy experiments from the visible to the infrared regions is done designing and fabricating multiple plasmonics structures, which is time consuming and prevents the development of integrated sensors for monitoring simultaneously multiple spectral fingerprint regions or probing random molecular species. Had we a single platform enabling field enhancement from visible to infrared, this problem would be solved. Hence, we propose the use of broadband/multi-frequency antenna designs like the log-periodic antenna to overcome this limitation. 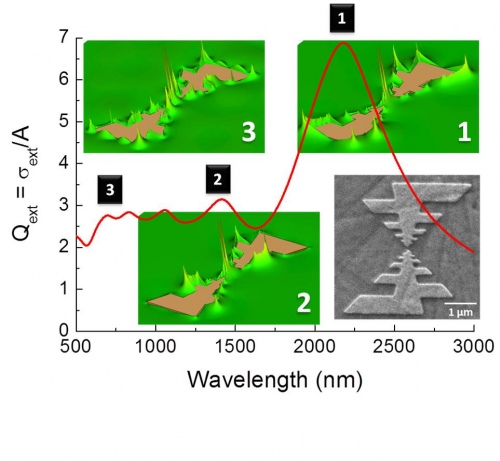 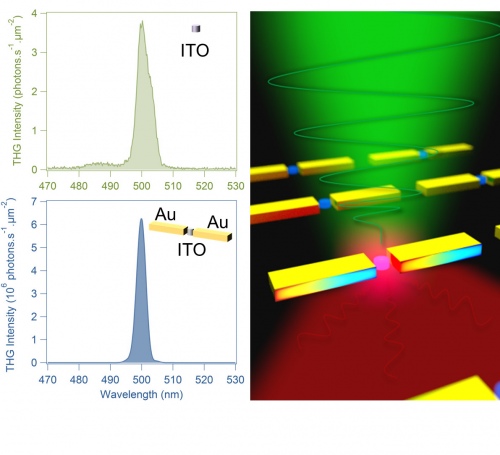 THG from a single ITO nanoparticle coupled to a nanoantenna

Third harmonic generation enhancements of up to 106 folds compared to an isolated ITO nanoparticle, with an effective third order susceptibility up to 3.5×103 nm2/V2 and conversion efficiency of 0.0007%

Metamaterials are artificial structures whose electromagnetic properties, represented by the electric permittivity and magnetic permeability, can be engineered by properly designing the building blocks (i.e. the repetitive sub-wavelength unit cell) to achieve extraordinary phenomena not observed easily in nature. This field has revolutionized the way we design and engineer new materials.

Great deal of research is being devoted to the underlying physics of metamaterials. However, my attention is focused on developing quasi-optical devices with a twofold objective: (i) demonstrate experimentally certain properties such as effective negative refractive index, and (ii) propose metamaterial-based devices competitive in some aspects with the current technology. In particular, I am very keen on metamaterial-based lenses and wave plates given their compactness and potential free-space matching. 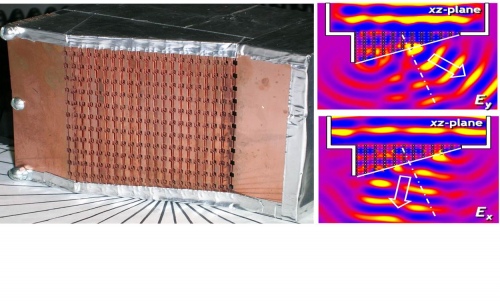 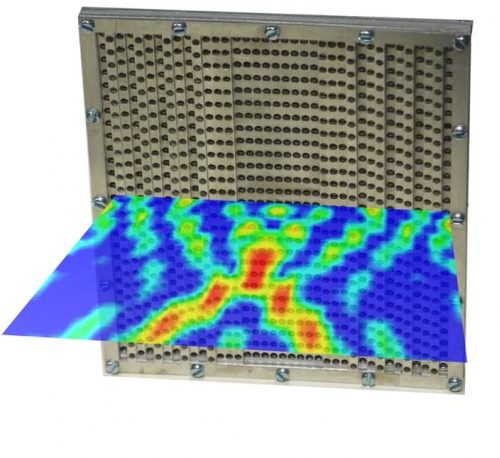 The terahertz frequency range (ca. 0.3 - 10 THz, i.e., λ = 30 μm - 1 mm) is particularly rich in spectral fingerprints. This includes  low energy  excitations  in  electronic  materials,  low-frequency  vibrational  modes  of  condensed phase  media,  and  vibration  and  rotational  transitions  in  molecules.  This region of the spectrum has been less explored than others until recently, due to the lack of efficient and compact THz sources and detectors. THz  technology  promises  significant applications  on  the  areas  of  security  (driven  by  the  global  concern  of personal  screening  in  public  places), medical  imaging and high-speed communication.

My activity in this field encompasses two disciplines:

Near-field time-domain spectroscopy and imaging for device (e.g. waveguides) characterization and for the investigation of sub-wavelength dielectric particles. 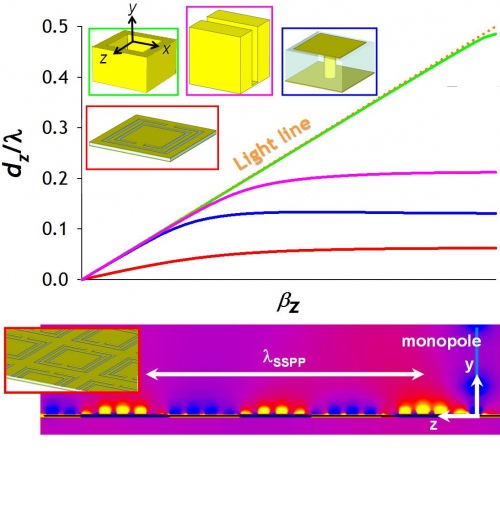 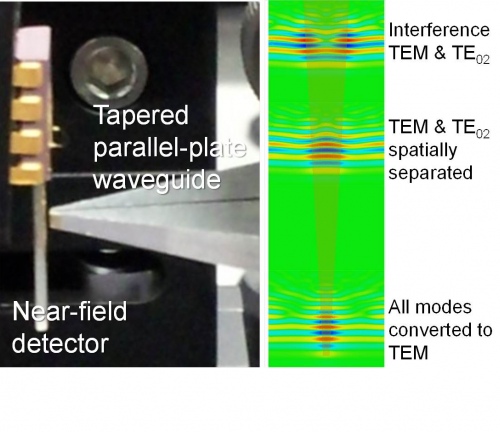 Discuss for the first time the effect of TEm,n modes on finite-parallel-plate waveguide