The interaction between extremely intense laser pulses and matter is studied experimentally because of the potential applications in fusion power generation and particle acceleration as well as furthering our understanding of the behaviour of matter under extremely high densities and temperatures.

Below is a simulation result showing the density of energetic electrons that have been generated during the interaction of an intense laser pulse with solid material. The laser is incident from the left hand side and the energetic electrons travel to the right in bunches. 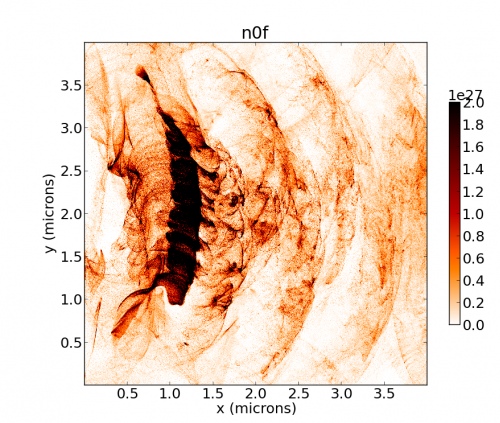 As they travel through the target, the energetic electrons set up electric and magnetic fields which both modify the electron trajectories and heat the background solid so that it rapidly becomes a plasma.

Simulating matter under such extreme conditions is a challenging task, due to a large number of interacting physical processes which occur over a vast range of time scales.

The energy deposited in the background is depicted below: 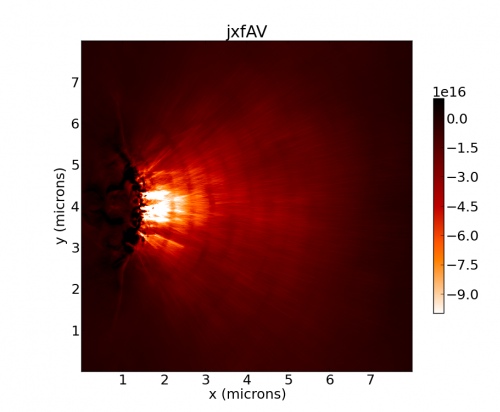 This allows us to predict the outcome of experiments with unprecedented accuracy.