Nikzad's research is on the interaction between the developments in Environmental Law and the sustainability agenda that large and multinational companies pursue. To that end he has examined the right of access to information by shareholders, the public and other stakeholders in relation to the effect of companies’ business operations on human health and the environment. This part of his research has been published in European Energy and Environmental Law Review in February 2011 (by Wolters Kluwer publishing). This Article was later amended for inclusion in a textbook by R. Pereira and K. Makuch’s book, titled Environmental and Energy Law as an autonomous book Chapter. 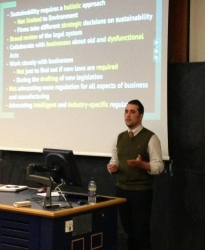 He has also worked as a principal researcher in a project commissioned by ExxonMobil on clarifying the status of waste and by-products using legal precedence and analysis, in the European Union’s newly enacted Directive on Waste Management (Directive 2008/98/EC). Much of this research project focused on legal scholarly and the correct interpretation of the European Directive 2008/98/EC. It shows how different firms focus on different aspects of Business Sustainability for minimising risks to their businesses.

Another major project that Nikzad has conducted was commissioned by Veolia Water. In this project Nikzad conducted a case study research for one of Veolia Water’s largest projects in China whose aim was to demonstrate financial and environmental benefits gained from implementing / installing new technologies produced by Veolia. 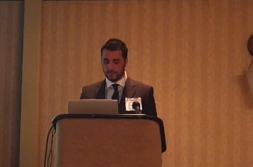 Nikzad has also conducted case lets on some 20 large and multinational companies on their Sustainability agenda and strategies and whether if they have been successful or not. He also shows how large companies have turned a blind eye on some social and environmental issues which has resulted in scandals and subsequently loss of reputation and brand equity.

Nikzad is aiming to expand his research on the basis of his work with Veolia in order to clearly show the benefits resulting from the implementation of a sustainability tool in manufacturing and service oriented businesses. These will lead him until late 2013 when he will begin his write-up period. As such he is expected to complete his PhD research by mid-2014. 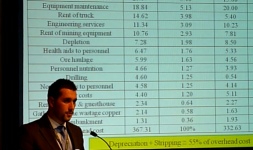