We have involved several S6 kinases in the regulation of drug resistance in a variety of cancer types, including lung, breast cancer and sarcoma. Our current work aims to identify the downstream targets involved in this effect, including translation and mRNA splicing factors. Our goal is to propose novel therapeutic targets for cancer treatment and increase our understanding of the molecular mechanisms leading to cancer cell survival. 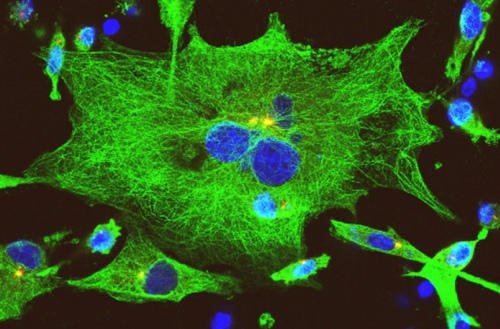 EGFR inhibitors, such as erlotinib and gefitinib, are new molecules used in the clinic to treat a proportion of lung cancer patients with EGFR activating mutations. However, these tumours ultimately become resistant to these compounds. We are part of a European FP7 consortium that aims both at understanding the various mechanisms responsible for this resistance and at designing novel therapeutic agents that may circumvent it. 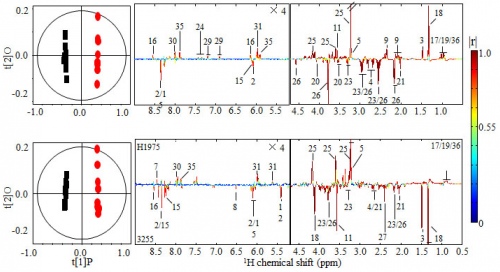 We have performed a series of RNAi screens and identified novel regulators of lung and breast cancer cell migration and invasiveness. We are now in the process of investigating those proteins to understand their mechanism of action. In order to reach this goal, we have developed a series of in vitro and in vivo models to test novel agents that prevent cancer dissemination.

Compounds design/SCREENING/testing for our various targets

We are closely working with chemists, protein modellers and crystallographers to design novel compounds targeting our targets of interest. Through our industrial collaborations we also perform research using experimental compounds to assess their effect on lung cancer biology. Our clinical links enable us to take part in the design and running of clinical trials that aim at identifying novel therapies for lung cancer.

FGF-2/S6K2 and hnRNPA1in the translational regulation of Bcl-XL and XIAP, MRC, Leicester, UK, 2012

FGF-2/S6K2 and hnRNPA1in the translational regulation of Bcl-XL and XIAP, Genes and Cancer conference, Warwick, UK., 2012

RNAi-mediated screen for regulators of cell migration and invasion in lung cancer, University of North Carolina, Chapel Hill, US, 2009

S6 kinases in the chemoresistance and metastasis of lung cancer, Wuhan School of Medicine, Wuhan, China, 2009

The use of RNAi-based kinome library screening in the identification of potential therapeutic targets for cancer, CNRS/INSERM Molecular Biology Department-Poitiers University, Poitiers, France, 2005

Huang,Y, The use of nanofiber/microfiber scaffolds for developing 3D cancer cell models

Lau,C, Investigating changes in EGFR signaling as a result of Erlotinib resistance

METCALF,G, The role of MARK4 in lung cancer invasiveness

RIBEZZO,F, Studying the mechanisms of bone metastasis in prostate cancer

Venmann,E, Cloning, expression, purification and crystallisation studies of RSK4 in parallel with a bioinformatics approach towards understanding the structure of RSK4

Zhang,A, FGF10 in the growth of breast cancer cells