My research is centered around state estimation and mapping for various robotic platforms, including flying ones. Typical applications require real-time capable highly robust and efficient algorithms as well as accuracy under computational constraints. In the past, I have furthermore been also involved in designing solar aeroplanes, from the conceptual to the detail design stage, where both the system's robustness as well as the efficiency of all components in terms of weight and power consumption play again a major role.

Solar aeroplanes exhibit a fascination due to their energy sustainability aspect and the potential for sustained flight lasting several day-night cycles. Resulting monitoring and measurement applications at high altitudes but also close to the Earth surface have attracted the interest of several research groups, institutions and companies lately. The question of how to choose the main design parameters of the airplane for a specific mission, considering the current state-of-the-art technologies involved, however, is not easy to answer. A tool was developed performing such a multi-disciplinary optimisation.

Two actual prototypes were built at ETH Zurich, the Autonomous Systems Lab (ASL) since 2009. On the one hand, the senseSoar airplane was intended to act as the robotics research platform not targeting eternal flight, but equipped with advanced sensing and processing capabilities. On the other hand, the AtlantikSolar prototype aims at extended record flying, while it may still be outfitted with a generic sensing and processing pod. 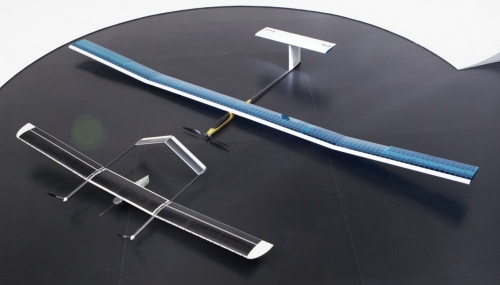 State estimation forms a basic building block for mobile robot operation. A suite of algorithms for on-board estimation is proposed that fuses multiple and to some extent complementary sensor measurements. We make use of readings from a MEMS-based Inertial Measurement Unit (IMU), the Global Positioning System (GPS), static and dynamic pressure, three-axis compass (magnetometer) measurements, as well as imagery. When deployed on real platforms, typically coming with limited computational power, such estimation algorithms need to fulfill demanding specifications in terms of three major characteristics: efficiency, robustness and accuracy.

Effective and efficient generation of keypoints from an image is a well-studied problem in the literature and forms the basis of numerous Computer Vision applications, including data association for vision-supported odometry or Simultaneous Localization and Mapping. Established leaders in the field are the SIFT and SURF algorithms which exhibit great performance under a variety of image transformations, with SURF in particular considered as the most computationally efficient amongst the high-performance methods to date. We propose BRISK: Binary Robust Invariant Scalable Keypoints, a novel method for keypoint detection, description and matching. A comprehensive evaluation on benchmark datasets reveals BRISK's adaptive, high descriptive power as in state-of-the-art algorithms, albeit at a dramatically lower computational cost. The key to speed lies in the application of a novel scale-space corner detector in combination with the assembly of a bit-string descriptor from intensity comparisons retrieved by dedicated sampling of each keypoint neighborhood. 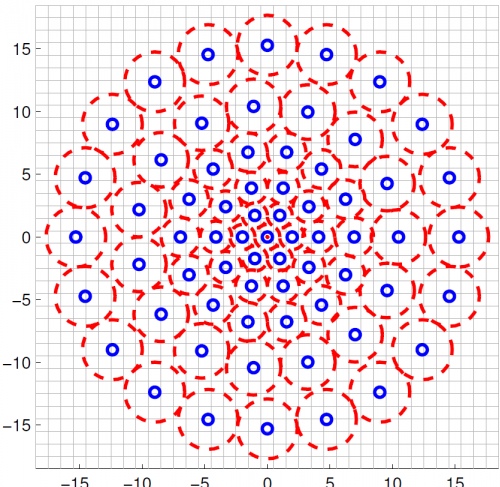