I use geological techniques to examine palaeobiological problems. I research rock and fossil record interactions through time, with three major focuses:

Biodiversity is the variety of life on Earth. One of the most striking features of biodiversity is that if you were to walk from the equator to the North Pole, you would observe the number of species steadily decreasing. This is the latitudinal biodiversity gradient, and although it has been recognised for a long time, there is no consensus about when it arose or why it exists. Studies have found little evidence for the latitudinal biodiversity gradient on land prior to about 60 million years ago. Were patterns of biodiversity on Earth fundamentally different before this time?

My research examines this question by focusing on dinosaur fossils in the Morrison Formation, a series of rocks deposited by rivers and on flood plains 150 million years ago in the Upper Jurassic period in what is now the western USA. The Morrison rocks are found in a broad swathe from Montana to New Mexico, covering around 10 degrees of latitude, and they were deposited over a time period of around 10 million years. I use sequence stratigraphy and magnetostratigraphy to correlate the Morrison rocks in the north with those in the south, allowing the dinosaur fossils to be located precisely in time and space. This allows me to examine changes in dinosaur biodiversity with latitude, local environment, and through time. 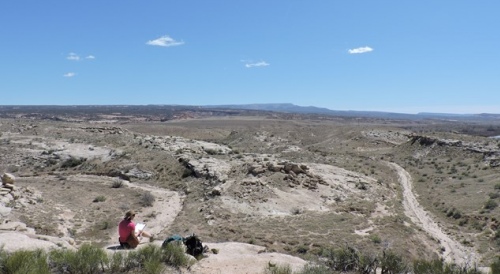 The stegosaurian dinosaurs possessed plates and spines extending, in two rows, from their heads to their tails. They are some of the best-known and most iconic dinosaurs. Somewhat surprisingly, however, their fossils are actually rather rare, and consequently, much about their biology and lifestyles remains unknown. 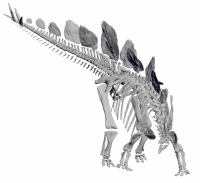 I am an expert in stegosaurian anatomy, taxonomy and systematics. Stegosaurus, the best-known stegosaur, occurs in the Morrison Formation, and I am currently examining the relationship between different species of Stegosaurus in the context of my research on the age and timing of deposition of the formation. I have recently been involved in a study of the World's most complete Stegosaurus, nicknamed Sophie, now on display at London's Natural History Museum.

There are, however, several other genera of stegosaur that are far less well-known than Stegosaurus. I seek to better understand their anatomy, taxonomy, and the relationships between them as a foundation for studying their evolution and palaeobiology. I have studied stegosaurs all around the world, from Europe, China and the USA. 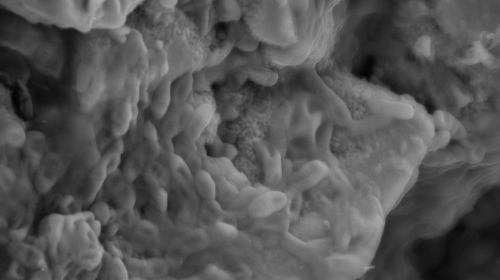 A longstanding paradigm suggests that soft tissue cannot be preserved in the fossil record for longer than about a million years. However, in 2015, a colleague and I made the unexpected discovery of structures morphologically and chemically consistent with red blood cells and collagen fibres in some rather unspectacular 75 million-year-old dinosaur fossils. In our ongoing research on this topic, we aim to examine how soft tissues might be preserved for much longer than previously thought, and the conditions which might lead to their preservation.