My research is defined at interface between applied mathematics and engineering. I enjoy discovering new and fundamental flow physics from simplified problems using hydrodynamic stability theories, modern control theories, variational calculus, and scientific computing. My research interests are rather broadly defined and cover

For further details, see below. If you are interested in working any of the following projects, please do not hesitated to e-mail me. 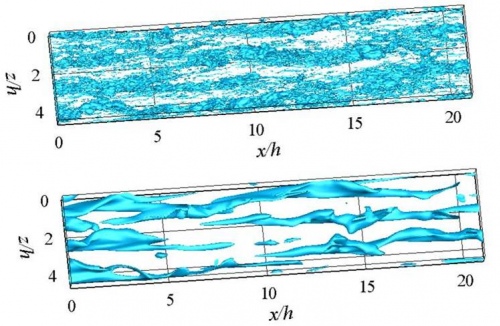 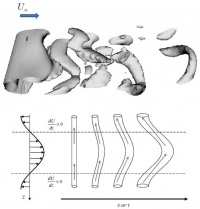 The wake behind a bluff body is an important canonical flow for engineering applications, as vortex shedding in wakes is a main source of drag, structural vibration and aeroacoustic noise.  My current research interest is to understand a bluff-body wake in a stratified medium. In particular, the research is aimed at studying interaction of vortex shedding with internal gravity wave generated by the density stretification. 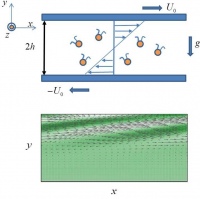 Microorganisms are present in almost every part of temperate aqueous environments, and they play a critical role in pathogenic infection, digestion, reproduction, and food chains in the oceans. Many swimming microorganisms often exhibit collective behaviors, and it often originates from interaction of the microorganisms' motility with surrounding fluid flows. The focus of the current research is aimed at understanding how these collective dynamics of the swimming microorganisms (particularly biflagallate algae, e.g. Chlamydomonas) interact with instabilities in shear flows. Another important recent research is to find efficient mixing startegies of the microorganism suspensions using optimal control theory for biofuel harvesting.