Patrick Blackett was awarded the Nobel Prize in 1948 for "his development of the Wolson cloud-chamber and his discoveries therewith in the fields of nuclear physics and cosmic radiation".

Blackett started his research career in the '20s with Rutherford. Following Rutherford's initial observations of the ejection of protons from collision experiments, Blackett used the Wilson cloud-chamber to observe 400,000 tracks of alpha-particles in nitrogen gas, so being the first to identify and report the transmutation of nitrogen to oxygen. With the Occhialini he then used the chamber to detect cosmic rays. initially the chamber was simply expanded every few seconds with the result that most photographs were blank; Blackett realised that by putting Geiger counters above and below the chamber to control its operation, photographs could be taken only when cosmic rays had left tracks in the gas. In 1933 he used the technique to confirm Anderson's discovery of the positron, clearly demonstrating that positrons were produced in electron-positron pairs.

In 1953 he took over the Physics Department here, planning and leading its major expansion in the 1950s. Subsequently he became president of the Royal Society, was made a life-peer and a Companion of Honour, and was honoured with the Order of Merit. 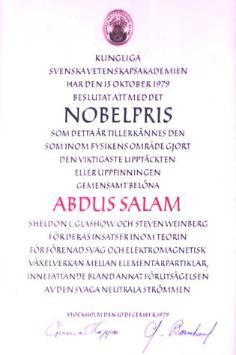 Professor Abdus Salam is one of the foremost theoretical physicists of his generation. Born in Jhang (now in Pakistan) in 1926, he had a brilliant career as a student in Lahore and Cambridge and made an immediate impact on the world of physics with his pioneering studies in quantum field theory. He came to Imperial College in 1957 to found the Theoretical Physics Group, which rapidly became a leading centre for research. His best known work on the unified theory of weak and electromagnetic interactions, won him a Nobel Prize in 1979, shared with Professors Sheldon Glashow and Steven Weinberg of Harvard.

Professor Salam has played a major role in the development of scientific research in the third world. He was the founder and first Director of the International Centre for Theoretical Physics in Trieste, which has been served to keep many physicists from developing countries in touch with the leading edge of international research. He also inspired the foundation of the Third World Academy and became its first President. Throughout his career, he has had a deep concern for the wider social implications of science, in which he has written extensively. He has become and inspiration to a whole generation of scientist in the United Kingdom, in Pakistan and throughout the Third World. 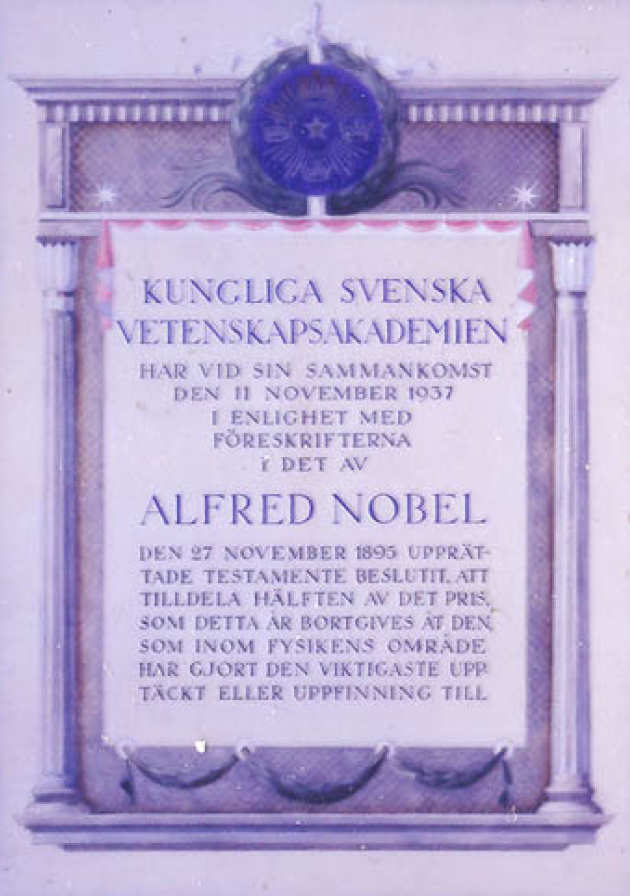 Sir George Thomson, Head of the Physics Department, Imperial College from 1930 to 1952 received the Nobel Prize in 1937 for his demonstration in 1927 of the wave nature of electrons by their diffraction in passing through thin films of metals. It has been said that his father J.J. Thomson, had received his Nobel Prize for showing that electrons were particles, G.P. (as he was generally known) received his for showing that they were waves! His contributions to science were, however very much broader, launching the work in nuclear physics at I.C., playing an important role in guiding wartime work on nuclear energy and nuclear weapons and initiation work on methods for controlled fusion, first at I.C. and later at Aldermaston.

In 1952 he returned to Cambridge as Master of Corpus Christi where he was valued for his energetic support of many developments and urbanity and range of his table talk. Those who remember him at Imperial recall his interest in every aspect of the department's work, extending to his regular vetting of designs for apparatus in the workshop and his encouragement of all research staff to take tea for a well-defined twenty minutes in the old lecture theatre.