The Story of Physics at South Kensington

The story of Physics in South Kensington begins in 1872 when a government – sponsored body revelling in the name “Metropolitan School of Science applied to Mining and the Arts” decided to move its operations from cramped quarters off Oxford Street to Exhibition Road in South Kensington. Here there was land, purchased using profits from the Great Exhibition of 1851 and made available to museums and colleges for development. Here too was an empty building large enough to meet the School's immediate needs. This building – whose design has been described (with very good reason) as “curious” – was originally intended to house a school of Naval Architecture that eventually moved to Greenwich instead. So Physics, together with Chemistry and other fledgling departments including Natural History and Geology, moved in. The future Imperial College was here in embryo. The building, which still stands today as the Henry Cole wing of the Victoria and Albert Museum, was soon named the Huxley building in honour of Thomas Henry Huxley, the eminent Victorian palaeontologist and the College's most famous Dean. Among the students was H. G. Wells (1883-1887), the future novelist, science fiction writer and Fabian socialist. In his autobiography Wells expresses a high opinion of Huxley as teacher but a less than flattering view of the physics professor, Frederick Guthrie. He recalls being required to construct a mercury in glass barometer, given a bottle of mercury glass tubing and a Bunsen burner. His efforts were unsuccessful, the only fact remaining in his memory being that the hot glass can still burn the fingers after it has ceased to glow.

When Imperial College was created by Royal Charter in 1907 the pure science departments, including Physics, became grouped into one constituent college, the Royal College of Science. The other constituent colleges were the City and Guilds College (for engineering) and the Royal School of Mines. In the same year a magnificent new building – labelled the R.C.S building – was opened in Imperial Institute Road to provide much needed additional accommodation, especially laboratories for Chemistry and Physics. This building, purpose built for the use to which it was to be put, gave excellent service right up to 1960. It also served as a home to the Science Museum Library. Despite the move into the new building, Physics did not lose all links with the Huxley building, which became the home of the Mathematics department. So physics students had to make regular 10 minute pilgrimages there for their maths lectures – though it may be doubted if the spirits of Huxley or Wells could inspire them in that strange dark atmosphere.

An illuminating account of life as a physics student shortly after the opening of the new R.C.S building is contained in a letter written in 1982 by a retired schoolmaster H. H. Grainger of St. Olave's Grammar School in South London. He was one of a class of 13 at the R.C.S. in the years 1907-1910. Among the staff he recalls Professor H. L. Callendar (famous for thermodynamics and the properties of steam - pictured on right), A. Fowler (astrophysics) and the Hon. R. J. Strutt – later Lord Rayleigh (radioactivity). W. Watson, nicknamed “Mercury Bill”, was largely responsible for the new laboratory teaching arrangements and wrote two pioneering undergraduate textbooks (sadly he died in 1919 after working on defence from poison gas during WWI).

Mr Grainger makes it clear how much tougher student life was then than it is today. There were no common room facilities at all and the only opportunity for buying refreshments was at a tin shanty standing in some open ground now covered by the Science Museum. Here a pot of tea and Bread and Butter could be bought for 4d. Money being, of course, short, Mr Grainger was glad to take work every Saturday at the Natural History Museum cleaning and tabulating fossils. The pay was 1/- per hour. At least, he recalls, what he earned from this work was very helpful for the Geology exam in the BSc finals! 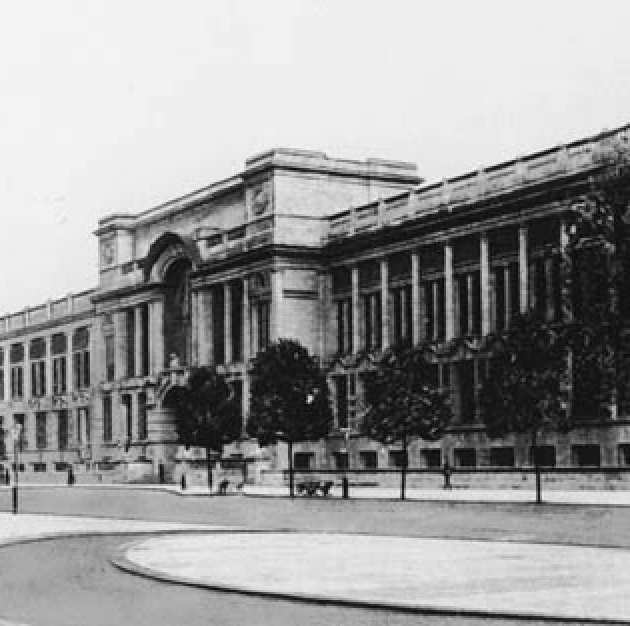 For the present writer the R.C.S. building evokes vivid memories from more recent years. It was, like other Edwardian public buildings, built to impress. Stone steps led up to an imposing entrance door guarded in early post-1945 years by “Wally”, an old soldier and veteran of the Boer War (when given a reasonable pretext, Wally was always ready to display his war wounds). Since the public evidently found it difficult to distinguish the R.C.S. building from a South Kensington museum, Wally had a blackboard on display with a chalk-written message “The building is NOT a museum” – to which the students were prone to add the ambiguous addendum “but we have a fine collection of fossils”. The steps were the locations for the annual photograph of the Mathematical and Physical Society members, including all of the staff and students of the two departments.

Inside the building there was space for Physics in one wing and Chemistry in the other (deciding on which way to turn in the entrance was not difficult, all that was needed was a sense of smell). The provision of lecture theatres, teaching laboratories, research rooms etc. was still more than adequate in the 1950s as doubtless it had been in 1907. Indeed the large physics lecture theatre continued to receive special mention in the College Calendar because of its vibration free lecture demonstration bench plus water, gas and electricity services. But the vogue for lecture demonstrations was fast fading in post war years as hands-on experience in the teaching laboratories took over. With changes to the physics courses a new (“third years”) practical class was introduced, devised principally by Dr C. E. Wyn-Williams, a one-time colleague of Rutherford and pioneer of circuit design for electrical counting.

The building had its oddities. It seems there was originally an air-conditioning system with ducting built into the walls, but this was not functioning in later years. The corridors had supplementary hot-water radiators fed from a Ministry of Works unit shared by all the local museums. So the corridors were heated but not the rooms. As a further complications the Ministry of Works heating was switched on and off, in the best Civil Service manner, according to the calendar date rather than the outside temperature.

Down in the basement there was a “constant temperature room” with double walls, much sought after by spectroscopists. But the space between the walls turned out to be an excellent hiding place, and it was here that the R.C.S. student union kept their mascot “Theta” (an outsized model thermometer). Acquiring other union's mascots was once a popular sport and security was important! One hears less of such romps these days – perhaps loyalty to the greater unity, Imperial College, now takes precedence over loyalty to one's constituent college? However, not long ago, during WWII, I knew a man who had worked in the physics department under the Nobel Prize winner Sir George Thomson in the 1930s who always referred to his time in the R.C.S., not Imperial. 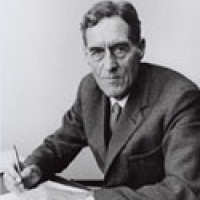 The physics department's final move (so far) came in 1960, as part of the massive expansion of Imperial College that took place as part of the then gov ernment's “white-hot technological revolution”. A new 12-storey building went up at the corner of Prince Consort Road and Queens Gate, large enough to accommodate a student intake of 200 per year, plus a wide range of specialist research groups. The man who provided the initiative and drive for this move was the Head of Department, Nobel Prize winner P. M. S. Blackett (later Lord Blackett and President of the Royal Society). Blackett's foresight and planning set the department on a course that has made possible the spectacular achievements in so many research groups from his time to the present. It is in deed appropriate that the laboratory should be known as the Blackett Laboratory.

A small but significant mark of Blackett's wisdom was the incorporation of a spacious common room within the Blackett Laboratory. Here physicists from all the distinct research groups can meet and discuss their problems over coffee or come together in the evening for a joint celebration. By sharing this common facility the members of the laboratory really do become part of one community. This makes not merely for happiness but for better physics. Without a doubt our predecessors H. G. Wells and H. H. Grainger would have approved.