The Department has always been very supportive concerning requests from staff for flexible working or to move temporarily to part time working contracts. When a staff member is part time this is taken into account for staff promotion and of course it is also taken into account for teaching load allocations. A request for flexible working can also include any of the following; flexitime, home working, job sharing, staggered hours, condensed hours or shift working.

The Physics department will assist with relocation questions regarding schools and childcare. Imperial College London runs an OFSTED outstanding nursery which is less than 10 minutes walk from the department.

Imperial College London runs a baby breakfast club in order for you and your child to miss the rush hour and have a relaxing breakfast before daycare/work begins.

The College offers free workshops that look at both the practical and emotional aspects to enable staff to develop in their careers post maternity/paternity through effective planning and communication.

The College provides £124 of free childcare vouchers per month for eligible families.

Imperial College London recognises that flexible working leads not only to better gender equality within the workplace but improved morale, motivation, productivity and better staff recruitment and retention.

The Physics Department recognises that working from home may be preferable on certain occasions and staff are encouraged to discuss this with their line manager.

The Institute of Physics offers a £250 carers fund to enable carers to attend conferences/meetings and we strongly encourage its uptake. 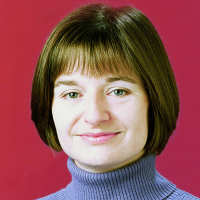 Undergraduate degree in Physics at Wadham College, Oxford University ('87-'90), and PhD, Physics Department, Imperial College ('90-'93). I continued as a research associate (RA), undertaking post-doctoral work at Imperial College, with some time as Harvard Smithsonian Center for Astrophysics Academic Scholar, and many research visits overseas. I was awarded a Royal Society University Research Fellowship in 1998, continuing at Imperial College. During 2000 I was offered a future lectureship post in the department and changed research group. In 2002 my daughter was born, and I enjoyed the superb maternity leave available to me, returning to work over 9 months later. I requested to work part-time, and with some discussion this was granted. For me, a balance between work and family life is essential. In 2004 I became a lecturer, taking on teaching as well as my research activities. 16 years after arriving at Imperial College, I became a permanent member of staff during 2007. In 2008 I was promoted to Reader.

I started at Imperial as a Physics undergraduate in 1969. After spending many years at UCL and Oxford as a Professor of Electronic Engineering I returned to my original department in 1997 as a Professor of Applied Physics. In 2007 I decided to move to a 60% part-time arrangement. I have continued my responsibilities as the departmental Admissions Tutor and although I have stepped down as Head of Group, as Deputy Head I am still always on hand when advice is needed. The arrangement has worked well. As Admissions Tutor I am actively involved in the teaching side of the department and enjoy the close interactions with schools. It also means I meet many of very talented students who apply to us- which is a real pleasure. I have one main research project which is funded for the next four years and that keeps me busy when admissions duties are quieter. There are risks when moving to part-time work, either that you work nearly full time on a reduced salary or that you are left out of the day to day activities in the department. So far neither has happened and I am very pleased with the arrangement. 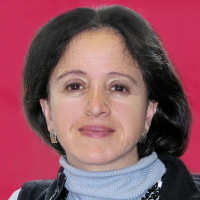 Undergraduate at Bedford College, London University and PhD at the Cavendish Laboratory in Cambridge. After four years of post doctoral work in the USA, returned to Imperial College in 1991 as an RA. Shortly after receiving a Royal Society URF fellowship, I put together the "Voices from Women in Science" booklet as chair of the AWISE committee at Imperial College. College responded by interviewing focus groups of academic women in College, but as I was not a permanent member of staff, I was not involved. In 1998 I gave birth and had enough on my plate to keep career and family on track. In 2001 became a permanent member of staff and a Reader in 2003. From 2003 I went down to a 60% working week (timed with the start of junior school) which meant I left the department at 2.30pm every day. My work flourished during this period, and I became a professor in 2005 and Head of group in 2008. I returned to full time work in 2007. In 2007 I was invited to become the Academic Ambassador to Academic Women for the Faculty of Natural Sciences. The Physics Department also asked me to set up the Juno Committee to enable the Department to take up the best practice guidelines set out by the Institute of Physics. 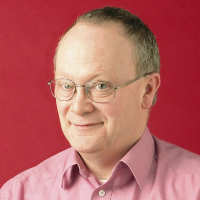 I became a half-time employee in October 2011. While I enjoyed the roles I had as a full-time employee I needed a change, and I knew there were excellent younger people waiting to take them on. I also wanted to reduce the time I spent commuting. I know I am very fortunate in being able to take a 50% cut in salary.
I did not plan the transition well and in my first year I wasn’t sure why I did it, not least because I was still working full-time for the College.
Things changed when I realised I could work in a more strategic way, by taking time to develop new relationships, notably with industry and an inner London comprehensive school. I have also joined the Education Committee of the Royal Society where I led a working group to define the Society’s outreach strategy. It was really my work with the Juno committee when I was full-time that opened my eyes to alternative career trajectories for academics. I now have a portfolio of varied professional activities, which have increased my reach and impact significantly, and I am constantly being asked to engage in more.
Being half-time has given me the space to think and work strategically for the first time in my professional life. I have also reimmersed myself in research, which is immensely enjoyable. I think my professional life is much more fulfilling now. I doubt any of this would have happened if I had remained full-time.