The current Class 1 vehicle entered by Imperial Racing Green in the Formula Student conpetition is called EV2. It is one of the cars taken to the 2017 event, the other, EV3, will be entered in Class 2.

Work on EV2 started in the summer of 2012 and has competed each year in Formula Student since 2013 .

The vehicle is a single seater track car, based around a 350V 6kWh lithium ion battery pack designed and built by undergraduate students, a single motor controller and motor with mechanical differential for simplicity. The battery pack is packaged under the driver’s legs, in order to give the optimum weight distribution.

The team have implemented a thermal management system for the battery pack in order to achieve higher performance, developed advanced aero packages, and upgraded the wiring loom to communicate via CAN in order to simplify the wiring system and improve reliability. 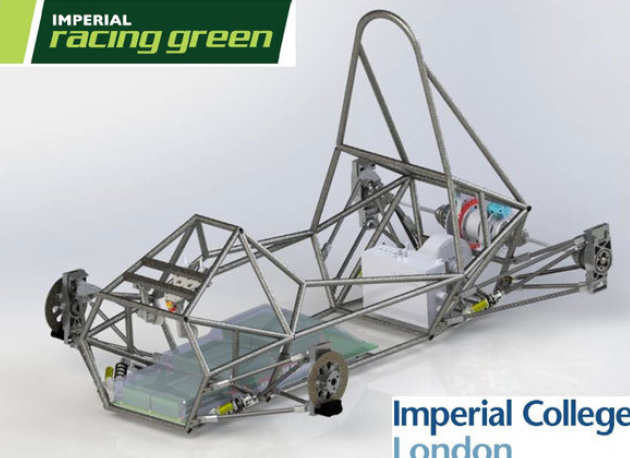