The following are examples of charts available on the Competitor Overview page: 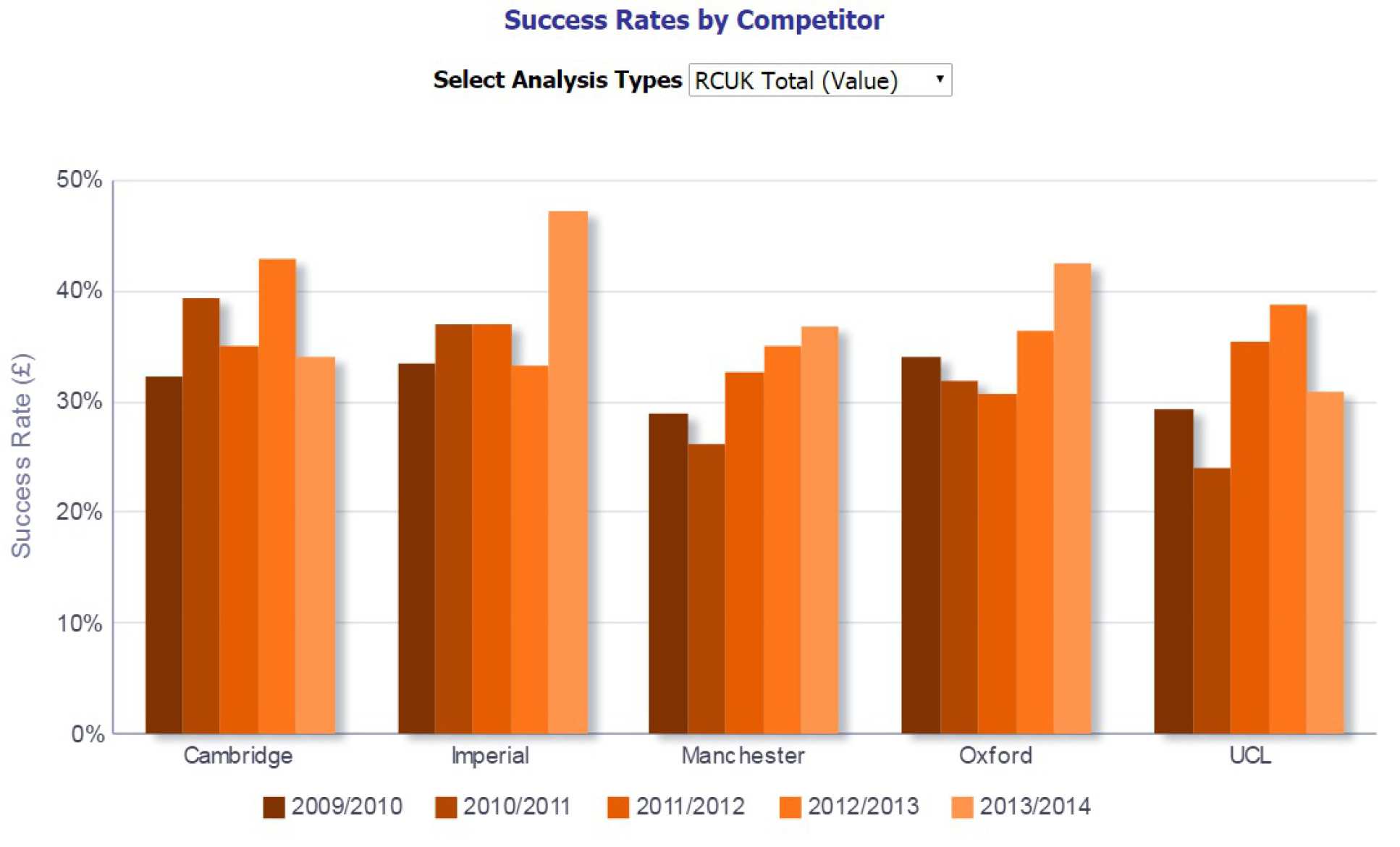 This chart displays the success rates by value of awards against applications, according to decision date financial year. The values shown here are the combined RCUK totals, comparing Imperial College against Cambridge, Manchester, Oxford and UCL 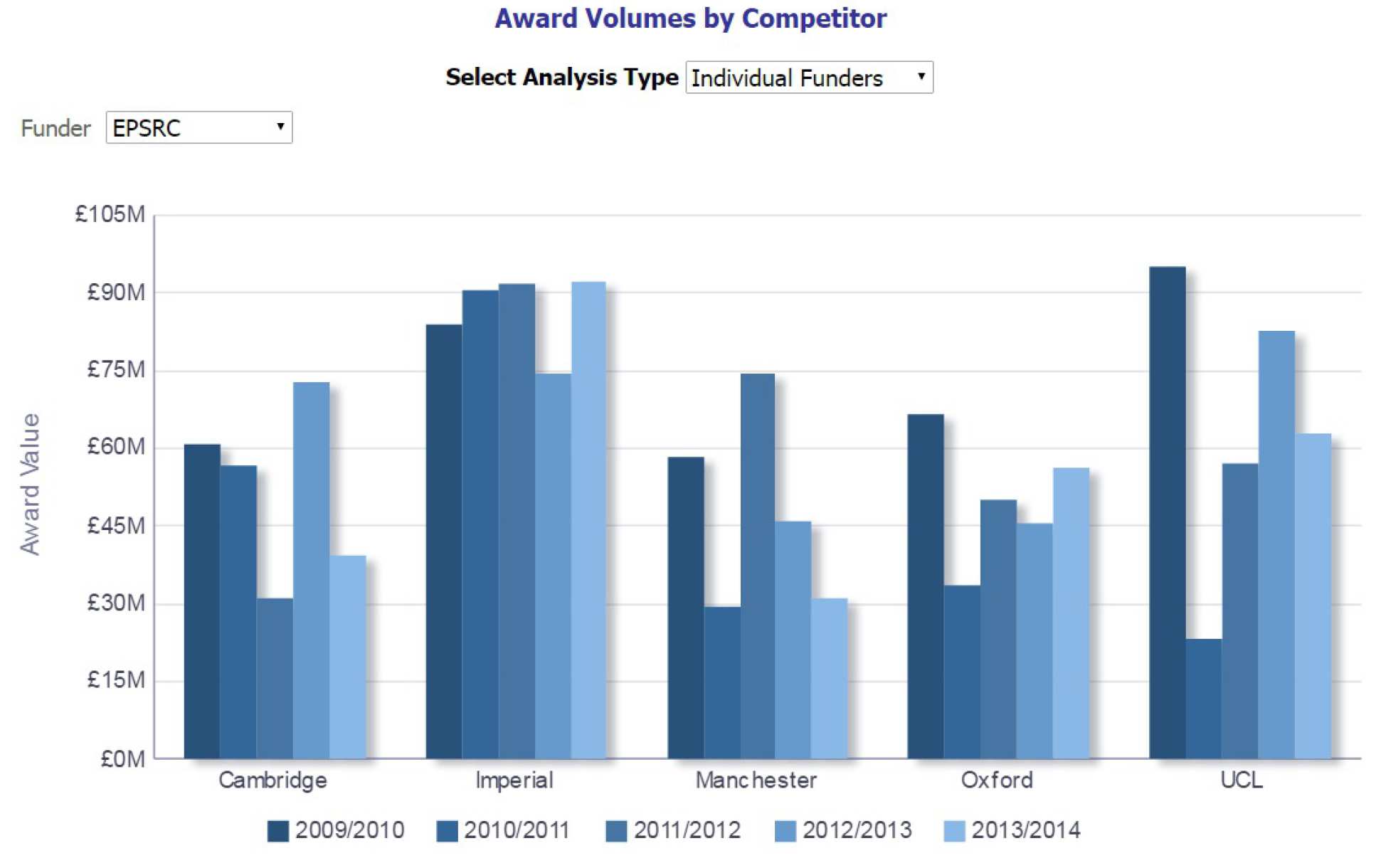 The Competitor Overview page shows reports based on success, volumes and themes data freely available to the public, focusing on Imperial as well as Cambridge, Manchester, Oxford and UCL. The available reports are detailed in the following table:

Many of these charts allow drilling through to more detail, and can then be exported if required.