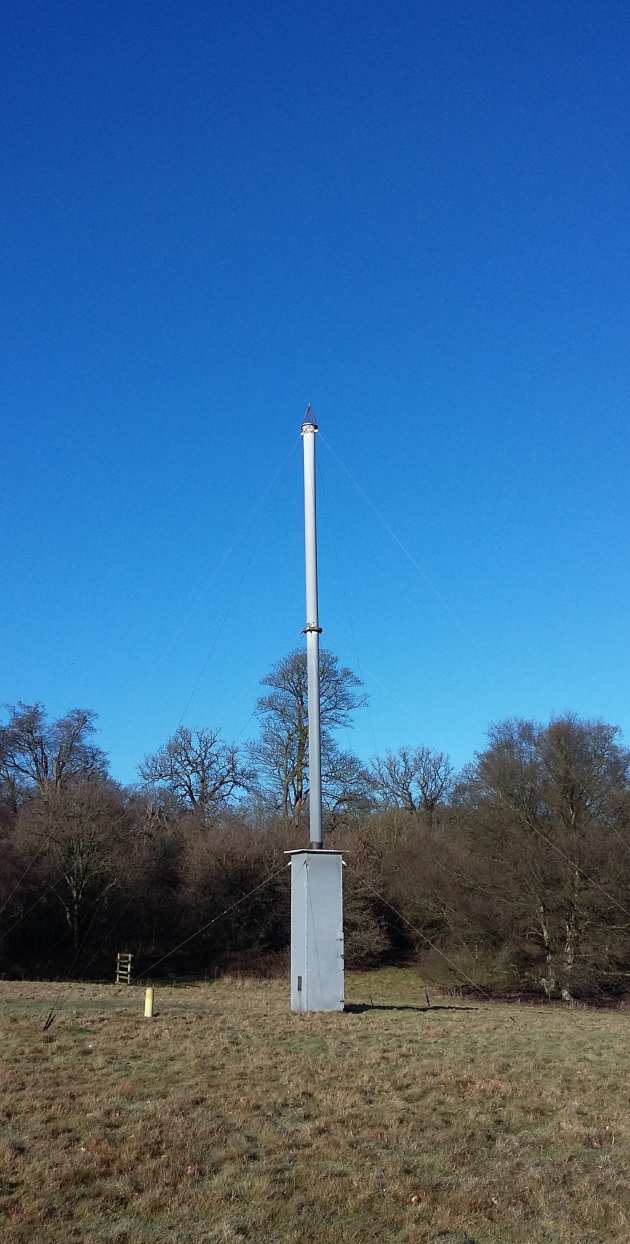 Silwood Park host since 1968 one of the suction traps used by Rothamsted Research to monitor the abundance of aphids and other insects across the UK. The suction trap network is part of Rothamsted Insect Survey, which for over 50 years has build a unique time series data set providing crucial information for pest control and for research on the population dynamics of insects.  This long-term data has revealed dramatic changes in the flight phenology of aphids, particularly in the timing of first flights and length of flight season, which can be related to climate and aphid ecological and reproductive traits (Thackeray et al. 2010, Bell et al. 2015).

The network consists of sixteen 12.2 m tall towers that sample about 50m3 air per minute, which for aphids it is expected to represent the aerial population over an approximate 80km radius.  The traps are emptied daily during the 'aphid season' (April-November) and weekly at other times. Aphids and other insect groups are removed from samples to be identified and counted, while other insects remain in the samples for future analyses.

The larger number of distinct aphid species collected in a trap in a single day is 86, found in Silwood Park the 4th of June 1974. Our trap also share with Rothamsted the record of having collected the larger number of distinct aphid species overtime, 345! (Harrington 2014). Explore how the abundance of aphid species that are major crop pests change through time in Silwood Park and other localities using the Insect Survey or contact Lynda Alderson from Rothamsted Research with enquiries about the network and aphid database. For questions about data or samples from other insect groups please contac Chris Shortall.

Find here a list of publications produced with data from the Rothamsted Insect Survey.