Machine Learning Algorithms (Data-driven techniques): This group of techniques require modelling complex relationships (meta-model) between input and output data. Artificial Neural Networks, ANNs, are mathematical models that can model complex nonlinear relationship between inputs and outputs. They can be applied to localize impact and reconstruct force history based on features extracted from sensor data. ANN is a machine learning algorithm which adapts its structure (weights) based on the input and output of the system during the learning phase through chosen training functions. A large set of input and output data is required to reach convergence. ANN technique has been successfully applied to both impact localization and force reconstruction.

An example of an ANN architecture is shown in the figure.Alternatively, a new class of neural networks called Support Vector Machines (SVM) is proposed to model non-linear system. SVM has shown to reach regularization with much less data in comparison to ANN. This is a very attractive feature as having a large data base of all impact scenarios for each structure is very expensive.

Our group has developed meta-models for impact detection, localization and characterization based considering the environmental and operational conditions of flight. A novel feature extraction has been applied, to extract data such as time of arrival (ToA), which filters the environmental and operational effects. This way, the structure can be trained with a set of training data obtained under a single condition, but be able to predict the impact under variable conditions.

Impact localisation results: actual and predicted results n a curved composite plate, without and with the developed feature extraction method: 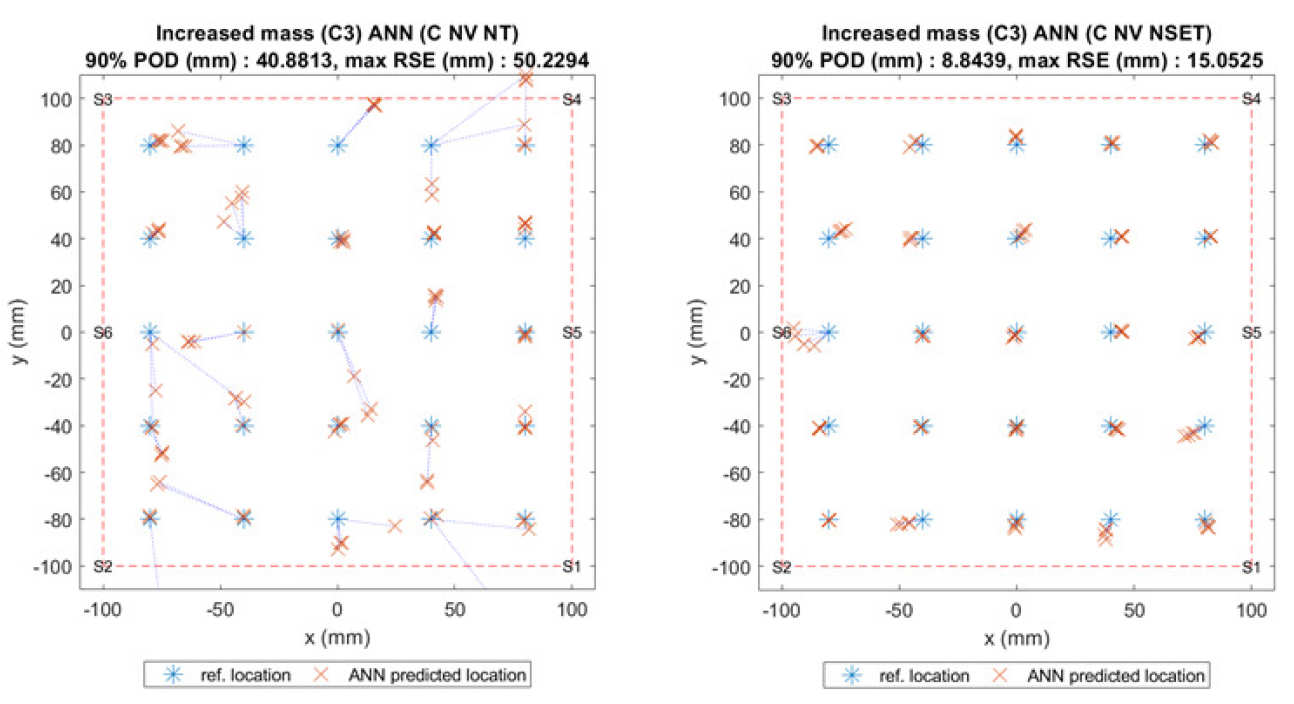