I started my trip a to Beijing a few days early because I had a separately organised meeting with my Imperial supervisor to attend, but it did give me some extra time to explore China and Beijing 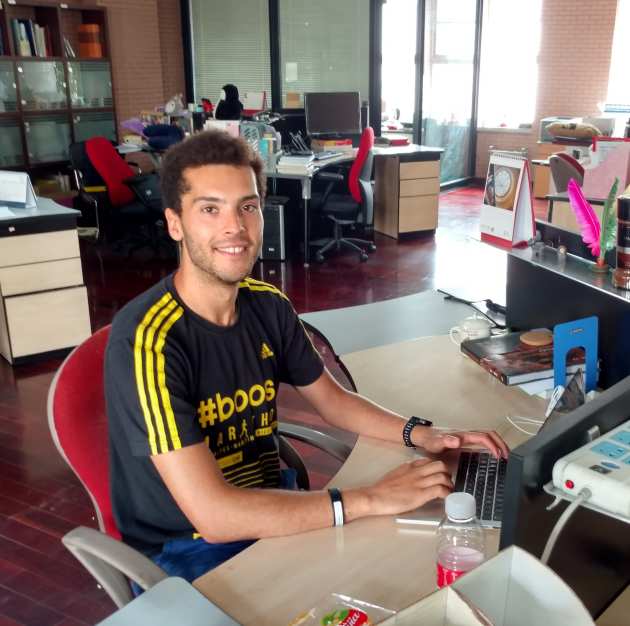 before the programme began. The Imperial-Tsinghua fellows programme was a week long course, with many similarities to the already well known Graduate School's research skills and development (RSD) programme. We were allocated teams with four members from each university and we began a week of team based challenges.

I really relished the challenge of working together with our Chinese counterparts, not only from a language and communications point of view, but also to witness the very different approaches we sometimes took to solving the problems thrown at us. There were a mix of tasks, including skill based games to test our team communication, cooperation, and quick thinking skills. Then there were some more academic based tasks, one of which involved coming up with a research idea related to our group's mix of talents and then "selling" it to an expert panel in the form of a presentation, flipchart paper posters included.

The entire group really bonded over the week, both as a result of the intense group tasks involved, but also because of the moments of respite in which we enjoyed meals at the buffet and local beer at the hotel's exotically themed bar.

The three week research visit followed on from the Global Fellows programme, and it meant among the ten or so Imperial students who remained for the research visit, we had already developed a sociable group and even some good friends. And fortunately we'd also gained a few Chinese students as contacts, whom we could call when we needed some language help, or generally just to reminisce over dinner.

My research placement was at the BP institute, which is housed in the thermal engineering department.. We really felt very welcome at Tsinghua, and I've no doubt our respective departments will find some substantial collaboration opportunities in the near future as a result of getting to know them in person. There really is no substitute for meeting people on their home soil, and I’ve returned to Imperial having learned a whole lot about the

“But I’ve also personally broadened my experience of international collaboration and cultural exploration, knowing that I have a bunch of new friends in Beijing who would be happy to meet up for some karaoke next time I’m in town.”"

Chinese context within my research field.