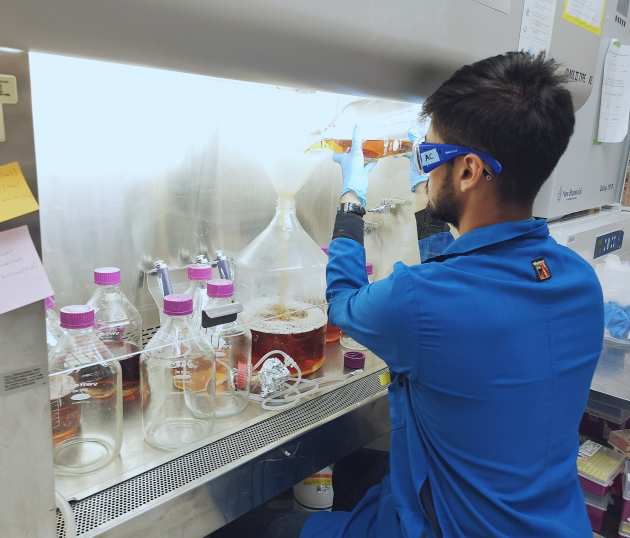 In the summer of 2019, I spent seven weeks working on a biotechnology project within the Department of Chemical Engineering at the Massachusetts Institute of Technology (MIT). In short, this exchange programme has facilitated one of the most interesting and enjoyable experiences of my life! Personally, this is the longest time for which I have been outside the UK and going into this placement I was trying to evaluate whether research would be a good fit for me.

Collaborating with an MIT ChemE student, my project entailed working on the continuous culturing of yeast to produce bio-ethanol. I was tasked with setting up a chemostat to use a strain of yeast (the same as the baker’s yeast used to make bread) to ferment some sugars to turn them into a valuable biofuel. The longer-term motivation behind the project was to convert waste streams from certain industrial processes involving substrates like glycerol, and to add value to these industrial processes by using microorganisms to convert waste streams into useful by-products. This was a general theme running through the lab.

Along with the chemostat, there were several ancillary components to setup. Thus, the majority of the time in the lab was spent preparing growth media and reagents; connecting and calibrating analytical instruments; and culturing the actual biological component. This project introduced me to one of the notable challenges of bio-related engineering, contamination, which curtailed the overall scope of my summer project. Our collected data indicated that our setup does not seem to provide a commercially viable method to produce bio-ethanol, as it is being produced at too low a concentration and would incur large separation costs. However, the experiment has been a useful basis to explore continuous culturing.

This was my first time working in a bio-lab, and I gained a lot of hands-on, practical engineering experience – far more than anything I had worked on at Imperial so far! This aspect of engineering is definitely not my forte, however, it made for an excellent development point. This project made me realise I have a stronger affinity towards mathematics and computational work, whilst reinforcing my passion for research and thus informing my decision to pursue a PhD next year.

It has been nice to make some American friends from my lab group, and nearer the end of my placement they also introduced me around to the Boston nightlife scene. One of my favourite experiences was going along with my project partner to a frat house with his friends, as it turned out to be the best opportunity to meet MIT undergrads. Some of the students I met were the smartest people I have been around, and I love that MIT generally fosters intellectual curiosity. MIT also has an amazing campus, and its own little quirks, like a ‘hacking’ culture (essentially intellectual pranks), unlike those you would find anywhere else. 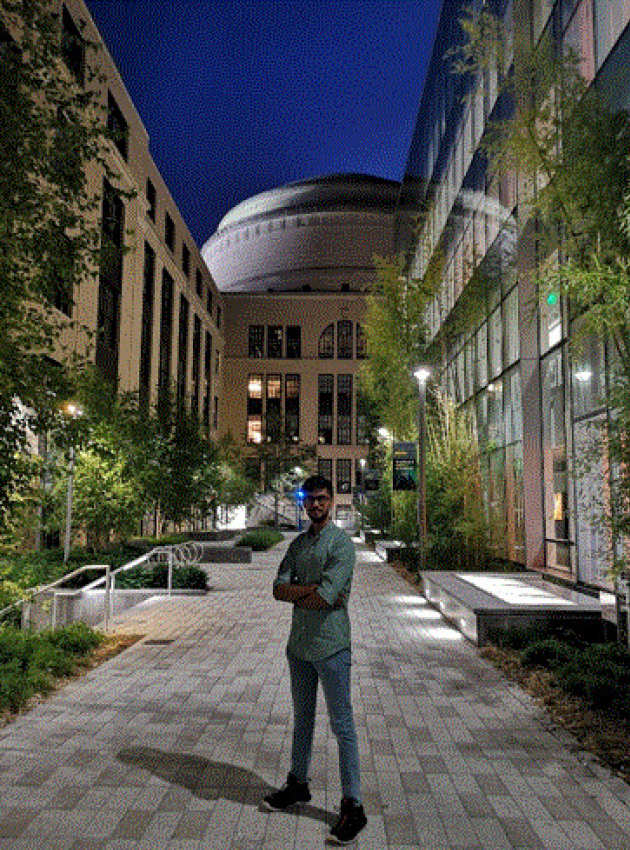 Away from the lab I was staying in the centre of campus in Maseeh Hall along with 17 other Imperial IROP students. They are a fantastic bunch of people and it’s made being away from home feel not at all socially isolating – the total opposite in fact! My personal highlight with the IROP students would be our weekend away to visit New York City! I have also had a fantastic time exploring the surrounding Cambridge and Boston area where MIT is located, and I have absolutely fallen in love with the city! The beginning of our programme was serendipitously timed so that we could enjoy the fantastic 4th of July celebrations that Boston has to offer, including an Independence Day parade in the morning, a BBQ on MIT’s campus for lunch, and a concert with fireworks over the Charles River at night! In addition to your standard touristy things such as exploring the Boston Freedom Trail or going to watch a Red Sox game, for example, the longer duration of our stay has enabled me to also appreciate the more subtle differences in working culture and society between the US and UK.

Overall, it has been an incredible summer – both from a learning experience point of view, as well as simply just having a blast out in Boston.

"In short, this exchange programme has facilitated one of the most interesting and enjoyable experiences of my life!"