Imperial College Union is not just there to help our students enjoy their downtime, it’s also an important source of advice, support and representation to make sure you get the most out of your Imperial experience.

The Advice Centre in the Union building is staffed by professional advisers who can offer free advice on a wide range of academic and non-academic issues, including employment and consumer rights, international student support, legal assistance and academic appeals.

The Centre is independent from the College so all advice, including about academic issues, is confidential and completely impartial.

Imperial’s community is extremely diverse. This diversity is particularly celebrated in the Union’s 350+ clubs, societies and projects, which represent a huge range of interests, cultures and religious beliefs.

There are elected student representatives for every taught postgraduate course and research area at Imperial. Local Reps work to engage with staff on course and Departmental level, while the Central Rep Team works at Faculty and College level.

If you have any feedback about your course or academic experience, for example assessment or resource issues, they’re a great first point of contact and can help you to affect real change. You can also put yourself forward as a rep, a role for which you will be given full training as well as on-going support.

The Union is led by a team of Officer Trustees who are elected every year in a cross-campus ballot. They take a year out of their studies and work full-time in the Union building in a variety of representative roles, for example, Deputy President (Welfare) and Deputy President (Education).

As well as having a hands-on role in running the Union, they also act as a gateway to existing College and Union services. So if you're having any problems and want to confide in a fellow student, they're useful people to chat to. 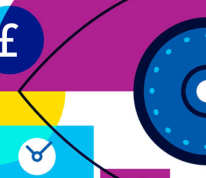