We are planning to create a new student accommodation building on Plot A, which will also include commercial / business space at the lower floors.  Plot A is located at the corner of Wood Lane and Shinfield Street.  It is the last building in the part of the White City Campus that is north of the Westway (A40).

Plot A had previously been identified as the location for new academic offices and support facilities, but this will now instead form part of the White City Campus south site on the other side of the Westway (A40).

As part of a consultation about the plans, we hosted drop-in events for the community in July and October, which were an opportunity to see the proposals, ask questions and provide feedback.   If you weren't able to attend the events, you can still view the plans online (Plot A consultation panels).

We will continue to keep the community updated about the proposals, including once an application has been submitted to the London Borough of Hammersmith and Fulham.   If you have any questions in the meantime, you can contact our team at imperialwhitecityplanning@camargue.uk.

Outline and detailed plans at White City north were previously approved by the London Borough of Hammersmith and Fulham.  Most of the buildings in the northern part of the campus are now complete and in use, with the exception of the School of Public Health which is currently under construction next to Plot A on Wood Lane.  Further work is also being carried out to improve the site’s infrastructure and landscaping.

The White City Campus includes the Translation and Innovation Hub ‘I-HUB’, the Molecular Sciences Research Hub and the Sir Michael Uren Hub, as well as homes including student accommodation at GradPad and homes for Imperial key workers at Eighty Eight Wood Lane.

South of the Westway (A40) is our dedicated community space, The Invention Rooms, where the College’s community engagement team run education, skills and employment-based initiatives for local residents of all ages and backgrounds – making critical contributions to building knowledge and capacity in STEM within the community.  The south site also includes a new innovation space for scale-up businesses, Scale Space.

The whole campus forms part of the emerging White City Innovation District, bringing diverse people and skills together to create a global economic and cultural hotspot. 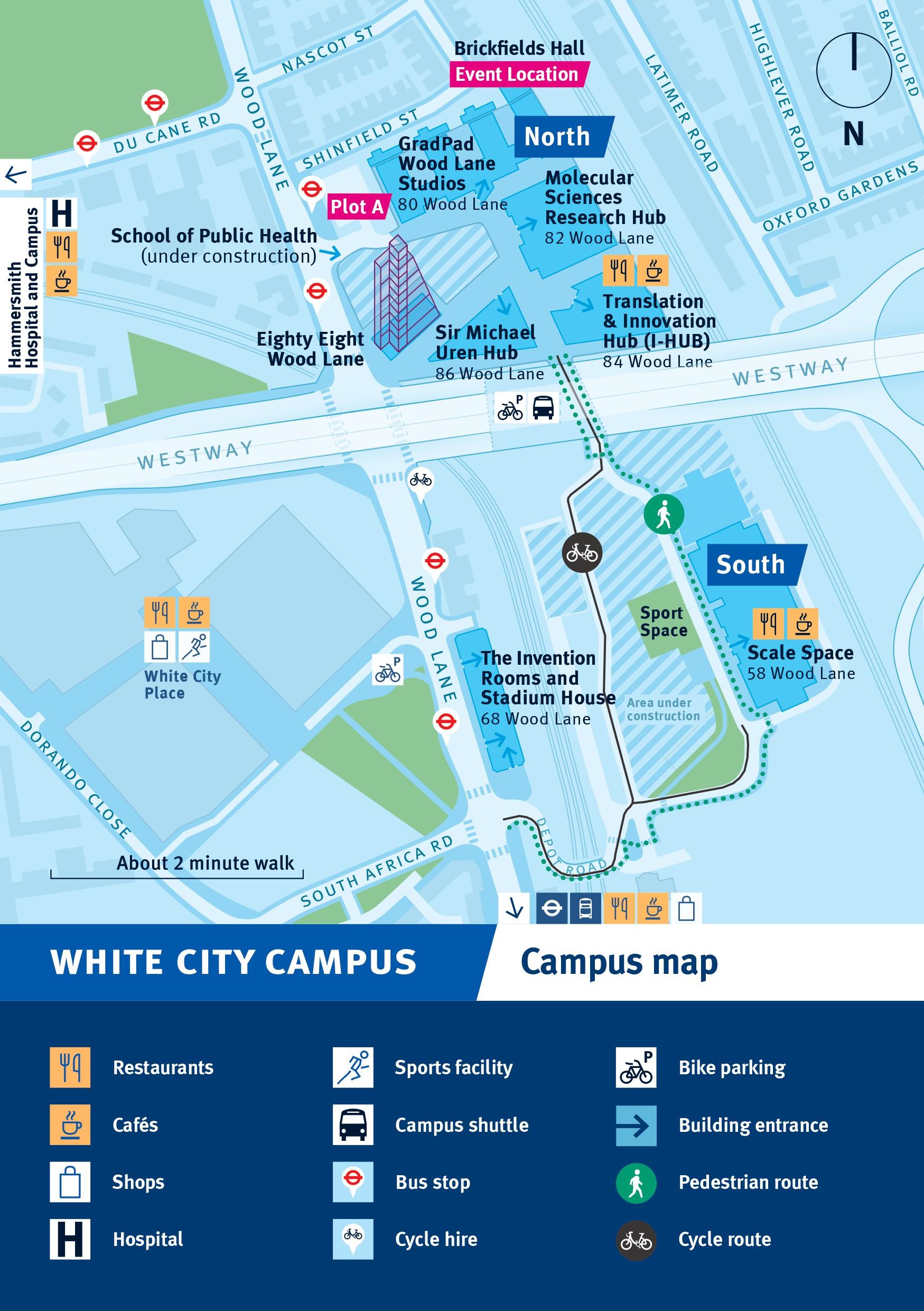