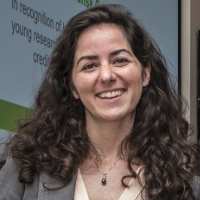 Dr Kyra Sedransk Campbell is currently a Royal Society - EPSRC Dorothy Hodgkin Research Fellow (2016-2020) in the Department of Chemical Engineering. Prior to this, she joined the department as a post-doctoral research associate working with Daryl Williams on work sponsored by the Department of Energy and Climate Change. This position followed the completion of her PhD from the University of Cambridge Department of Chemical Engineering under the supervision of Geoff Moggridge, sponsored by the National Science Foundation (USA). Prior to this, Kyra received her SB from MIT, also in Chemical Engineering, for which she completed an undergraduate thesis under the direction of Karen Gleason. 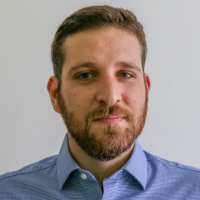 Minos graduated with an MSc in Advanced Materials Science from Imperial College London after completing his MEng in Chemical Engineering at the Aristotle University of Thessaloniki (Greece). Currently, he is working under the supervision of Dr. Kyra Sedransk Campbell and Prof. Mary Ryan. His PhD project, funded by BP-ICAM, aims to improve the understanding of stainless steels and Ni-based alloys behaviour in corrosive environments and specifically bromide containing solutions.

Francisco is currently pursuing a PhD in the Chemical Engineering Department at Imperial College London under the supervision of Prof. Jason Hallett. His research is about the industrial application of ionic liquids (ILs) for complex separations, including: lignocellulosic-biomass fractionation and liquid-liquid extraction processes.

In order to successfully implement IL-based processes at large scale, suitable constructions materials are needed. In collaboration with Dr. Kyra Campbell, Mr. Malaret has worked to assess the compatibility of metallic materials with ionic liquids. They are investigating the corrosion behaviour of metals in ILs as well as the products formed (nano/micro materials) (see Victor Dognin).

Before returning to academia, Mr. Malaret worked in France for eight years as a senior process engineer in the oil and gas, specialising in onshore LNG and FLNG projects. His experience ranges from conceptual studies to Engineering, Procurement and Construction (EPC). 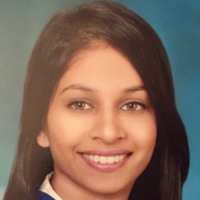 Samara Sadeek obtained a BSc in Chemical and Process Engineering with First Class Honours from the University of the West Indies in 2014. She then worked as a Process Engineer at BP TT (seconded via Facility Construction Consultants) and then at Wood Group Trinidad and Tobago. This was followed by her completion of an MSc in Advanced Chemical Engineering at Imperial College London in 2016 for which she was awarded Outstanding MSc thesis, entitled “Investigating corrosion in novel amine solvents”.

She is a recipient of the Department of Chemical Engineering PhD scholarship, which she is pursuing under the supervision Dr. Kyra Sedransk Campbell and Prof. Geoff Kelsall. Her research is on understanding the fundamental electrochemical and chemical behaviours of corrosion and passivation on iron-baed substrates in aqueous amine solvents for post-combustion CO2 capture. 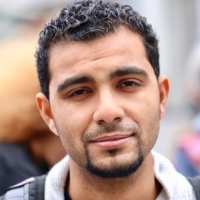 After graduating with a BSc from Aston University, Mustafa spent five years working for the giant oil and gas company, Saudi Aramco. He worked at the Research and Development Centre handling corrosion mitigation challenges in onshore and offshore oil and gas facilities. His project, sponsored by Saudi Aramco, is supervised by Dr. Sedransk Campbell and Prof. Mary Ryan. The research is firstly on establishing with a fundamental basis the corrosion attacks in harsh environments of oil and gas processes. this baseline allows for the development and testing of suitable novel corrosion inhibitors. 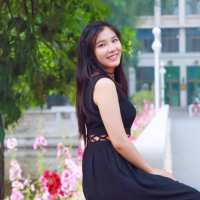 Xiaochu completed her MSc in Chemical Engineering at Imperial College London in 2016-17. She is supported by the CSC (China) scholarship for her PhD with Dr. Kyra Sedransk Campbell and Prof. Geoff Kelsall. Her research is focused on the topic of novel electrochemical methods for the recovery and re-use of materials from end-of-life lithium batteries.

Cristina completed her BSc in Chemical Engineering at University of Santiago de Compostela where she completed her final thesis, entitled: “Styrene production plan with Lummus/UOP SMART SM technology”. She is now enrolled for her MSc in Advanced Chemical Engineering in Barcelona at IQS School of Engineering (Ramon Llull University). For her MSc thesis she is currently a visiting student at Imperial College London under the supervision of Dr Kyra Sedransk Campbell and Prof. Martin Trusler. Cristina’s research project is based on the effects of a specific degradation product on the properties of aqueous amine solvents for post-combustion CO2 capture. 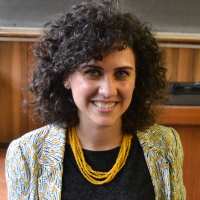 Angela is from Catanzaro, a small city in the south of Italy. She completed her BSc and MSc in Industrial Chemistry from the University of Bologna. During her MSc she worked for her final project at the University of Marseille (France) as an Erasmus student. The project focused on the synthesis and characterization of new chiral ten-membered rings molecules. Her final BSc project was carried out at the University of Bologna and focused on the synthesis of atropisomeric phosphoric acids used as organocatalysts. She’s currently attending the MRes Green Chemistry: Energy and the Environment at Imperial College and her project is being carried out in the Chemical Engineering department under the supervision of Dr. Kyra Campbell and Prof. Jason Hallett. It focuses on the study of metal corrosion in ionic liquids using electrochemical and immersion techniques. 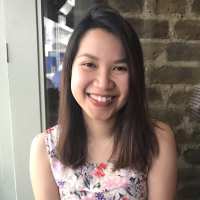 Nicha joined Campbell research group as an MSc student in the Department of Chemical Engineering sponsored by the Departmental MSc Scholarship. She completed her BEng in Chemical Engineering at Tokyo Institute of Technology with a full scholarship from the Japanese Government. Her undergraduate thesis on selective electrohydrogenation using electrocatalyst under the supervision of Prof. Dr. Ichiro Yamanaka was a part of the Japanese Strategic Innovation Promotion Program aimed to enable hydrogen storage and transportation via existing oil & gas infrastructure.

Nicha’s MSc research project with Dr. Kyra Campbell is focused on reducing corrosion of the vessel steel caused by a classic amine solution used in carbon capture process. Her work is currently probing the interactions between corrosion inhibitor, amine solution and steel surface. 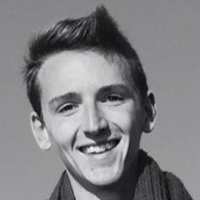 Currently a 5TH year undergraduate student at the National Polytechnic Institute of Chemical Engineering (Toulouse-INP ENSIACET), I did two years of preparating Classes to entrance in engineering high school in Paris. During my first two years in school, I studied chemical engineering (process and chemistry). My last year is devoted to the study of the industrial systems management. I completed a four-month internship at the Imperial College London as a UROP student from May to August 2018.

My project deals with the synthesis of zinc oxide (ZnO) nanoparticles at room temperature with an ionic liquid: 1-Butyl-3-methylimidazolium chloride (BMIMCl) at different water content and different sizes of Zinc particles. Synthesis routes for ZnO currently use high pressures and temperatures. To work with ionic liquid allows low temperatures synthesis and the possibility to develop a green process. The development of new products which allow the water purification while protecting the environment appears as a major challenge. The zinc oxide nanoparticles appear to fit with the expectations.