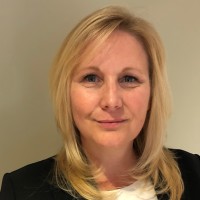 As Head of ICT, ICTU, Amanda Bravery leads the Clinical Data Systems team; a multi-disciplinary team of Developers, Testers and Production Support staff, who work collaboratively with Investigators and Researchers to provide an electronic data capture system in line with the study protocol and regulatory standards.  The team successfully supports many Imperial College Investigators and Clinical study teams with a comprehensive service to facilitate easy, fast and accurate data collection, management and analysis through electronic data systems.

Ayse is the ICTU EDC Trainer and Production Support Analyst. Her role is to co-ordinate online training and to provide face-to-face training to all internal and external users for the EDC systems; to maintain the training records & documents and to issue all users who have completed the training with their certificates.

Additionally, Ayse is responsible for creating user profiles in the EDC systems; troubleshoot any access issues the user may have such as inactivated accounts and forgotten passwords as well as archiving studies when they are closed.

The Development Team consists of eCRF Designer/ Developers who use customers’ requirements to design, develop, test and document eCRFs for a wide variety of trials and therapeutic areas. In addition, the Development Team is responsible for writing validation rules and liaising with the testing team through the various testing and user acceptance cycles.

Abi is the Development Team Leader for the CDS team. She has several years of experience within the clinical industry as trial lead/database developer and reports developer. She has knowledge in EDC (Electronic Data Capture) and  eCOA (Electronic Clinical Outcome Assessment) systems. She has worked across several therapeutic area studies. As Development Team Leader, she is responsible for the leadership and management of the Development Team with the aim of delivering high quality eCRFs for healthcare related trials through the lifecycle of design, development and unit testing. She is also responsible for ensuring that the solutions delivered are both fit for purpose and compliant with regulatory requirements and delivered within strict timelines.

Dom is an eCRF Designer/Developer and, like Smita, is responsible for designing, developing, unit testing, documentation and other validations required for eCRFs. He has previous experience working in clinical trials including generation of source documents and protocol and eCRF review for Phase I-III trials and performing full-service Biometrics responsibilities for Phase I trials. He also has experience performing protocol and ICF generation/review, eCRF testing and cleaning, medical coding, SAP generation and review and computer system validation.

Nayan is the ICTU Production Support team leader for the EDC systems. He has experience developing within the Oracle Applications Enterprise framework, after which he has successfully transitioned into the development and delivery of EDC systems. Nayan has subsequently moved into Production Support to provide user support to all CDS study teams. Nayan's role involves investigating any reported issues and liaising with various internal/external colleagues to gain a resolution.  Another key area of his role is the loading/extracting of study data. Nayan has been heavily involved in the CSV activities in these areas, in addition to the more regular validation activities associated with maintaining a production environment.

Kayode is the Senior Production Support Specialist. His role is mainly service based and covers a wide range such as releasing trials to the test server for User Acceptance Testing (UAT); delivery of EDC trials in liaison with the ICT Change team; user support; incident, capacity and availability management. His other projects entail prototyping EDC functionality to be used in the running of the Clinical Trial Portfolios supported by the team. Kayode is qualified in ITIL version 2 and 3, which is a set of practices used globally for service management.

Francesco is the Validation and Test Team Leader at ICTU. He has extensive experience in multi-disciplinary international clinical trials and research mainly in the field of HIV.

In his previous role he worked as part of a Trial Management Team for one of the Horizon 2020 projects to set up Phase I/II clinical trials across 6 different European countries. This included the design, configuration, validation and implementation of a new Laboratory Information Management System (LIMS) which streamlines and improves the data capture process for clinical trials.

Adina is an eCRF Test Analyst. She is predominately involved in system testing and eCRFs testing in the InForm environment. She authors test scripts and executes tests working closely with the validation test lead, eCRF testers, eCRF developers and senior management. Adina has a strong background in medical technology and she is an ISEB qualified tester with commercial experience.

Dinesh is an eCRF Test Analyst as part of the InForm team. He is involved in system testing and development of eCRFs in the InForm environment.  Having a research and life science background, he applies several approaches to testing and analysis. As an experienced member of the test team, he reviews and approves the release of trials developed across a wide range of therapeutic areas. He takes a sceptical yet risk based approach to ensure clinical trials are developed; fit for purpose and meet the regulatory demands of Good Clinical Practice (GCP). Dinesh is an ISEB qualified tester.

Tolulope is an eCRF Test Analyst with the ICTU team. She is involved in system testing of eCRFs in the InForm environment. She authors test scripts for test cases and ensures appropriate testing is carried out on the system.She works closely with the validation test lead, other eCRF testers, eCRF developers as well as the senior management team.

Her background is Mechanical Engineering; however, she has previous experience on Oracle based software.

Vivienne is the ICTU Senior Data Manager. Her role involves identifying and implementing data management processes required within the department, she works closely with the Clinical Operations team, Statisticians and ICTU Team Leads. She is an experienced clinical data management professional with over 20 years’ experience working in the pharmaceutical industry and the NHS/Private health sectors. She has extensive experience working on clinical trials spanning numerous therapeutic areas and phases with a strong background in study set-up and the conduct of trials.

Learn about participating in clinical trials

In line with steps taken by Imperial College London, as of Wednesday 18th March 2020, ICTU is now operating under a fully remote working policy. This means we are able to continue to function with remote running of all of our clinical research activities.

Note: Our Unit teams are contactable in the usual way via the study specific email accounts, via named person email accounts or by telephone.