Since 2007 we have delivered a large number of outreach activities aimed primarily at educating the public on the world of surgery and medicine.  We have run simulations at a diverse range of settings, including museums, science events, music festivals and public parks.

Our demonstrations generally feature real clinicians performing their normal roles within a simulated setting.  This model enables a sharing of perspectives, where members of the public learn about a world they would not normally have access to, and clinicians are able to gain a greater insight into how publics and patients feel about healthcare.

Some examples of our outreach activities are detailed below. 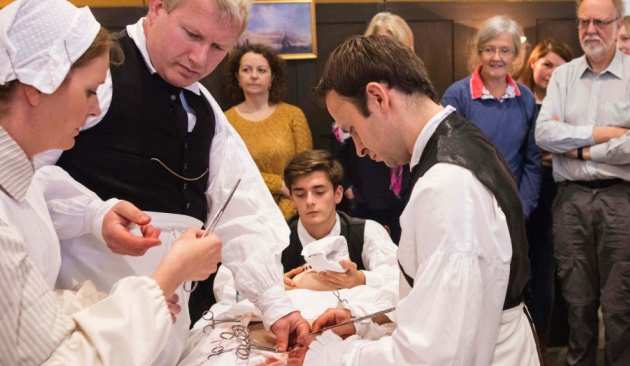 This project, funded by the Wellcome Trust, featured real clinicians working together in re-enactments of three eras of surgical history – 1884, 1984 and 2014.  Members of the public were taken on a time-travelling journey through each era to see how technological, cultural, environmental and social changes have influenced the development of surgery.

Facilitated discussions involving audience members, participating clinicians and other stakeholders explored a range of issues around the ethics and technology of surgery.

332 people attended the events in total, with 259 completing pre and post-event questionnaires. 94% of audience members said that the historical re-enactment provided context for the ethics to be highlighted and 95% said they would like to attend an event like this again. 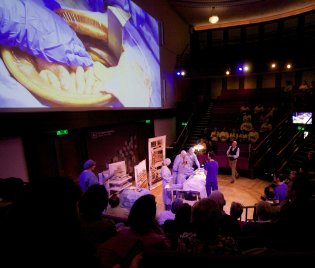 This event explored the world of minimally invasive surgery, showing audience members how keyhole surgery requires surgeons to operate 'at a distance', without directly touching the patient's anatomy.  It also gave audience members the opportunity to try their hands at cutting-edge surgical simulations.

Over 200 people attended the event. 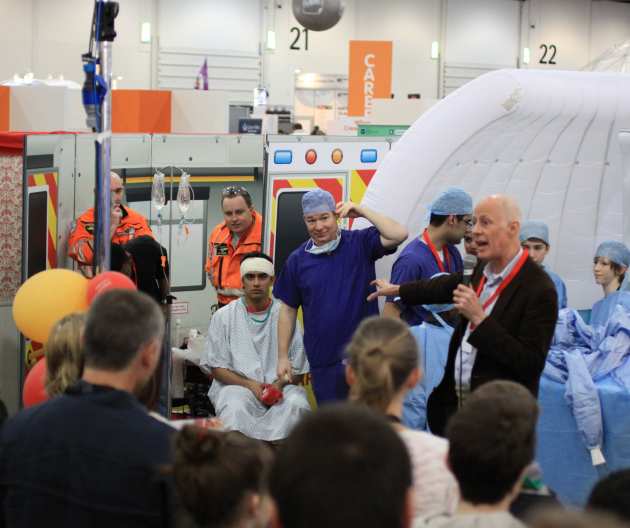 The Big Bang Fair is the UK's largest science, technology, engineering and mathematics showcase for young people and their families.  Our Emergency! demonstrations featured a series of care pathway simulations (asthma, heart attack, stroke and head injury) alongside interactive demonstrations of our haptic and simulation technology.

65,000 people attended the 2013 Big Bang Fair.  498 evaluation forms were returned to us, with 95% of survey respondents indicated they either ‘loved’ or ‘liked’ the demonstrations.