The Centre for Systems Engineering and Innovation is hosting its 2020 Distinguished Master Class on Systems Integration (Online). The invited speakers, Professor Olivier De Weck (MIT) and Andrew Wolstenholme, have long and distinguished careers in delivering complex projects and products in aerospace and construction. The webinar will be chaired by Professor Jennifer Whyte and is a deliverable of the Royal Academy of Engineering and Laing O’Rourke Chair on Systems Integration.

Systems integration is a key challenge for construction. Questions include:

The webinar is particularly tailored to those with experience of systems integration challenges, and we will enable participation and questions from senior colleagues. We invite our colleagues working on infrastructure systems and construction, involved in the delivery of major projects, and in shaping policy through work in government and in professional organizations, including the Royal Academy of Engineering, Institution of Civil Engineers, UK Collaboratorium on Infrastructure and Cities (UKCRIC) and Centre for Digital Built Britain (CDBB). Because of the importance of this topic, we also welcome interested others. To to apply for a place please click here. 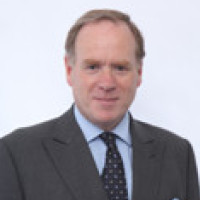 Andrew Wolstenholme graduated from Southampton University in 1981 with a first-class honours degree in Civil Engineering. He served with the British Army for three years in the Royal Engineers and Royal Armored Corps before resigning his commission as a Captain in 1984 to pursue a career in business and engineering.Andrew joined Arup, the international engineering consultant, as a bridge designer in 1987. He was later seconded to Schal Associates in Chicago where he worked on tall buildings along side some of the great American architects. He moved to Hong Kong in 1992 to develop Arup’s project management capability while working on some of South East Asia’s major infrastructure projects including the new International airport at Chek Lap Kok and the Western Harbour Tunnel Crossing.In 1997 Andrew joined the airport operator BAA plc as Construction Director for the Heathrow Express rail link. He went on to lead the delivery of the £4.3bn Terminal 5 as Programme Director and became BAA’s Director of Capital projects running the £10bn development programme across seven UK airports.With a passion to improve the UK’s construction industry, Andrew was invited to lead an industry review in 2009 and his report, ‘Never Waste a Good Crisis’, has helped steer government policy in this important area.He joined the Balfour Beatty Group in 2009 as Director of Innovation and Strategic Capability. He was awarded an OBE for services to the construction industry in the same year and was later awarded an Honorary Doctorate from Southampton University.Andrew joined Crossrail as Chief Executive in August 2011. With 50km of tunnels and 10 new stations constructed in the central zone, Crossrail will provide an additional 10% of rail capacity to London and the South East. As Chair of the Construction Leadership Council he signed a new Sector Deal for construction in 2018 building on the innovation programme developed for Crossrail and the wider construction sector, focused on digitalisation, advanced manufacturing and through life performance of built assets. He left Crossrail in 2018 to take up the role of Group MD, Maritime and Land at BAE Systems plc.With previous non-executive roles on the MOD’s Equipment and Services Board and on HS2, Andrew currently holds the Chair role at Health Partners and runs his own consultancy business as well as a small farm and vineyard in Sussex. Professor Olivier De Weck Olivier de Weck is Professor of Aeronautics and Astronautics and Engineering Systems at MIT where he teaches Technology Roadmapping, Satellite Engineering and Systems Engineering as well as Multidisciplinary Design Optimization. He has authored over 400 publications (12 best paper awards since 2004) and is a Fellow of INCOSE, Associate Fellow of AIAA and Senior Member of IEEE. He served as Editor-in-Chief for the journal Systems Engineering from 2013-2018. He and his group worked with NASA’s Office of Emerging Space to develop new Commercial Space Technology Roadmaps in 2018 and he is a former Senior Vice President of Technology Planning and Roadmapping at Airbus where he was responsible for roadmapping a $1 billion R&D portfolio for the world’s largest aircraft manufacturer. His passion is to improve life on our home planet Earth through research and education in systems engineering while paving the way for humanity’s future off-world settlements. 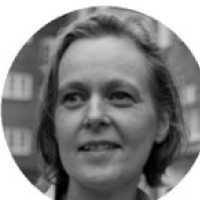 Professor Jennifer Whyte is the Royal Academy of Engineering and Laing O’Rourke Professor of Systems Integration, and Co-Director of the Centre for Systems Engineering and Innovation. She is a Professor in the Department of Civil and Environmental Engineering at Imperial College London and a member of the UK’s Construction Leadership Council. She was Shimizu Visiting Professor at Stanford in 2015. Her research is on systems integration, digital engineering and production systems linked to the construction and built environment sectors. https://www.imperial.ac.uk/people/j.whyte