Many road vehicles such as cars and lorries are classified as bluff bodies, their shape arising due to practical and aesthetic constraints.

It is highly desirable to develop methods to reduce the aerodynamic drag of such vehicles without significantly altering the shape. In the flow control group we are developing a number of passive and active drag reduction methods that aim to achieve this by modifying the properties of the wake behind the vehicle.

These methods are pursued experimentally in the Department's wind tunnels. 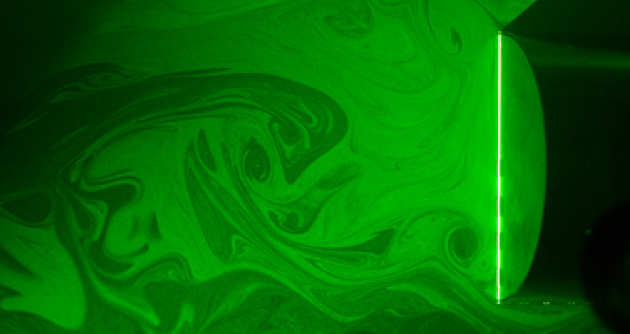 Modelling and feedback control methods are used to achieve drag reduction and flow control both numerically and experimentally. 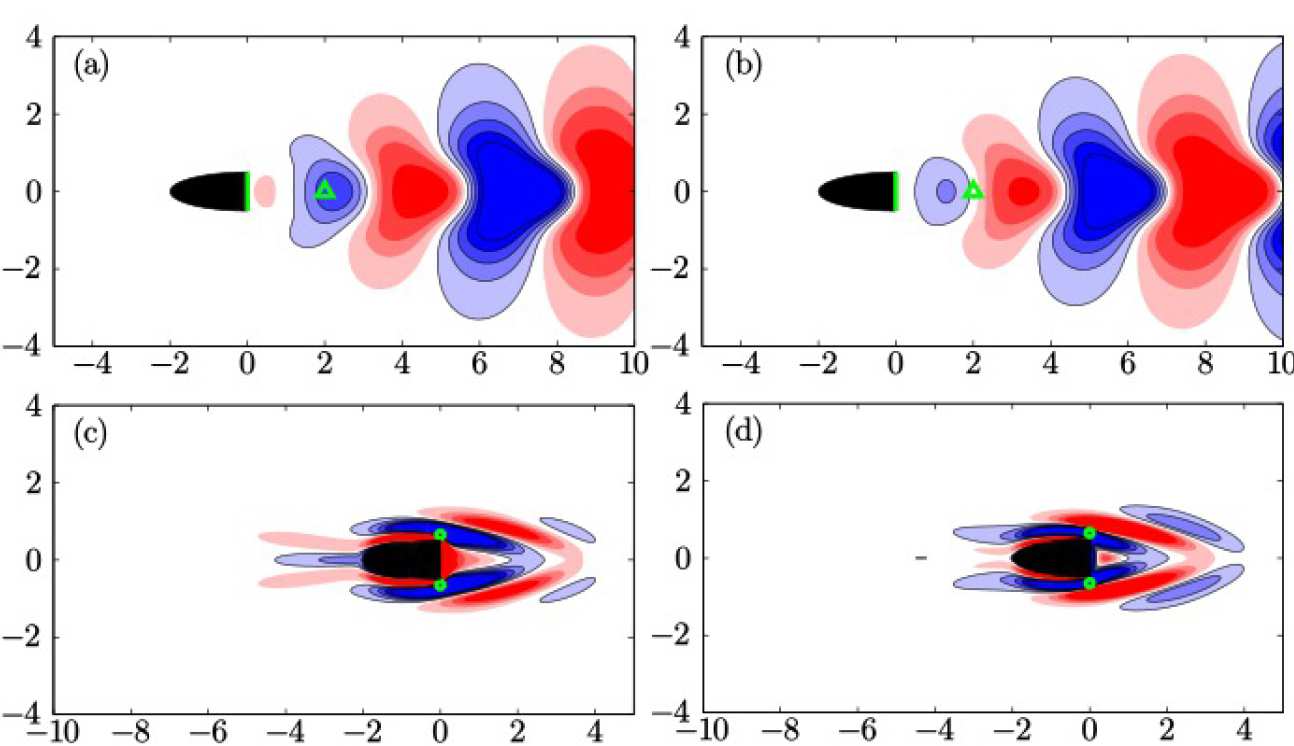 Boundary layer control within the flow control group invlves both the development of novel actuators and fundamental research into the properties of turbulent and transitional boundary layers.

At high Reynolds numbers, typical of a passenger aircraft, the long streawmise coherent motions in the outer part of a turbulent boundary layer exert considerable influence in the near-wall region. Understanding this inner/outer interaction is important and we tackle this problem by using a novel experimental design.

The experiment consists of grid-generated turbulence passing first over a moving ground plane in a wind tunnel so as to create a shear-less boundary layer, which is then rapidly sheared as it encounters a stationary floor further downstream. The velocity measurements carried out show that, for a certain streamwise extent, the pre-multiplied spectra of the streamwise velocity fluctuations, which display a bi-modal shape, resemble those in an equilibrium turbulent boundary layer.

Detailed characterization of the pressure field is currently underway. We believe that the understanding gained from this work, especially with regard to the role of pressure, can help us devising more effective flow control strategies. One such strategy, using a linear passivity-based control, is presently being explored in a turbulent channel-flow setting and the numerical simulations show that the controller operates primarily on the ‘linear’ or ‘rapid’ part of the field of pressure fluctuations. 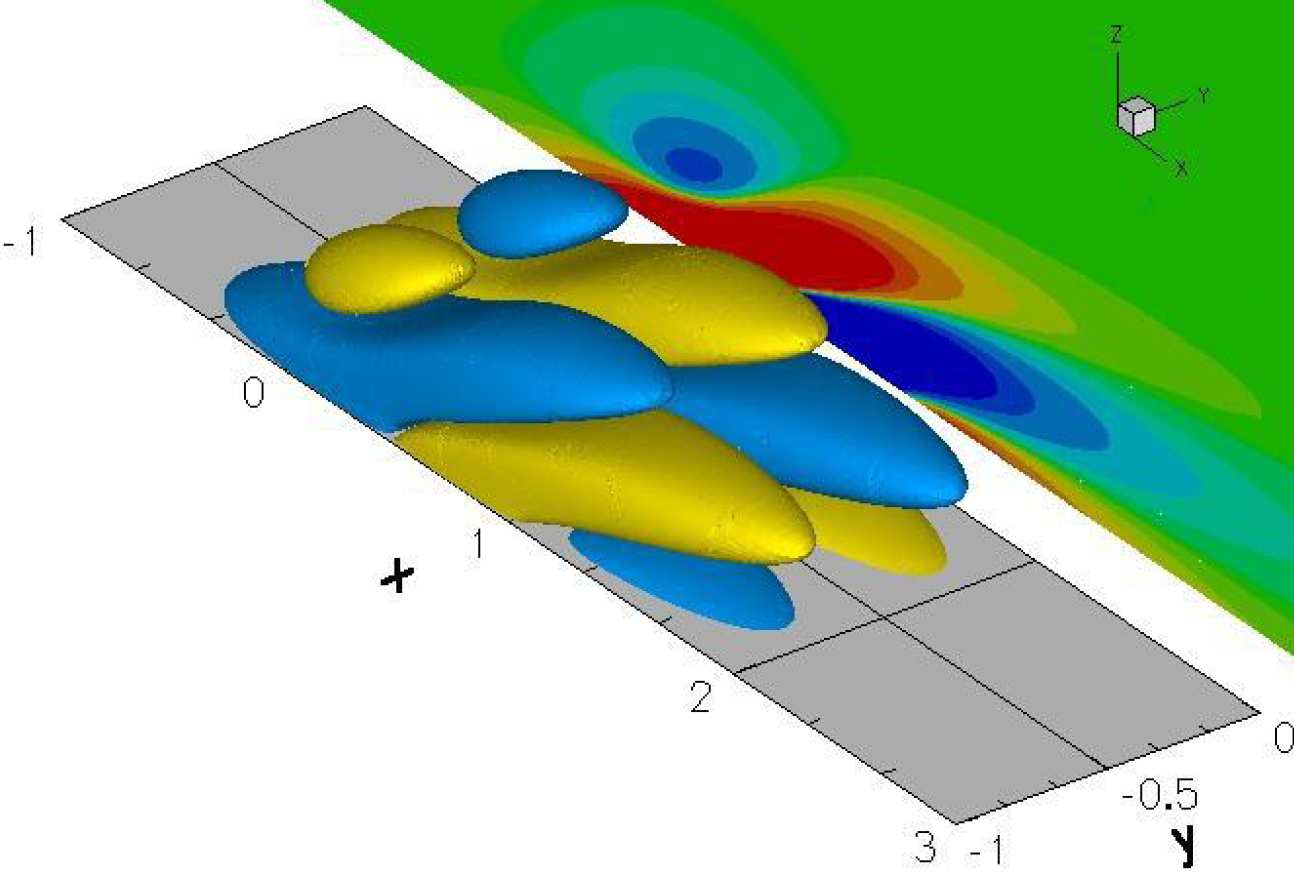 Supersonic flow control within the department of aeronautics involves the study of shock waves. Shock waves are an inherently unsteady flow feature with significant pressure variations. Both require careful management in order to control the shock.

Even passenger jets have a region of supersonic flow over the wing that can be managed in order to reduce the overall drag of the aircraft. One such device researched at Imperial College to reduce aircraft drag is the adaptive shock control bump (SCB). SCB aim to reduce the strength of the shock wave by introducing a secondary shock structure upstream of the main normal shock. This bifurcation of the shock reduces the total pressure losses associated with normal shocks and is therefore a more efficient system.

This element of adaptivity requires a structure that is flexible enough to trigger the bifurcation of this shock yet stiff enough maintain an optimal geometry under the large pressure loading.

Numerical simulations of the fluid structure interaction have been carried out as a stand alone algorithm as well as part of an optimisation procedure. The optimal designs were then tested in the Imperial College Supersonic wind tunnel with a successful bifurcation of the shock wave and an experimental model that demonstrates the potential of adaptive SCB.