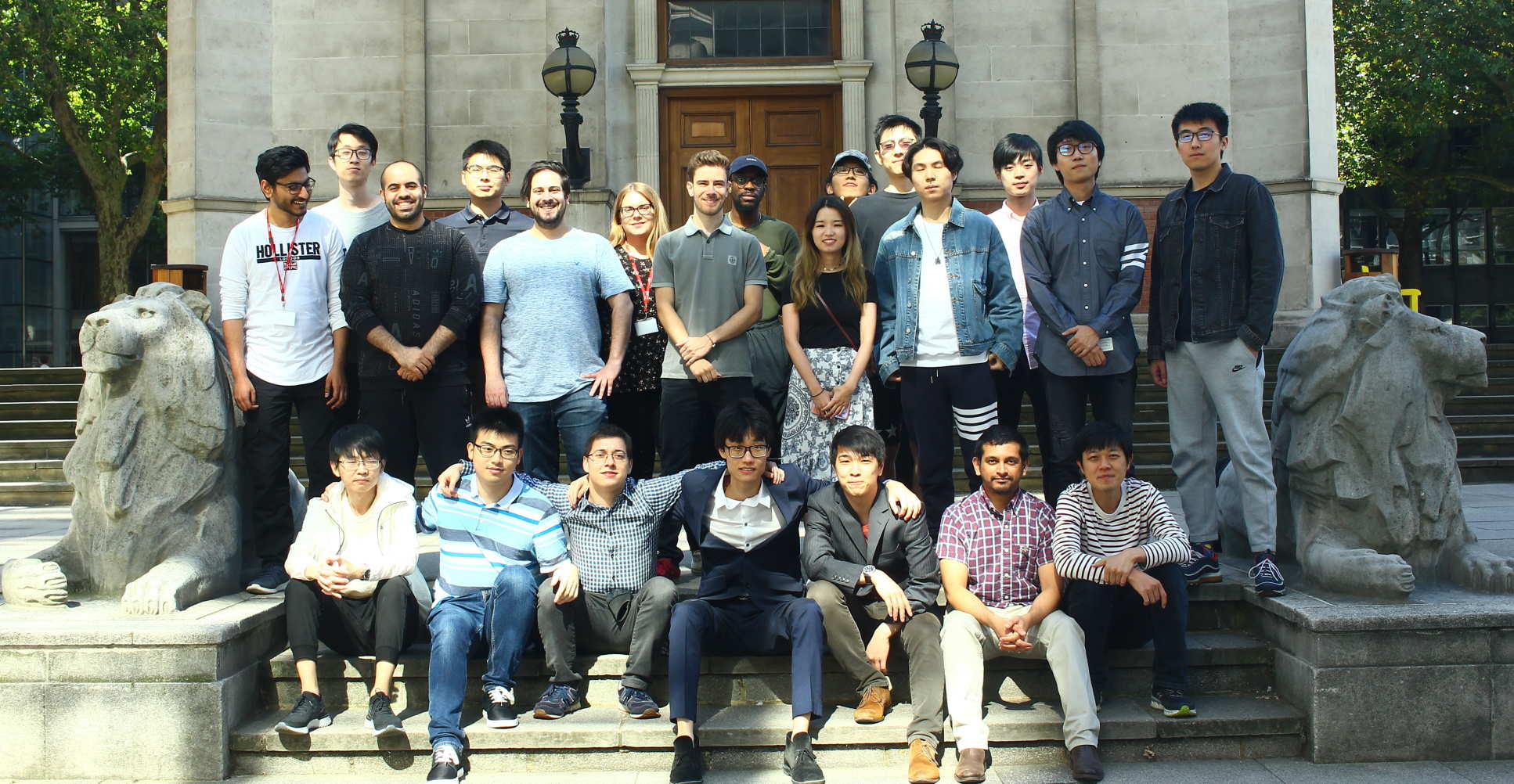 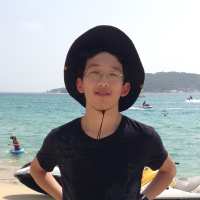 After a year finishing his BEng degree in Building Environment and Energy Engineering in China, Watson continued his study in Msc Engineering Fluid Mechanics with interests in modelling tools. This course allowed him to learn more about turbulent flow and the wide application of fluid mechanic in the engineering project, which help him become a eligible engineer. Besides, with the exercise on programming during the programme, Watson now is looking for area in energy modelling and data process like machine learning. In his free time, he would like to play football and listen to music. 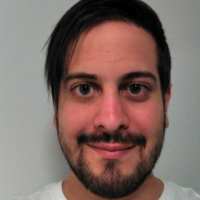 Vasileios has always held a strong admiration for the modern marvels and ancient wonders of engineering. His particular passion for fluid mechanics led him to enroll in the MSc in Engineering Fluid Mechanics for the Offshore, Coastal and Built Environments. His postgraduate studies at Imperial College London have equipped him with the necessary in-depth knowledge of fluid mechanics-related concepts, through comprehensive lectures and the use of advanced software. The research project has been his most memorable experience during the course, from the invaluable interactive sessions with his supervisor to the experiments in the cutting-edge facilities of the Hydrodynamics Laboratory. Vasileios is now looking towards applying the knowledge and skills he acquired from his master’s degree to further explore fluid mechanics as an active member of this evolving research field. 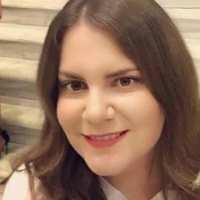 Effrosyni is a Civil Engineer, passionate about waves. She completed her undergraduate studies in Greece, obtaining an Meng in Civil Engineering with a specialization in Hydraulic Engineering. From the first years of her studies, she was fascinated by the challenges of the sea and developed a special interest for marine structures. Following her need for new challenges and opportunities, she left her country and moved to London in order to pursue a MSc in Engineering Fluid Mechanics for the Offshore, Coastal and Built Environments. During this experience, she had the chance to be specialized in the field she loves, as well as benefit from living in a multicultural environment. After graduating from her MSc, Effrosyni is looking forward to apply all the new knowledge she gained as a graduate Subsea & Pipelines Engineer. 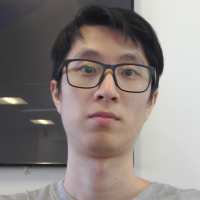 Bowen completed his undergraduate degree in Architectural Engineering, with a year of placement as a river and flood management engineer. With strong interest in fluid mechanics, he chose to enter into the MSc in Engineering Fluid Mechanics in Coastal, Offshore and Built Environment to acquire in-depth knowledge of fluid mechanics and research skills. His areas of Interest include physical oceanography, sustainable energy, sediment transport and machine learning. 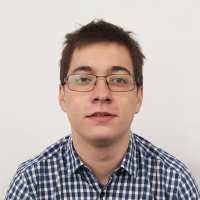 Jorge completed its Meng degree in Aerospace Engineering in 2018 with a strong interest in Fluid Mechanics. That led him to start a new adventure within the Civil and Environmental Engineering Department and the Fluid Mechanics section. He was driven to engage in new projects in a field he did not imagined it could be so fascinating. During the course he has found new paths for a potential future career. From Coastal Engineering, on what he worked during his final Research Project; or Offshore Energy, a field for which he is very keen on; to Sustainable Energy solutions inside buildings. His main interests are Computational Fluid Mechanics and numerical analysis of multiphase free-surface flows. 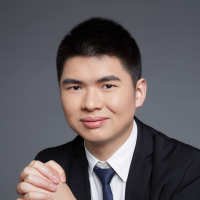 After four years of working in green building sector as a Senior Project Engineer, Luchen realised that despite having opportunities of applying my knowledge in engineering to my daily work, it becomes more and more clear that his knowledge and cross-subject understanding are not enough to fulfil his dream to become an engineer who does pioneering work in sustainable development. He desperately wants to have a more comprehensive understanding to his major by talking to leading experts in this field and brainstorming in an academic atmosphere. A further and deeper postgraduate degree is certainly necessary. Therefore, he chose the MSc in Engineering Fluid Mechanics for the Offshore, Coastal and Built Environments. 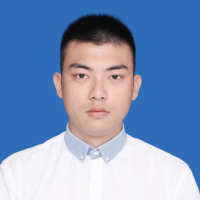 Canwei completed his undergraduate degree in Engineering. With a strong interest in fluid mechanics, he chose to enter into the MSc in Engineering Fluid Mechanics to acquire a critical thinking as well as an international view. This course equips him with both professional knowledge in fluid mechanics and some academic writing skills. He enjoyed the group working and report writing most in this course. Canwei now is looking forward to continuing the research on interactions between wave and structures. He desires to pursue a PhD and make a contribution in this area. His main areas of interest are hydrodynamics and wave energy. 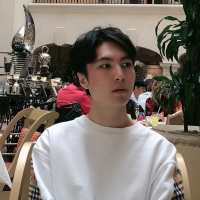 Peter completed his undergraduate degree (First Class with Honours) in Engineering at University of Warwick, interested in fluid mechanics. Afterwards,  he chose to enter into the MSc Engineering Fluid Mechanics for the Offshore, Coastal and Built Environments to deeply research how fluid mechanics can be applied into real world, especially in built environment or offshore field. This course also equips him with quantification analysis and computational skills. His research project is about data analysis on the climatology of wind and wave. After graduation, Peter looks forward to working in financial industry such as hedge funds or  private equity and investment banking division in the future. 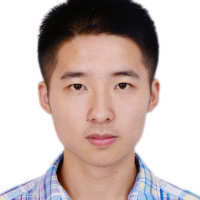 After four years of studying in the university of Nottingham, Shuai had gained basic knowledge in fluid mechanics. The strong interest in fluid couple with the experience in pipe system design during his undergraduate years led him to choose to study fluid course in MSc. His interest is perticular in using simulation software which is massively used in industry to numerically study the fluid motion. The combination of theories and pratical use would allow him to gain deeper understanding on this course. 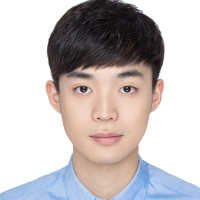 After working in Trinidad and Tobago’s oil and gas industry for more than five years, Keron decided to enrol in Imperial’s MSc Fluid Mechanics for the Offshore, Coastal and Built Environments to advance his current career and potentially launch a new and exciting one. While at Imperial he especially enjoyed the Energy Systems course and for his research project, he chose to investigate the impact of drift motions on the park effect of wave energy converters. Keron hopes to successfully find a job in the UK where he can apply the knowledge he has gained over the last year and is particularly interested in the renewable energy sector. 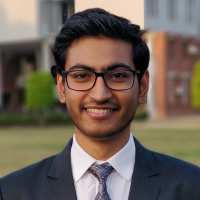 Varad has always enjoyed problem solving and completed his undergraduate in Civil Engineering with a particular passion in Fluid Engineering. He chose to pursue MSc in Engineering Fluid Mechanics for the Offshore, Coastal and Built Environments to gain more insights into the field. He thinks that the world needs to switch to more sustainable energy resources and that there is a vast amount of untapped resources that pertains Fluids. He has equipped himself with the required tools and would like to use this knowledge to make a difference.

Yunxing completed his MSc degree in Engineering Fluid Mechanics. He is a very curious person and has many questions like a kid. The air, water, oil in the cities and nature, indoor and outdoor are certainly an area where he draws curiosity on. He swims in the water and breathe the first wisp of fresh air every day after he opens his window. He wanted to know more about fluids and eventually he did gain valuable knowledge on it along with strong data analytics skills by completing this course. However, knowledge is never enough for a person, he met friends for life during the study at Imperial.

Project title: Research on Finding Proper Parameters to Describe and Predict Wave Breaking and Comparisons of Spatial and Temporal Versions of the Parameters.
[Supervisor: Callaghan, A.] 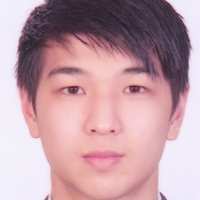 During his Civil Engineering Bachelor’s, Matthew developed a special interest for Coastal Engineering which he further developed at Imperial College. From air flows around structures, to the prediction of tides, the MSc Fluids Mechanics course allows him to acquire a wide range of knowledge, key to progress in relevant fields. During his MSc, he managed to build-up a diverse set of connections from different backgrounds. This will open up a vast amount of opportunities for him in the future. Originates from Hong Kong, Matthew hopes to bring his knowledge acquired from the UK back to inspire others. He will now go back to Hong Kong where he will use his recently attained skills to search for a suitable career path.

Project title: The Role of Blue Carbon in Climate Change Mitigation and Adaptation.
[Supervisor: Mashayek, A.] 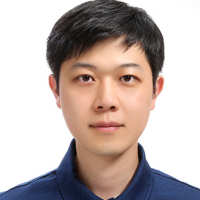 Studying for the MSc in Engineering Fluid Mechanics for the Offshore, Coastal and Built Environments at Imperial Collage London was really a big challenge while pausing my work as an offshore structural engineer in the Oil & Gas industry. However, I wished to learn advanced theories and methodologies for designing and analyzing offshore structures. And now it became a great experience for me to share ideas, experience, and knowledge in the field of ocean science and engineering and to grow academically, professionally, and personally in tandem with many talented students from all over the world. It helped me widen my perspective. I will keep trying to be a better person today than yesterday based on my career and study I learned at Imperial College London. 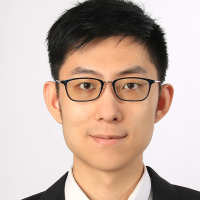 Hongbo Wang completed his undergraduate degree in Civil Engineering, with a strong interest in hydraulics and building environment. He was really immersed in the fantastic and magical designs of buildings and bridges located at various landscapes and environments. He chose to enter into the MSc in fluid mechanics for the Offshore, Coastal and Built Environments to acquire the tools necessary to think critically and from all sides about the interaction between buildings and environment that must occur in the near future. After studying, he was also interested in the area of coastal protection, building ventilation, oceaneering and application of renewable energy. 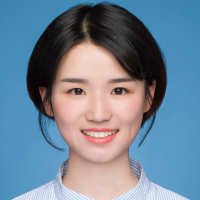 Chengtian completed her undergraduate degree of building environment and energy engineering, which made her interested in the fluid mechanics of built environment. That’s why she decided to apply the MSc program: engineering fluid mechanics for the offshore, coastal and built environments. This course allowed her to digest the knowledge of fluid mechanics better and improve the ability of practice and cooperation, by attending lectures and doing the group coursework. The study experience in this year really built her up and broadened her horizon. After graduation, she will pursue a job associated with this field.