Studying bentonite re-saturation is a challenging task, as it involves swelling upon wetting from groundwater in the host formation and shrinkage induced by heat coming from the energy generated by the nuclear waste in the container. Nevertheless, a good understanding of the phenomenology involved is important to build confidence in modelling the long-term behaviour of the Engineered Barriers Systems (EBS) for nuclear waste disposal.

One of the disposal concepts being considered in the UK is to dispose of High Level Waste (HLW) and Spent Fuel in containers surrounded by a buffer material consisting of bentonite. In fact, this clay’s capacity to swell provides a low hydraulic conductivity barrier and protection of the container. Hence, it is of paramount importance to understand and be able to reproduce numerically the hydro-mechanical (HM) interaction as a key to the swelling of the buffer.

The material object of the present work is MX-80 bentonite, which is among the most suitable candidate to be employed as buffer in nuclear waste disposal.

BBM-type formulations suffer from limitations in modelling the behaviour of very expansive soils (such as bentonite). Consequently, the Barcelona Expansive Model (BExM) was conceptually introduced (Gens & Alonso, 1992) and then fully developed (Alonso et al., 1999) to enable the modelling of such soils. BExM improves on its predecessor by taking into account a double porosity microstructure, typical of expansive soils.

Finally, practical recommendations for waste disposal techniques may be made, according to results.

Gens, A., Alonso, E.E. (1992) A framework for the numerical behaviour of unsaturated Boom clay: an experimental of unsaturated expansive clays. Canadian Geotechnical Journal 29, 1013-1032. 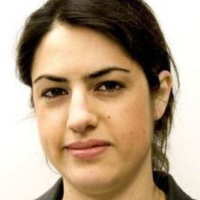