The current drive towards the development of renewable energy sources has led to increased expansion of offshore wind farms (OWF). Despite the high capital cost, the reliability of offshore pile design can be fairly low, particularly in certain ground conditions.

To date, the majority of OWF have been constructed in relatively shallow water (<35m) where gravity base and monopile foundations are suitable and lateral, moment and torsion loads dominate (Doherty et al., 2011). At greater depths, turbines are supported by jacket and tripod structures founded on open-ended driven piles where axial, compressive and tension loading are of concern.

It is well known that while driving resistance in Chalk is fairly low, set up effects are significant, as reported by Vijayvergiya et al. (1977). Previous research (Lehane, 1992, Chow, 1997) has confirmed the friction fatigue or “h/R” effect which may have a significant impact on the mobilised shaft resistance. It is also widely accepted that high compressive stresses occur beneath the pile tip, leading to de-structuration and chalk putty flowing along the shaft (Hobbs & Robins, 1976). A reduction in strength due to cyclic loading has also been demonstrated by Carrington et al. (2011) and Diambra et al. (2014).

In general, the behaviour of driven piles in Chalk is poorly understood and requires further research into, but not limited to: (i) friction fatigue; (ii) de-structuration during installation; (iii) set up; and (iv) the potential impact of cyclic loading applied to piles that have set up.

Iberdrola are currently developing the Wikinger OWF in the Baltic, offshore Germany. The project will consist of 70 wind turbine generators (WTG), installed in 35 to 42 m of water with an installed capacity of 350 MW. The WTGs are to be supported by 4 & 6 legged jacket structures on 2.67m diameter open-ended driven pipe piles. The piles will be founded in in about 50% Weichsellian Glacial Till & 50% Chalk of Maastrichtian age.

A full-scale pile test programme, completed in early 2015, employed original and innovative methods of static and cyclic pile testing as well as dynamic monitoring during driving. The specially designed test frame is shown on Figure 2. The results, along with the outcomes of related research projects and data collected from third parties, will be central to this research.

The research, funded by Innovate UK (formerly the Technology Strategy Board), is a joint industry project (JIP) between Iberdrola (the leader), Imperial College London (ICL) and the Geotechnical Consulting Group (GCG).

The research will have the following primary objectives: 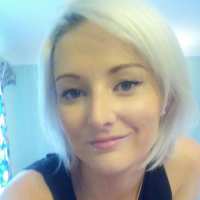