The PISA (Pile Soil Analysis) project is a £3.5M joint industry research project led by DONG Energy and run through the Carbon Trust’s Offshore Wind Accelerator programme, with the industry group including companies who, collectively, own over 70% of the total offshore wind projects in the UK. The academic working group consists of academics from Oxford University (project lead), Imperial College and University College Dublin.  In December 2017 the PISA project won the BGA Fleming Award. 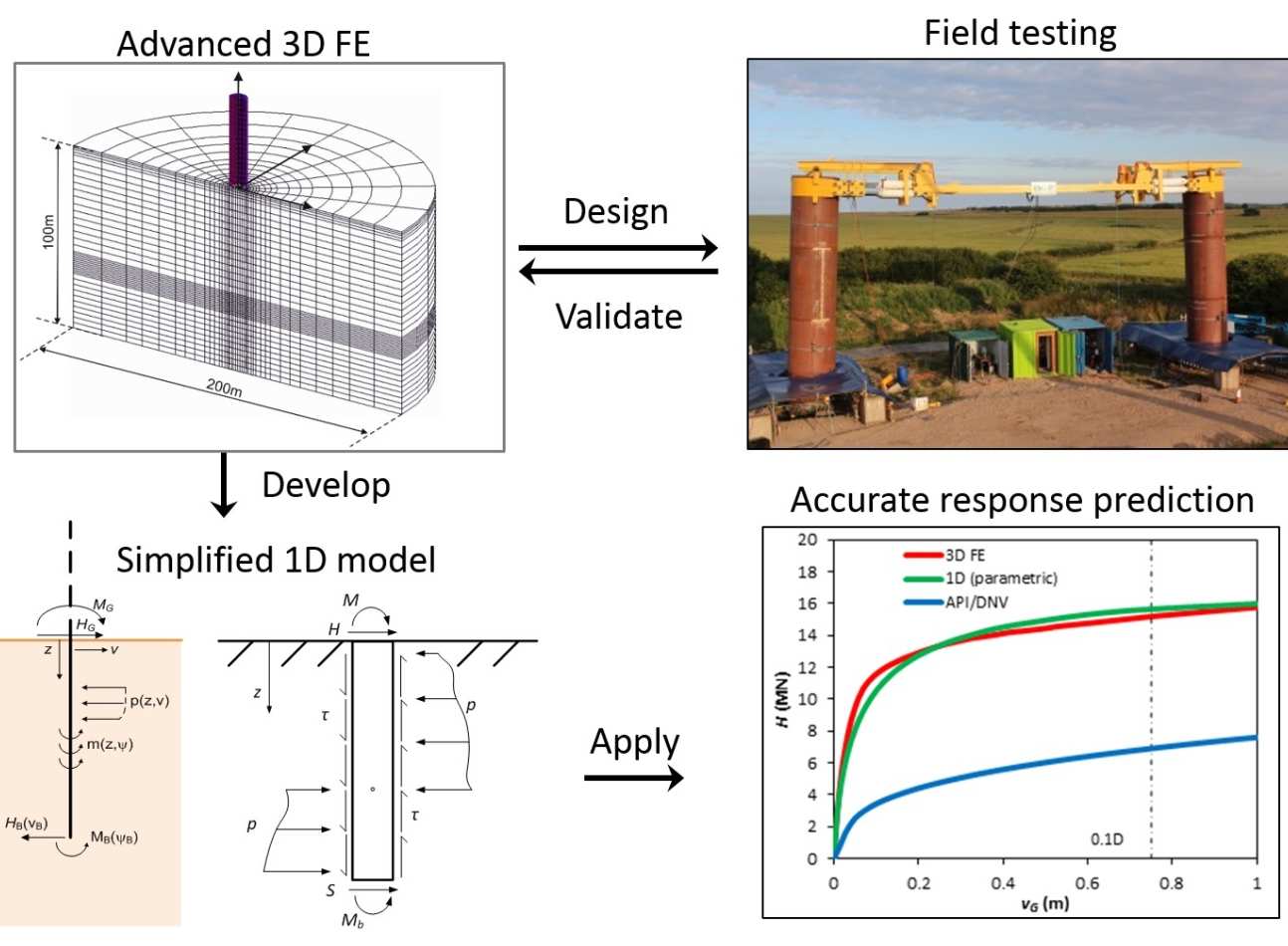 As the contribution of offshore wind in the UK’s energy mix increases and the cost of generated electricity per MWh reduces, the imperative for industry has been to reduce the cost of wind turbine installations. The PISA project resulted from the need to address the shortcomings of current design methods for wind turbine monopile foundations. These methods rely on the p-y methodology and have been shown to produce highly inefficient foundation designs when applied to short and stubby offshore wind monopiles.

The Imperial’s team led the work on advanced characterisation of two pile test sites and on advanced, site specific, 3D FE analyses of laterally loaded monopiles. Element testing, of a stiff clay till from a site at Cowden and of a dense sand from Dunkirk, was conducted in our Geotechnical Laboratories. The results served as input to advanced 3D FE analyses with the bespoke software ICFEP, which accurately predicted the response of medium-scale piles, tested under lateral loading at the two sites. Further ICFEP analyses of full scale monopiles, with up to 10m in diameter and  length to diameter ratios of between 2 and 6, produced numerical data as input for the development of new simplified and improved design methods embodied in a 1D FE model. The project demonstrates significant savings in the cost of offshore wind turbine foundations when applying the PISA design methodology compared to current industry guidance.

The improved foundation design has been credited with the reduction in subsidies attached to the development of new offshore wind farms - in September 2017 the guaranteed price per megawatt hour was reduced to half of that in 2015 and significantly below that required by new nuclear.