First-time users
If you are using the service for the first time please contact the Unit manager, Dr Steve Kaye, to discuss your requirements and answer any questions you may have.

Scope of the tests

Decreased susceptibility of HIV-1 to antiretroviral drugs (phenotypic drug resistance) is usually associated with sequence changes in the viral genome (genotypic drug resistance). Detection of these mutations in the viral genome can be used to predict accurately the susceptibility of the virus to all currently licensed antiretroviral drugs and thus can be used to optimise the use of antiretroviral treatment on an individual patient basis. Currently, the Molecular Diagnostics Unit (MDU) routinely offers sequencing of the protease and reverse transcriptase, integrase, envelope V3 and gP41 genes of HIV-1 plasma viral RNA. Samples with any viral load greater than 50 HIV RNA copies/ml plasma can be analysed, with increasing success rates as the virus load increases (see below). MDU will accept requests for sequencing of virus or provirus in samples other than plasma, such as lymphocytes, cerebrospinal fluid (CSF) and semen.

The routine test for resistance to protease and reverse transcriptase inhibitors generates a sequence covering the whole of the protease gene (99 codons) and the first 260 codons of reverse-transcriptase. The method is a fully validated in-house method. A summary of the validation is available from the Unit Manager. Sequencing of gP41 covers the first 150 codons, integrase sequencing covers the complete gene and tropism testing covers the V3 region and flanking C2/C3 regions.

The resistance assay produces an edited nucleotide sequence which is used to generate a usable protease/RT or integrase resistance report by submission to an online algorithm hosted by Stanford University. The Stanford interpretation is included in the final MDU report. If the user requires the sequence file ('FASTA' file) or the sequencing chromatogram these can be supplied by arrangement with the Unit Manager. Tropism reports are produced by submission to the geno2pheno algorithms hosted by the Max Planck Institute. T20 resistance reports are produced from manual interpretations of available data. Reports are routinely sent out as email attachments, preferably to an nhs.net account. MDU does not provide additional clinical interpretation beyond that provided by the Stanford algorithm.

We aim to issue reports within two weeks of receiving a sample. However, as we offer a bespoke service and make rigorous efforts to produce a result from any sample, turnaround times may be extended if repeat testing is required.

Samples to be sequenced are first amplified using the polymerase chain reaction (PCR) and it is inherent in the nature of PCR that occasional amplification failures will occur due to the virus having an unusual sequence variation (rarely) or due to a low virus load. The success rates for amplification of low load samples (based on 2008 data) are:

If you are unhappy with the service provided by MDU or if you wish to make suggestions on how our service can be improved, please contact the Unit Manager, Simon Dustan (s.dustan@imperial.ac.uk).

For routine testing, the required sample is either two 1ml vials of EDTA plasma, prepared by your local virology or microbiology department or two 6ml EDTA Vacutainers of whole blood. If plasma is prepared locally you should contact the laboratory for their sample requirements but the anticoagulant must be EDTA and the plasma should be stored at -700C or lower prior to shipping. Each sample must be accompanied by a request form. This can either be the form provided by MDU HIV Resistance Testing Request Form Word Document or your own form. If it is the latter it must contain the following details: patient clinic number (not the patient’s name), date of birth, sample date, most recent virus load and test required (standard protease-reverse transcriptase, integrase, V3 sequencing for tropism or gP41 sequencing for T20 resistance). Other details such as reason for test, current and previous antiretroviral therapy are useful but not essential. If requesting a tropism assay, the additional clinical details requested on the form will allow an improved interpretation of the sequence.

Whole blood samples should be couriered to MDU the same day if possible. However, MDU closes at 5-00pm so if a sample cannot be guaranteed to arrive before that time (from a late afternoon or evening clinic) it can be kept in the refrigerator (not freezer) and shipped the next day or can be shipped the following Monday if taken late on Friday. Plasma samples can be shipped at ambient temperature if they are guaranteed to arrive the next day.

Each request accepted by the laboratory for examination(s) shall be considered an agreement. 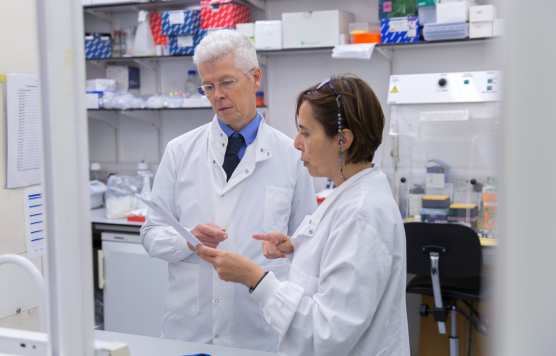