Diane Morgan recalls her rise to the heights of business education via the offices of the New York Times and flea markets of Florence.

With artworks, travelling artefacts and a towering, colourful plant taking centre stage, Diane Morgan’s office decor is somewhat removed from the sober greywash you might expect from someone senior in business or academia. But then Diane’s career path is far from conventional – including stints selling wares at an Italian flea market, marketing the New York Times and Washington Post as well as spearheading innovative business education in China, the US and Europe. 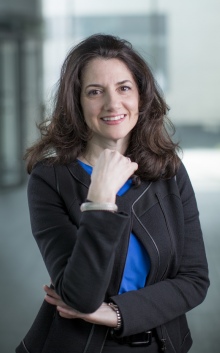 Diane came to Imperial in February as Associate Dean of Programmes at Imperial College Business School – her mission, to develop the vision and strategy for the MBA and MSc programmes.  It’s quite an undertaking, but judging by her relaxed, friendly and calm demeanour, she isn’t fazed by the work ahead. Having previously served as Associate Dean of Degree Programmes and Career Services at London Business School, she’s confident drawing on valuable lessons learned there and applying them to the unique environment of Imperial.

“It is an exciting time for business with a particular focus on innovation and entrepreneurship, which presents a huge opportunity for Imperial.

“Making the most of Imperial’s core strengths – science, technology, engineering, mathematics and medicine – through a globally ranked business school is the reason I moved here,” she says.

Near the top of Diane’s priorities is to further expand the Business School’s international brand, building on the platform of Imperial’s Global MBA, set to begin teaching in January 2015.

“Online courses are already having a dramatic impact on the higher education marketplace. They can offer access to students in every country of the world including those previously excluded whilst at the same time giving us access to smart students.”

Diane also aims to continue the successful work of the College in supporting women’s aspirations in business. Imperial already stands out from other business schools with a near equal proportion of male and female students enrolled on its courses.

Nevertheless, Diane believes that business schools (Imperial’s included) have a further vital role to play in boosting the numbers of women in senior positions at the executive director level and on the boards of public companies. The latest data from the Professional Boards Forum shows that women make up just 20.4 per cent of FTSE 100 directors.

“We have a place in asking women: ‘what does your long-term career plan look like?’ Then making sure that plan includes senior positions with a focus beyond those first few years out of business school.

“I’m always excited when I hear an MSc candidate talk to me about her plans to be a CEO; I want to hear more women say this early on.” 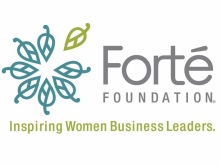 Diane sits on the board of The Forte Foundation – a consortium of leading companies and top business schools working together to launch women into fulfilling, significant careers by providing access to business education; work and entrepreneurial opportunities; and advice and mentorship from an existing community of successful women.  So far, the group has awarded £27 million in scholarships to 2,300 women in the 10 years since it was launched.

While business education has been at the forefront of Diane’s career – as a student then provider – she’s also keen to emphasise that it can sometimes be beneficial to go off script a little and take risks. 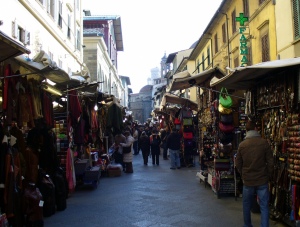 In her early twenties she moved to Italy and worked in a flea market in Florence – the Mercato di San Lorenzo – selling products such as leather belts and wallets to tourists.

“It was always good honest work. I took real pride in finishing at the end of the day and the simple metric of having to pack less in the evening than I had unpacked in the morning,” she recalls.

Ten years later and after completing her MBA at Columbia Business School, Diane moved to China to teach international business to students and English language to academic staff at the Jiangsu Polytechnic University in China. She was based at the institution for six months and learned key skills such as developing a curriculum and network-building in Asia.

“I’ve been guided by an appreciation of all forms of education and learning and I think that really challenges your definition of success,” she says.

Still, Diane has learned the hard way that success ultimately means certain sacrifices – with demanding jobs having had an impact on her private life.

“There have been times when my family and friends wouldn’t call me because they knew I was so busy travelling and working and that can be a lonely place to be.”

Yet she is keen to emphasise that she couldn’t have got where she is today – a successful woman in business education – without having a supportive network.

“Throughout my life, I've had incredible mentors, sponsors and genuinely thoughtful family, friends, colleagues and classmates who encourage me,” she said. 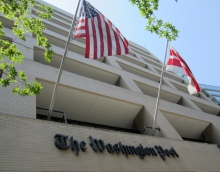 When Diane worked at The Washington Post’s office in New York, the boardroom offered sensational views over Central Park, but she realised in her final week she never once took the time out to lunch there. This time round in London, she’s promised herself things will be different.

“London is one of the greatest cities in the world and although I lived here before from 2005 to 2012, I only scratched the surface. This time I’m spending more time at the theatre, reading historical novels and taking walking tours of London. Even the Jack the Ripper tour has been a great source of cultural city knowledge!”

Spending time with family is one thing that Diane loves to do outside of work.  She regularly flies to New York to see them and every year she takes her two teenage nephews to explore a different country.

“My mother taught me not to wait for the moments to happen but to celebrate the wonder of life every day,” she said. “As you get older in your career you realise that you have to make time for things outside of work because it’s good for the soul.”