New research group to tackle the growing threat of superbugs A new multidisciplinary research group that aims to tackle antimicrobial resistance (AMR) has been launched at Imperial.

The Antimicrobial Research Collaborative (ARC) is a network of researchers, clinicians and allied healthcare professionals from Imperial’s faculties, Imperial College Healthcare NHS Trust, industrial and third party collaborators who have joined forces to address the global threat of AMR.

The main aim of ARC is to conduct multidisciplinary antimicrobial research in areas such as AMR, and translate findings into novel infection prevention strategies and therapies that can benefit patients.

ARC will also look at antimicrobial research in the broadest sense such as addressing major infectious diseases ranging from TB to malaria and consider all types of approaches to treat them, including new vaccines.

ARC was formally launched at a networking event at Imperial on 5 June 2015.

A 2014 government review by economist Jim O’Neill estimated that failing to tackle AMR will result in at least 10 million extra deaths a year by 2050 – more than the number of people who currently die from cancer.

It occurs when microorganisms are able to survive exposure to antimicrobial medicines such as antibiotics that would normally kill them or stop their growth. This results in the drugs no longer working to treat infections.  When microorganisms become resistant to most antimicrobials they are known as superbugs.

AMR is accelerated by the inappropriate use of antimicrobial medicines, incorrect prescribing and poor infection control practices. 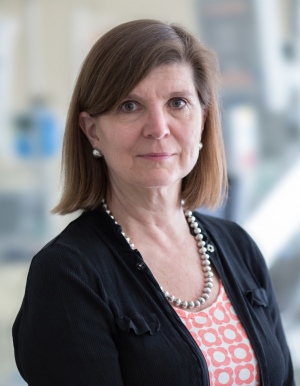 “The rapid spread of AMR is a serious global public health issue.  If we don’t address it, infections which were once easily treatable will become fatal.  ARC will tackle this problem by adopting a collaborative approach across a broad range of disciplines, so we can look at AMR from many important perspectives; from chemistry and down amongst the genes, to amazing innovations in engineering and in immunology, through to epidemiology, behavioural change, policy and implementation.  These research findings will make their way from the laboratory to patients and populations so that we reduce the impact of AMR on health right now and in the future.”

ARC will address key challenges in AMR research by adopting a ‘one health’ approach, which recognises that the health of humans, animals and ecosystems are interconnected.  AMR research will be delivered through nine cross cutting themes spanning the breadth of biomedical and clinical research at the Imperial and Imperial College Healthcare NHS Trust.

"These research findings will make their way from the laboratory to patients and populations so that we reduce the impact of AMR on health right now and in the future."

These range from molecular and structural changes to cells, which make bacteria resistant to antibiotics, to modelling methodologies to understand the emergence and spread of AMR at the population level.  Other areas that will be explored by ARC are new antimicrobial treatments, novel rapid diagnostic tests, public health policy on maintaining a healthy society, and developing new strategies for preventing the spread of infection at a local and global level.

ARC also aims to train and develop the next generation of researchers and clinicians who can confront the growing AMR challenge.   The ARC@Imperial Early Career Research Fellowships scheme was announced at the launch event.  It is a one year funding award for early career postdoctoral researchers who are working in the field of antimicrobial research.

The collaborative involves more than 100 academic experts working across the Faculties of Medicine, Natural Sciences, Engineering and the Business school at Imperial College London and Imperial College Healthcare NHS Trust.

ARC is an example of the work of the AMR activities conducted by Imperial College Academic Health Science Centre (AHSC), a joint initiative of Imperial College London and Imperial College Healthcare NHS Trust.  It aims to transform healthcare by turning scientific discoveries into medical advances to benefit local, national and global populations in as fast a timeframe as possible.

Professor Jonathan Weber, Director of the AHSC, added: “The AHSC will be the forefront of addressing the global threat of AMR over the next five to ten years.  ARC is just one example of our activities which will showcase how we are best placed scientifically and clinically to take a lead on the management of AMR, so that we limit its risk and minimise its impact.  ARC’s research findings and work have the potential to transform health outcomes of patients and populations in the UK, and around the world.”

Further information on ARC and the ARC@Imperial Early Career Research Fellowships scheme can be found on the ARC pages.

With the public's help, Imperial researchers are tackling the rise of superbugs