Dr Andreas Mogensen launches next month on board a 10-day mission to restock the International Space Station and carry out zero-g science experiments.

Q. How does it feel to be achieving such an ambitious goal as going into space, after all those  years of study and training?

A. I am incredibly excited about my upcoming mission and also proud of what I have achieved. But you don’t achieve such an ambitious goal in one step. It requires a lot of smaller goals along the way, such as completing my MEng in Aeronautical Engineering at Imperial and PhD in Aerospace Engineering at Texas University, of which I am almost as proud of as becoming an astronaut. I look at it as more of a journey that hopefully won’t end with this mission.

Q. I understand your career in exploration effectively began while you were a student at Imperial? 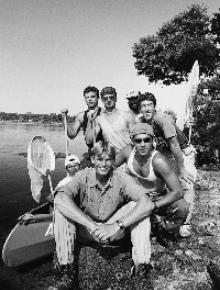 A. That’s right. Imperial’s Exploration Board supported two trips to South America on which I was a team member, then team leader. The first one, called Netspedition, involved canoeing to inaccessible areas of the Venezuelan Amazon to document butterfly biodiversity. The unique thing about that trip was that we sent regular digital reports and photographs via satellite phone to be uploaded to the embryonic internet, so that scientists around the world could track our progress and effectively collaborate virtually. That’s very much common place for field trips now of course, but it was quite pioneering at the time. Incidentally, the Netspedition name is a two-way play on the internet and the nets we used to catch the butterflies! The second expedition, I actually organized myself in 1999, which involved kayaking along the Urubamba-Ucayali River in Peru.

During the interview rounds for the astronaut selection, I was asked about both expeditions and ESA definitely saw it as a positive thing.

Q. After Netspedition, it’s interesting to note that you remain a keen blogger, tweeter, all-round online-communicator. Clearly you place great value on sharing the space programme’s work with citizens round the world? 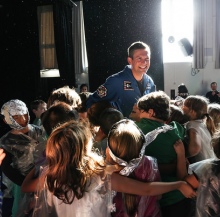 A. Netspedition was actually remarkable in how it anticipated the importance of social media in the future and this was back in 1996! I think we have seen a revival in the last few years in the interest in space exploration amongst the public and partly this is due to social media, which allows the public to participate much more closely in the discoveries that we are making. We have seen this not only with astronauts aboard the International Space Station, but also with robotic missions like Rosetta and New Horizons, which 'live-tweet' their findings.

More importantly, I think that scientists also have a responsibility to engage the public, not only to explain the purpose of their research and why it is important, but also to increase science literacy in general. This is especially true for scientists who receive public funding.

Q. Thinking back to your Imperial exploration days and various work placements, offshore, undersea, and now space – what are the key attributes of any intrepid explorer?

A. Curiosity, a sense of wonderment at the beauty of our world, and a desire to explore and discover not only our surroundings but also our own mental and physical limits. This is what drives me and seems to be common among most explorers.

Q. Were there any high points and low points from the training for the upcoming 'iriss' mission? 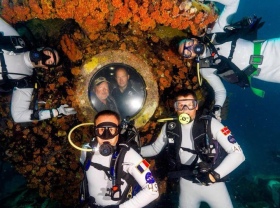 A. One of the benefits of the job is that there are so many high points in the training prior to even going into space. Living underground for a week and exploring some of the large cave systems on Sardinia is certainly one of the highlights as is living in the Aquarius habitat for two weeks at 20 meters depth on the seafloor during the NASA NEEMO missions. These experiences are special and unique on their own right, even if I never made it into space for whatever reason.

The biggest challenge during the training is all the travelling, especially when you have a young child at home. In 2014, during my daughter’s first year, I was at home for about 8 weeks in total. Luckily my wife and daughter were able to visit me during much of the training.

Q. I understand you’re doing some experiments in space – can you tell us a briefly about those? 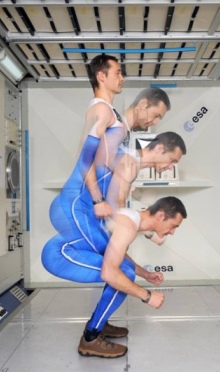 A. I have a packed program of science experiments and technology demonstration projects during my ten day mission. On the science side, we are particularly interested in studying human physiology and the effects of weightlessness on astronauts. Endothelial cells are just one type of human cells that we are looking at to better understand the cell cycle and how the cell functions are affected by weightlessness. This will give us greater insight into cells in general and how they function on Earth. On the technology side, I will test a new Skinsuit (left) that will imitate the longitudinal loading on the spine from gravity; real-time communications equipment that will allow greater cooperation between astronauts and the control center; and new Bluetooth technology for exercise monitoring. I also hope to have time to release two Danish-built Cubesats into low earth orbit from the space station.

Q. With the debate about Mars colonisation and ‘one-way trips’ taking centre stage, I guess it becomes ever-more important to understand biology in space?

A. This is where the International Space Station really becomes important, because it is a unique laboratory that allows us to understand the effects of weightlessness and long duration space flight on human bodies and more importantly, how to counteract these negative effects. It is also an ideal platform for testing some of the technologies that we will use on future missions beyond low earth orbit.

Q. Are you a firm believer in manned space flight as opposed to exlusively robotic exploration? 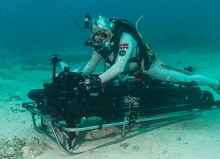 A. I think the debate between manned versus robotic exploration is misplaced. Both manned and robotic missions have important roles to play in the future, depending on the goal of the mission. For example, a mission to characterise the global distribution of minerals across a planet can be accomplished much more efficiently by an unmanned satellite, whereas a surface exploration mission to search for life is much easier for a human than a robot. Steven Squyres, the principal investigator behind the Mars Exploration Rovers Spirit and Opportunity, has said on numerous occasions that robots are no substitutes for astronauts when it comes to properly exploring Mars.

Q. What next for you after ‘iriss’? How does one attempt to set goals after being in space?

A. I will continue, at least for the foreseeable future, as an astronaut with the European Space Agency and hopefully I will have an opportunity for a second mission. I would also very much like to be part of future space exploration missions, either manned or unmanned beyond low earth orbit. There are so many exciting places in our solar system to explore in more detail.

On behalf of the Imperial community we wish you the very best of luck! 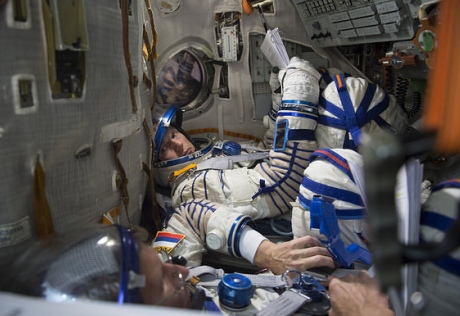 Upcoming events at Imperial with a focus on space include:

'Virgin Galactic: the journey to space'

Former Universities Minister David Willetts on space and security for the annual Vincent Briscoe lecture, hosted by the Institute for Security Science and Technology.