Researchers at Imperial College London have been looking into the therapeutic potential of MDMA, psilocybin and LSD.

The results of a 2014 study lead by Professor David Nutt show that MDMA decreases activity in the limbic system – a set of structures involved in emotional responses. These effects were stronger in subjects who reported stronger subjective experiences, suggesting that they are related.

Professor Nutt said: “The findings suggest possible clinical uses of MDMA in treating anxiety and PTSD, but we need to be careful about drawing too many conclusions from a study in healthy volunteers. We would have to do studies in patients to see if we find the same effects.”

Earlier this year a small-scale study into treating depression with psilocybin has found it can be safely administered, paving the way for further studies. 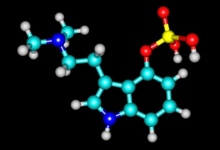 Lead author, Dr Robin Carhart-Harris said: “Psychedelic drugs have potent psychological effects and are only given in our research when appropriate safeguards are in place, such as careful screening and professional therapeutic support. I wouldn't want members of the public thinking they can treat their own depressions by picking their own magic mushrooms. That kind of approach could be risky.”

LSD therapy could have great implications for psychiatry, and helping patients overcome conditions such as depression

A major finding of research published  in April 2016 was the discovery of what happens in the brain when people experience complex dreamlike hallucinations under LSD. Under normal conditions, information from our eyes is processed in a part of the brain at the back of the head called the visual cortex. However, when the volunteers took LSD, many additional brain areas - not just the visual cortex - contributed to visual processing.

Dr  Robin Carhart-Harris, who led the research, explained: "Normally our brain consists of independent networks that perform separate specialised functions, such as vision, movement and hearing - as well as more complex things like attention. However, under LSD the separateness of these networks breaks down and instead you see a more integrated or unified brain. 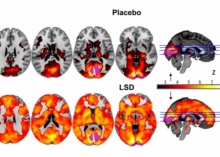 Professor David Nutt added: “For the first time we can really see what's happening in the brain during the psychedelic state, and can better understand why LSD had such a profound impact on self-awareness in users and on music and art. This could have great implications for psychiatry, and helping patients overcome conditions such as depression." Be kind to your mind

Find out about the College's commitment to promoting good mental health and wellbeing at the Mental health website. World Mental Health Day: what questions do we need to answer?