Ask any scientist what they would be if they weren’t a scientist and you’re likely to get a confused look. For many, finding new insights about how the world works is the highest calling one could possibly have and it would simply be unthinkable doing anything else.

But Fred Tam has always taken a wider view of things and has a clear sense of his role in benefiting society.

“I think I would have been a social worker had I not taken the route I have; I’ve always been more inclined to the people side of medicine and science.” 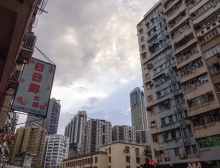 Fred speculates that this outlook was likely shaped by his early upbringing in a very deprived area of Hong Kong.

“In those days, large swathes South East Asia were very poor. I was the youngest in my family and had an older brother, but I later learned that we should have been a family of four siblings, and that an elder sister and brother both died in infancy, before I was even born. At the time, medical facilities just weren’t adequate, and it probably wouldn’t even have occurred to parents to take a sick baby to A&E. On a subconscious level, I think that probably motivated me in my career.”

"Amazing generosity has been a recurrent theme in my career"

While studying for his O-Levels in Hong Kong, Fred saw a call out on his school’s noticeboard for a scholarship to study for two years at an international school in Wales. And so Fred, as the first member of his family to travel abroad, found himself nearly 10,000 miles away at the United World College of the Atlantic, studying for his International Baccalaureate. After adjusting to life there, there was another major transition from the rural coast of South Wales to the cloistered halls of Cambridge for a degree in medicine.

“What both places had in common was the abundance of understanding people who helped myself and other outsiders to adapt. I found it amazing that people accepted my limitations and still tried to help me. That amazing generosity has been a recurrent theme in my career, and continues to this day.

“The reality of research is that, in the short-term you are spending money not making it, and there is no guarantee of success. Thankfully, there are people such as Ken and Mary Minton, who have the foresight and generosity to support our crucial work.”

As part of his clinical training, Fred was exposed to many branches of medicine and was particularly drawn to public and occupational healthcare, concerned as he was for workers in certain industries who are routinely exposed to harmful toxins.

He was also interested by clinical research, but concerned that his English wasn’t up to the standards of writing academic papers and perhaps more importantly he felt he didn’t have any original ideas. But again, he was persuaded by mentors who saw his great potential to contribute and progress the field.

“Even undergraduates writing essays have some original ideas in science, it’s just about developing that thinking further.” 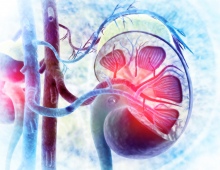 He went onto complete a PhD at the Royal Postgraduate Medical School (which later became part of Imperial’s Hammersmith Hospital Campus) studying glomerulonephritis, a condition which leads to damage of the tiny filters inside the kidney (the glomeruli).

Among the general public, most people know that the kidneys filter the blood, expelling waste products as urine. Some might also know that they act to balance blood pressure, fluid levels and salt concentrations. But it’s perhaps a rather enigmatic organ, even for doctors.

In the 1960s, the advent of dialysis and then transplantation was a real breakthrough for advanced kidney disease, but perhaps belies the fact that the mechanism of kidney disease progression is to this day rather poorly understood.

“I always tell the patient I’ll be looking after you whatever happens."

A hallmark of kidney disease is cellular inflammation (nephropathy or glomerulonephritis), caused by either general illness such as diabetes or an autoimmune disease whereby the patient’s own antibodies start attacking kidney cells.

The challenge for researchers is that there is a complex network of inflammatory mediators, including cytokine molecules, which can create a runaway effect or vicious circle − where cellular inflammation amplifies the mediators, which in turn creates more inflammation.

“That’s why with some patients with kidney disease, there can be little sign of anything wrong until the disease is really quite advanced. Prescribed medication such as corticosteroids are used with some success to suppress inflammation, but it’s a blunt instrument with many side effects. We’re try to change that to target a narrower area – it’s a very area of active research.”

Fred now leads in the development of a new type of treatment for a particular type of inflammatory kidney disease called IgA nephropathy, also known as Berger's disease. The experimental drug is known as a spleen tyrosine kinase (Syk) inhibitor, which Fred and other experts believe acts as an early stage switch in the aforementioned vicious circle of inflammation, which could effectively de-escalate the condition at the cellular level.

He is the principal investigator for an international randomised controlled clinical trial of the drug, and was instrumental in getting this landmark trial off the ground. In the beginning Fred feared it would be impossible task to recruit enough patients for any meaningful conclusions to be drawn, and be a long, protracted process, ultimately deemed invalid by changes in standard practice care. So, he tapped up an international network of former Imperial PhD students and research fellows who were working overseas. The response was incredible – in the end 20 hospitals got involved including those in Austria, Germany, Switzerland, Hong Kong, Taiwan, Singapore, the US and UK, making the trial more relevant to different ethnic groups. 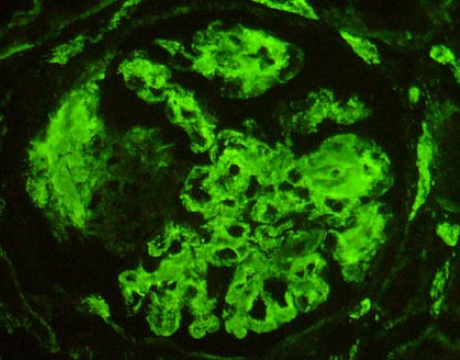 Biopsy of an inflamed kidney with flourescent staining of antibodies

“At the very first clinical trial planning meeting, we invited lots of experts from the UK as well as a patient representative with kidney disease and discussed the pros and cons of the design. They were able to say what would likely work for the patient and what might prove problematic.

“Also, our industrial collaborators Rigel Pharmaceuticals have been very supportive of this approach. Normally, these things are top secret, but after we drafted the first trial protocol, Rigel gave us permission to reveal our whole plan to a group of 100 patients and potential trial volunteers and basically say to them: ‘look, in a few months’ time we plan to start this trial, what do you think?’”

A patient centred approach has always been the focus of Fred. As an Honorary Consultant, he spends around half of his time with NHS patients and the other half on clinical research.

“I always tell the patient I’ll be looking after you whatever happens. We’ll monitor the disease at the early stages, plan treatment if there’s deterioration and arrange dialysis and transplantation if there’s no response. But it will be the same team all the way through. In other areas of medicine once you get to beyond certain stage, you’ll still get the medical care but it will be a different team.” 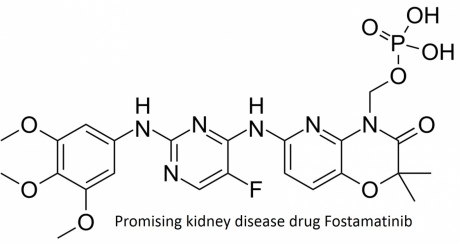 The Syk trial is due to conclude in February, when they will finish treating the last patients. It will then take several months to properly analyse the data and understand the effectiveness of the treatment and assess numerous safety issues that come with any major trial.

Given the mountain of work invested over several years, one might guess it would be a tense time, but Fred seemed relaxed, reflecting the humble and philosophical approach he seems to take with his career journey − which is also shaped by his Christian faith.

“I don’t see that there’s a loss in any direction; God has this amazing plan to let me do amazing things for the benefit of the patients that I wouldn’t be able to otherwise, so I’m quite comfortable with work. Hopefully, the work will also inspire the next generation of researchers and doctors.” 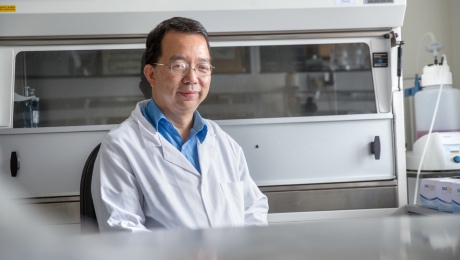 Professor Tam is the inaugural Ken and Mary Minton Chair in Renal Medicine, a prestigious academic post created thanks to a generous £2M donation from Mr and Mrs Minton. The late Mr Kenneth Minton received treatment over many years from Imperial’s Professor David Taube. He and Mrs Minton wanted to ‘give something back’ by donating to support renal medicine – with the ultimate aim of improving treatments for patients affected by kidney disease.