Five AI breakthroughs that could change the face of science Following years of research, AI is starting to have an impact on the way science is done, as these five Imperial studies from 2017 show.

Barely a week has gone by in 2017 without warnings in the media about how Artificial intelligence (AI) and robotics is threatening to make all human workers redundant.

“Until now, humans have been the masters and technology the slaves. This needs to change − today’s AI systems are capable of achieving complex goals in agile and flexible ways”

The reality is likely to be more subtle and in fact involve closer collaboration between computers and humans. But even in complex areas like scientific research, AI is having an impact on the way we approach certain problems and questions.

AI techniques, such as machine learning, represent a complete step-change in ability. By combing heavy lifting computational power with more subtle human-like reasoning we can start to address scientific problems that were previously thought to be intractable - to computers or human scientists separately.

We take a look at five stories this year where Imperial scientists used AI in completely new ways:

In January, clinicians working with engineers at Imperial’s Department of Computing showed that machine-learning can predict death risk in people with serious heart disease faster and more accurately than current methods. Using data from 250 heart patients at Imperial’s Hammersmith Hospital, they analysed moving MRI scans of each patient’s beating heart, replicating 30,000 points to create a ‘virtual 3D heart’. This automatically learned which features were the earliest predictors of heart failure and death. Researcher Dr Declan O’Regan said: “This is the first time computers have interpreted heart scans to accurately predict how long patients will live. It could transform the way doctors treat heart patients.”

Phone tracking technology is already used to locate those in need of aid in humanitarian crises; but new developments could help identify vulnerable groups such as women with young children. A team of researchers from Imperial’s Data Science Institute and Department of Computing developed a machine learning algorithm to analyse mobile phone data from 10,000 users. They found it could accurately predict the gender of half a million people with high precision. Researchers Dr Yves-Alexandre de Montjoye said: “Imagine if we could have used this technology in the aftermath of the Nepal crisis. We could have located refugee populations in search of help and determined who might’ve been the most vulnerable and needed assistance first.”

AI is helping researchers to probe fundamental processes in chemistry and biology – such as the mechanisms of photosynthesis and the reactions of amino acids, which are the building blocks of life. This is done using very fast pulsing X-ray beams. The problem is in keeping up with these pulses and characterising them in a stable way. Now a research team led by physicists at Imperial has used machine learning to accurately predict the properties of x-rays. Researcher Professor Jon Marangos said: “These rapid-fire experiments will allow us to observe interactions that usually happen too fast for us to capture. They will also allow researchers to build up ‘molecular movies’ of these ultrafast process, for example to see how atoms and even the faster electrons move during a chemical reaction.” 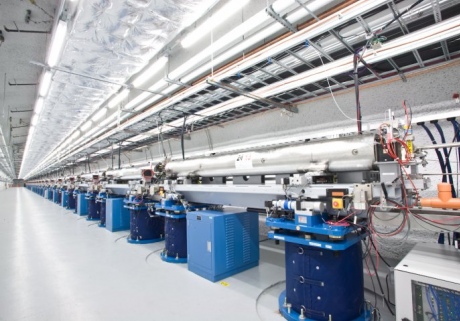 Maja Pantic is Professor of Affective and Behavioural Computing at Imperial, working on machine analysis of human non-verbal behaviour. Her team has developed a humanoid robot called Zeno that can improve learning and emotional understanding in children with autism. Zeno combines audio, visual, facial recognition and artificial intelligence technologies to detect and decipher sound and visual cues from children − allowing it to spontaneously interact in real-time and conduct a simple lesson. Professor Pantic said: “The children absolutely love the robot. Their faces really light up when they see it. One parent said that their non-verbal child spoke for the first time in anticipation about his next lesson with Zeno.”

5. Rise of the ‘automatic neuroscientist’

Functional magnetic resonance imaging (fMRI) is an incredibly useful scanning technique that maps neural activity to specific brain regions – for example when people are solving puzzles or even playing musical instruments. However, due to the complexity of the brain fMRI produces vast amounts of data for researchers to sift through, potentially giving rise to human errors while looking for meaning and patterns. Researcher Romy Lorenz (Medicine) Lorenz and team found that applying a machine learning approach to neuroscience studies could greatly increase the efficiency of data analysis. Lorenz said: “The technique could be applied to many different fields. In the lab, we know it as the ‘automatic neuroscientist’, but it could easily become the automatic radiologist, the automatic psychologist and so on.” 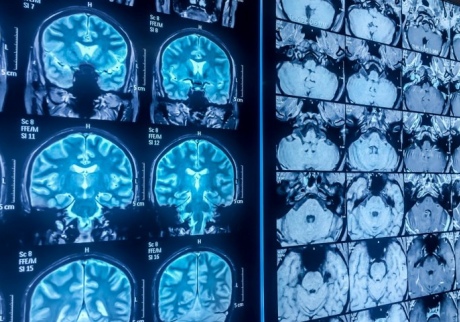