A unique collaboration between Imperial and one of its South Kensington neighbours has allowed people around the world to view one of the finest pieces of seventeenth century Japanese art.

In 1999, the Victoria and Albert Museum (V & A) took the decision to remove the Mazarin Chest – the centrepiece of its Japanese collection – from public display. The Chest, which was manufactured in Kyoto around 1640, is one of the most important examples of export lacquer in the world, but it was damaged and unstable, and conservators at the Museum felt they could not take the risk of damaging its decoration further through preservation work.

Just around the corner at Imperial’s South Kensington Campus, however, Professor Tom Welton’s research into the interaction of solvent and solutes held the potential to transform the fortunes of the Chest, and conservation practices for similar artwork more widely.

In a 2003 paper, Professor Welton and colleagues demonstrated the importance of the solute in determining observed solvent effects, a factor that in turn could have an effect on how the solvent interacts with any given material’s chemical structure. When Shayne Rivers, a senior conservator at the V & A, read the paper, she contacted Professor Welton to ask for his help with the Mazarin Chest.

This fortuitous encounter led to funding from the Arts and Humanities Research Board (AHRB) for a Doctoral Award to explore how to remove degraded varnish from Japanese lacquer. Under the joint supervision of staff from Imperial’s Chemistry Department and the Museum’s curatorial and conservation staff, this research established empirically for the first time the solvents that could be used to conserve Asian lacquer without causing it damage. The research also shed new light on the optimum techniques for applying solvent, pointing to the close relationship between chemistry and practice. 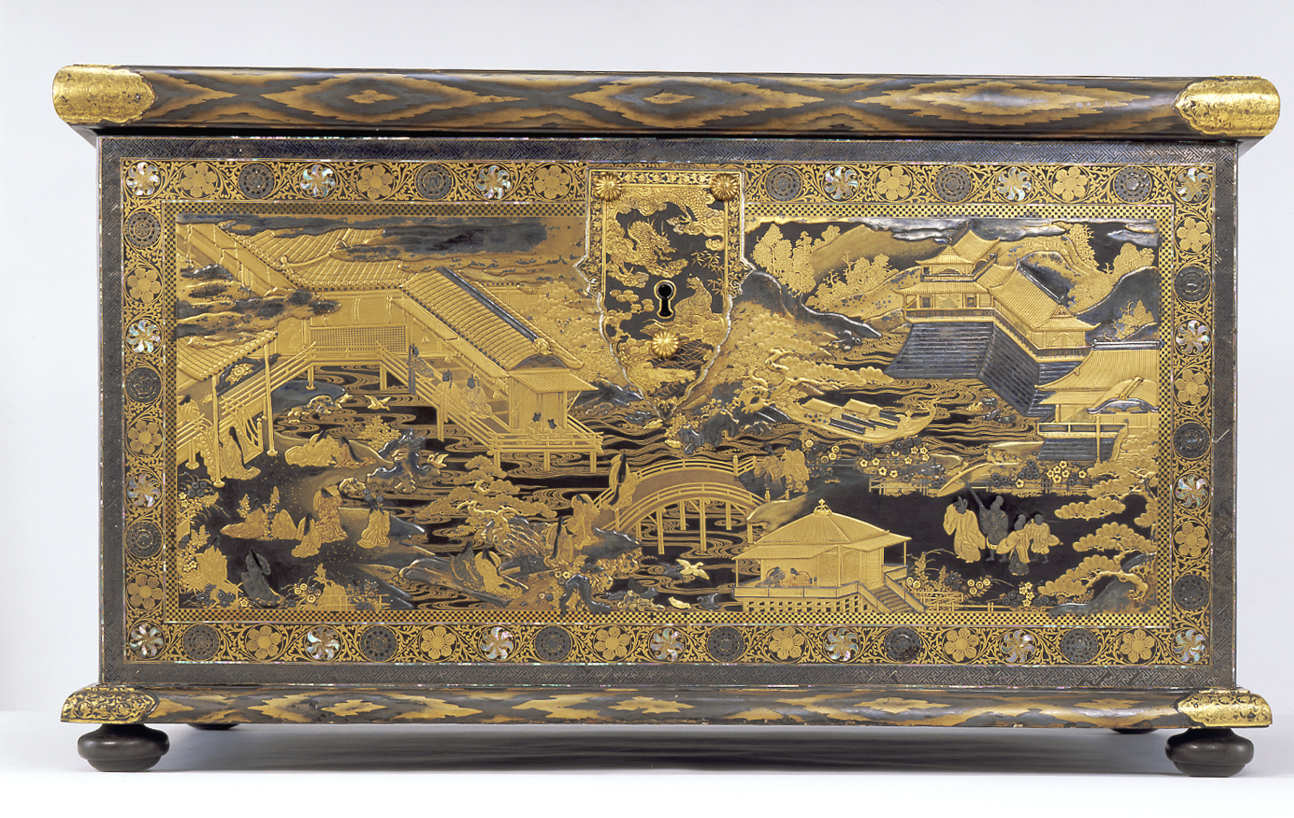 As the research undertaken at Imperial between 2005 and 2008 was presented at international conferences during 2009, its findings had an immediate effect much closer to home. Techniques grounded in the research were he Mazarin Chest was stabilised for at least 50 years, and that work allowed it to return to display at the V & A and travel to Japan and the United States: at these international exhibitions, it was viewed by over 200,000 people, adding to the some 3,000,000 people who visit the V & A each year.

Beyond the walls of the V & A’s Toshiba Gallery of Japanese Art, where the Chest now resides, the research into the solvent effects on lacquer continues to inform practice nationally and globally, at institutions including the British Museum and the Getty Museum. Alongside national and international conferences, the research was disseminated through an influential 2011 article and a dual language English/Japanese website for the project.

A 2013 survey of over 100 conservators, curators and scientists from 17 countries, many of whom specialised in East Asian lacquer, showed that 72% of respondents were aware of the collaborative work between Imperial and the V & A. Of that group, 92% indicated that the research had changed their understanding of lacquer, and 80% recommended the published research to others.

"[The research] has done so much to influence our thinking about the treatment of lacquer. It brought together the different approaches in a discussion which we can all benefit from." - National Maritime Museum