Why is this research important?

Physical activity improves children’s fitness, mood, concentration and sleep, but most children do not spend the recommended 60 minutes a day being active. In 2018, The Chief Medical Officer in England recommended a national adoption of active mile initiatives in primary schools to address this shortfall.

The Daily Mile has a global reach with over 10,000 registered schools. There is evidence, over the short-term, that such initiatives increase children’s physical activity which improves their fitness and other outcomes such as wellbeing and concentration. However, it is unclear whether active miles are sustained after adoption, to what extent they are implemented and what their effects are over time. This is important because many health behaviours can become established during the primary school years.

Scientific evidence of the impact of regular physical activity across the early formative years of primary school will inform health and education policy and raise public awareness of the importance of physical activity during the school years and beyond.

Who is carrying out the study?

This study is being carried out by an experienced research team led by Professor Sonia Saxena (Principal Investigator) from the School of Public Health at Imperial College London. The lead researcher for the iMprOVE study is Dr Bina Ram.
The iMprOVE study is a collaboration of wider academics, researchers and NHS partners including University of Cambridge and University College London.

We are working with a range of stakeholders including health professionals, teachers, parents and primary school aged children to share and exchange knowledge at all stages of the study.

Who is funding the study? 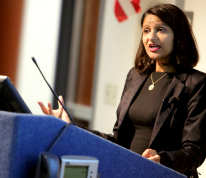