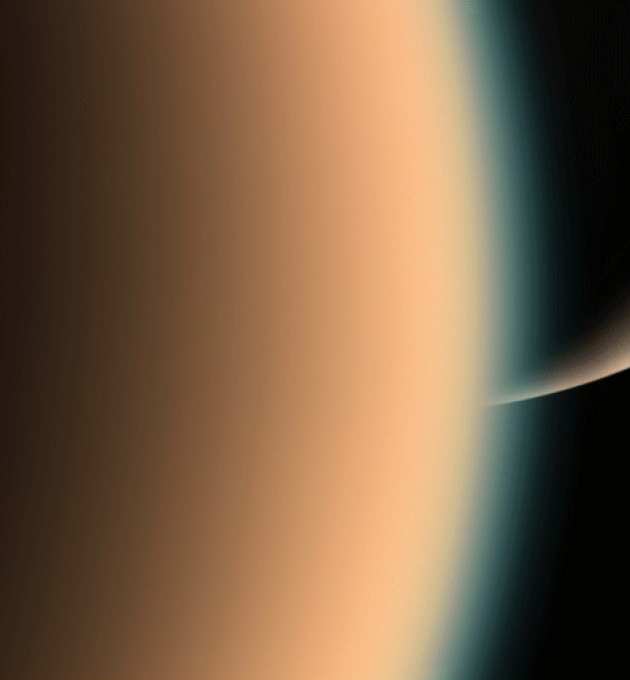 Planetary Aeronomy is the study of the upper regions of a planet's atmosphere. These include both the neutral gases which form the mesosphere, thermosphere, exosphere as well as their ionized components, which form the ionosphere.

Our work aims to understand the complex processes which drive the upper atmospheres of planets, the deposition of energy from the Sun and surrounding magnetic environment, the redistribution of this energy within the atmosphere, the resulting chemical and dynamical processes. While the upper atmosphere region forms less than 1% of the entire mass of an atmosphere, it is a fascinating and important environment to study, forming the boundary layer between an atmosphere and outer Space. Neutral gases and plasma interact, often in the presence of electric and magnetic fields.

We study the aeronomy of several planets and moons in our solar system, in particular Saturn and its largest moon Titan, Jupiter and its largest moon Ganymede, planets Venus and Earth, as well as comets. While our focus lies in developing and using complex numerical models to understand the physical processes of these regions, we work closely with space missions such as Cassini/Huygens, Venus Express, and Rosetta, using their observations to validate our models and using our models to better understand observations. We are Supporting Investigator of Venus Express, co-PI on JUICE/RPWI, co-Investigator on JUICE/3GM, on JUICE/UVS, and Rosetta/RPC and Science Team Member of Cassini/INMS and Rosetta/Rosina.

Publications of our work can be found here and here.