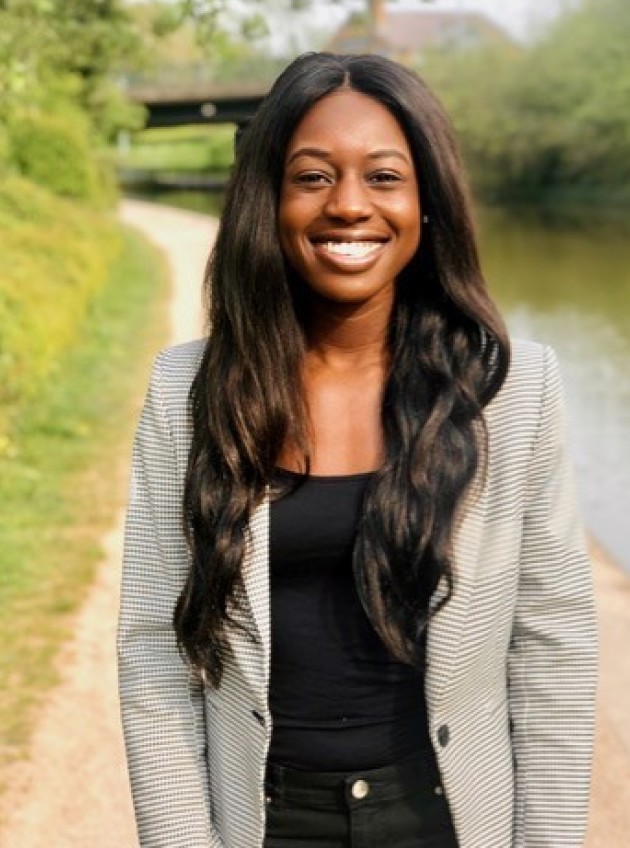 Imisi Joseph graduated with a BEng in 2015, and is currently working at Jaguar Land Rover as a CAE Tools and Simulation Engineer for Hybrid and Electric vehicles. While at Imperial she was actively involved in student life as a year rep in the EEE department, and as Welfare Officer in the Afro-Caribbean Society. Imisi played 1st team women's football, and volunteered as a maths and science teacher at a Saturday school. She was featured in Future Leaders magazine, which annually celebrates 100 of the UK’s Most Outstanding Black students.

Why did you choose Imperial as the place to follow your interest in STEM subjects? Imperial is consistently listed in not only the top 10 universities in UK but among the top 20 universities in the world for STEM subjects. With incredible research and excellent networks with companies, I relished the opportunity to pursue my career in such a prestigious university.

How did you find life at Imperial as a woman? Having previously been made aware that few women are represented in engineering especially in Electrical and Electronic, I was glad to see a significant number of women in my year. I had no experiences of prejudice because of my gender and was encouraged to see several women occupying senior roles within the department.

What did you learn during your time at Imperial, in class or out? The importance of networking. Imperial are excellent at supporting career planning, such as holding careers fairs and lunchtime talks from various industries. I was able to improve my networking skills and gain key contacts in the process. I also learnt there’s a time for everything. A time to study hard and a time to enjoy life outside of Imperial! It’s all about getting the right balance.

Who inspired you at Imperial and why? My senior tutor Esther Perea who helped me overcome the difficult periods during my time at Imperial and motivated me to continue working hard on both my academics and activities outside of Imperial. Esther always had her door open for all to come and talk and for that I will be forever grateful.

What is your fondest memory of your time here? Meeting people from all over the world! Imperial is a very diverse university, so it was great to meet with so many people from different cultures. I also thoroughly enjoyed being part of the African-Caribbean society (ACS) in which I participated in and assisted organising the annual variety show in 2014. Without a doubt, I have made lifelong friends from my time at Imperial.

Please tell us about the work you’re doing now. After graduating with a MSc in Energy and Power Engineering, I completed a 2-year graduate scheme at Jaguar Land Rover (JLR), where I underwent various placements around the business to strengthen my skills in various areas, as well as understand different departments.  My role involves creating or updating existing tools to assist with solving issues in the vehicle or supporting calibration engineers by using various software.

How has what you learnt in the Department helped you in your career so far? I am confident in approaching people, from colleagues to senior managers. I am assertive and not afraid to ask questions to ensure I fully understand the task and deliver it to the best of my ability. Moreover, I can learn new software quickly and efficiently.

What have been your career highlights and challenges? Highlights of my career include working on calibrating various functions for Jaguar’s first electric vehicle the I-Pace and seeing the many awards the vehicle has won including the prestigious World Car Of The Year (WCOTY) award. I also thoroughly enjoyed working with the Jaguar Public Relations (PR) team, supporting the Jaguar F-Type shoots and events with the Jaguar I-Pace - it was great fun! Challenges also included the Jaguar I-Pace – with it being our first electric vehicle, there were times pressure amounted to solve various issues in a timely manner. It was important at this time to be flexible and honest with the work I was doing.

What are your career plans for the future? I aim to become a Chartered Engineer and utilise the skills and knowledge I have gained from JLR to an engineering consulting role, where I endeavour to work with companies to assist with the challenge in reducing the emissions through electrification of vehicles and seeking new technologies. I also endeavour to continue being a STEM Ambassador, supporting and encouraging young women into STEM through supporting events and providing talks in schools both nationally and internationally.

What advice would you give to women students starting a career in the sector, or girls who are thinking about studying STEM? To start building networks! Attend as many events that you can in which you can gain contacts and be inspired.

What makes you proud to be an Imperial alumnus? Being part of a community seeking to challenge the norms and find innovative solutions to improve the world we live in.

What one word or phrase would you use to describe Imperial alumni? An honour!