Characterization of ISS to systems on manifolds with multiple invariant sets 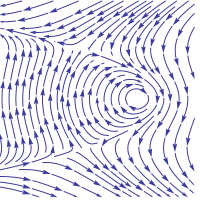 As central topics in systems and control theory, the study of stability and sensitivity to disturbances is much more diversified for nonlinear rather than for linear systems due to the much broader variety of behaviours characterizing this class of systems. As a well-established technique for the study of stability and robustness of nonlinear systems, the Input-to-State Stability (ISS) paradigm has shown to be a powerful concept whose applications are ranging from recursive control design to observer design, and supervisory/switching adaptive control. Together with ISS, several related notions such as integral Input-to-State Stability (iISS) and Input-Output-to-State Stability (IOSS) are available in the literature and all of their classical formulations characterize stability properties in a global setting with respect to a single equilibrium in the origin and for systems defined in Euclidean space. This classical requirements make the basic theory not applicable for a global analysis of many dynamical behaviours of interest, such as multistability, periodic oscillations, and different class of attractors. Recently, a generalization of the ISS theory to systems on manifolds with multiple invariant sets has been proposed under relatively mild conditions. Within this framework, this PhD project aims to extend and further characterize the variety of notions available in standard ISS literature to systems on manifolds with multiple invariant sets. We intend to investigate the effectiveness of the newly-developed theoretical tools on the natural domains in which multistability occurs, namely biological as well as mechanical systems. Particular attention will be given to the topic of robust synchronization for multistable systems, with application in transient stability in power networks, cooperative multitasking and formation control.