Development of an approximation method for the computation of RCI sets 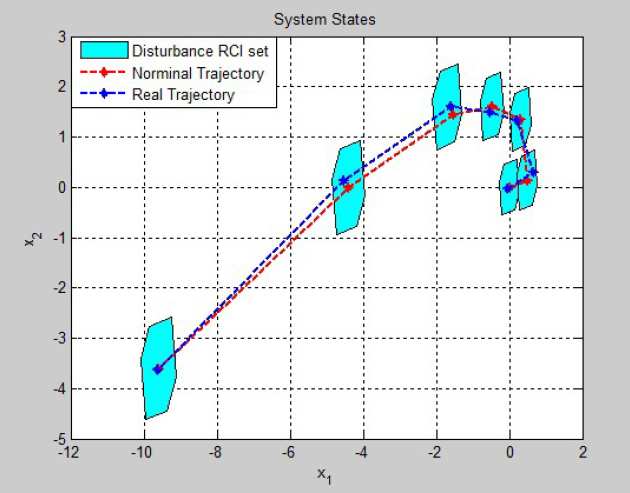 In industrial control, knowledge about the system is seldom accurate. Uncertainties, such as additive disturbance and parametric uncertainty, may exist. The measurement of the system states and outputs may also not be accurate. Due to these uncertainties, the system states cannot converge to the origin in general. The proposed RMPC algorithm takes advantage of the concept of Robust Control Invariant (RCI) sets to solve this problem. The RCI set is usually used as a substitute for the origin and works as the objective state set because it has the attractive property that, if the RCI set contains the system state at some time, the future state trajectory can be kept inside the set through a proper control action. In the proposed RMPC algorithm, a disturbance
RCI set and related control law are computed on-line and a nominal MPC algorithm is employed inside the disturbance RCI set. The computational complexity of this method increases polynomially in predictive horizon length, rather than exponentially as in the traditional MPC algorithm.

Current work on this project mainly focuses on: