We recently welcomed the ChemEng Class of 1963 back to Imperial for a two-day visit which included some talks, lab tours and a trip to White City

Earlier this year, the Chemical Engineering Class of 1963 paid a short visit to Imperial College London. The classmates came together from every corner of the world to become students once again – if only for two days. One of our most active alumni groups, they visited the carbon capture pilot plant three years ago and still keep in touch with each other and the Department – even after 53 years! 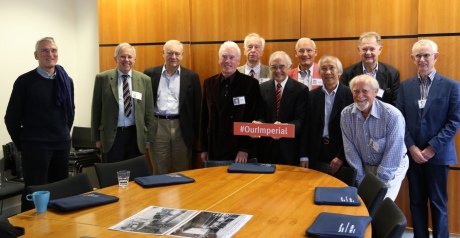 Following some refreshments, catching up and an inevitable photoshoot, they were welcomed back to the Department by Emeritus Professor Stephen Richardson who talked about the history of the Department all the way from 1963 to 2016. He showed some never-before-seen staff pictures, invoking happy memories from the audience. This was followed by a short introduction to Imperial’s past and present by Anne Barrett, College Archivist & Corporate Records Manager. Ms Barrett talked about everything from how the College was founded in 1907, to the recent expansion to White City. After that, Professor Nilay Shah, new Head of Department outlined what’s in store for the future of our Department. 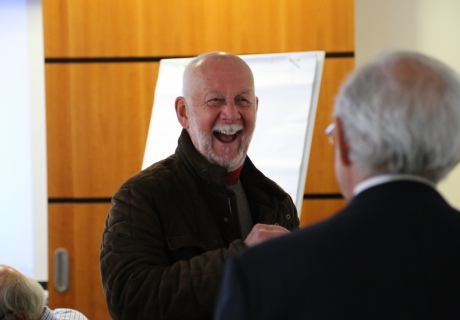 The nostalgic afternoon concluded with a tour of the Department:  the group visited the Analytical Laboratories, the Mechanical Workshop, the Richardson Study Suite and one of our newest laboratories on the third floor of Bone Building, the Ionic Liquid Laboratories (headed by Dr Jason Hallett). 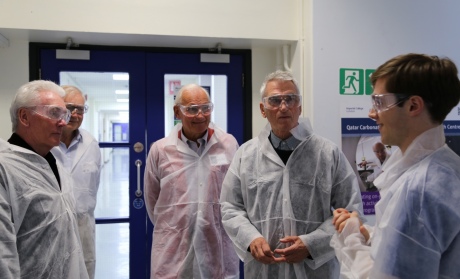 On the following day, the group were treated to a visit of Imperial’s newest development, the White City campus. They were given an overview and tour of I-HUB, Imperial's translation and innovation hub, as well as Wood Lane Studios, the new state-of-the-art postgraduate accommodation.

The reunion was well received by all who attended and we look forward to welcoming the group back at their next reunion. Special thanks go to alumni Howard Wise and Brian Wildey for co-ordinating and organising the reunion.

Photos and connect with ChemEng alumni