A facility for cryo-electron microscopy - a technology that is revolutionising biology - is being established by a consortium of London institutions.

Cryo-EM is a technique that allows scientists to image biological molecules in their natural state. It enables biological macromolecules to be imaged at an extremely high resolution, allowing researchers to determine their structure and to thus better understand their mechanism of action. This may help significantly in the design of drugs to block their activity.

Cryo-electron microscopy is becoming the leading technique in structural biology and is opening up exciting new opportunities for research and industry. To have rapid local access to this new technology is absolutely key.

Previously, scientists had to ‘fix’ the molecules, either with stains or by forcing them to crystallise, which could change their structure and function.

Instead, cryo-EM embeds the biological sample in vitreous ice – ice that has been frozen so quickly that it does not form crystals that could damage the sample. However, up until recently cryo-EM was unable to produce high-resolution structures, thus limiting its application.

With the recent revolution in instrumentation and image processing algorithms, cryo-EM now can yield structural information that allows detailed molecular structures to be resolved.

The facility, funded by the Wellcome Trust with strong institutional support, is planned to be situated at the Francis Crick Institute and led by Imperial College London researchers, alongside colleagues from The Institute of Cancer Research, King’s College London, and Queen Mary University of London.

The new instrument, which is the current state-of-the-art of cryo-EM technology, is due to arrive within the year and is expected to be operational in early 2018. The microscope is hoped to be part of a larger cryo-EM facility at Crick that will facilitate further interactions between the consortium institutions and Crick researchers.

Cryo-EM is opening up whole new areas of biology by bridging cellular and molecular structure – none of this would have been possible even a few years ago.

Professor Xiaodong Zhang, the lead Principal Investigator for the new facility, from the Department of Medicine at Imperial, said: “Cryo-electron microscopy is becoming the leading technique in structural biology and is opening up exciting new opportunities for research and industry. To have rapid local access to this new technology is absolutely key for our research and discovery as well as for maintaining our international competitiveness.

“The need for new cryo-EM infrastructure was recognised by the community and by funders. This allowed us to build a London consortium with the aim of setting up a centre of excellence for cryo-electron microscopy research and training in the capital.

“These facilities also need expertise to run, and with the consortium we hope to build and share expertise to get the best use of the equipment. It’s about building community and capacity as well as answering key biological questions.

“The co-location with other instruments at the Francis Crick Institute is very exciting, not only allowing us to have large critical mass, but also to share resources and expertise as well as creating new collaborative opportunities.”

Imperial researchers are using cryo-EM to investigate several types of biological machinery that perform different functions, such as bacterial movement and secretion. They are also exploring specific diseases – for example, one group is looking in detail at the malaria parasite to determine how it infects host cells.

Professor Zhang works on large macromolecular machines involved in a number of fundamental biological pathways, including DNA damage repair in humans and gene transcription in bacteria. She explained how cryo-EM has been transforming the research in her field:

“We had been working on the mechanism of gene transcription for 10-15 years. The revolution of this technique has now made it possible for us to capture these very large, dynamic and transient complexes – something that would have been impossible with the traditional method of crystallography.”

Professor Paul Freemont, another Principal Investigator for the facility from the Department of Medicine at Imperial, whose research uses Cryo-EM to investigate the molecular mechanisms of human disease and infection, added: “Cryo-EM is absolutely crucial for our research as we study large multi-protein complexes that are not amenable to other structural techniques.

“Having access to the microscope locally will not only accelerate our research but will enable the sharing of technical expertise across collaborating institutions. Cryo-EM is opening up whole new areas of biology by bridging cellular and molecular structure – none of this would have been possible even a few years ago.”

Principal Investigator Professor Dale Wigley from the Department of Medicine at Imperial is investigating how bacteria repair damage in their DNA and how this essential cellular process is inhibited, which could lead to novel new antibiotics and help in the fight against rising antibiotic resistance. 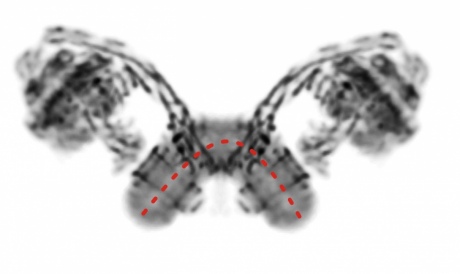 Professor Meier said: “The recent technological advances in electron microscopy allow us for the first time to look at complete structures of these sophisticated membrane protein complexes, which are targets for antibiotics against multidrug-resistant pathogens such as the tuberculosis-causing mycobacteria."

Principal Investigator Professor Christian Speck, from the Institute of Clinical Sciences at Imperial, will use cryo-electron microscopy to investigate how DNA replication is initiated and how this process can be inhibited, which could lead towards the development of novel chemotherapeutics.

Professor Speck said: “Cryo-EM is a game-changing technology, as it allows us to capture multiple snapshots of dynamic reactions, providing invaluable scientific insights into key steps of DNA replications.”