The College welcomed guests from NASA and ESA as well as the public to two events celebrating the mission and all things space.

The Cassini spacecraft spent 13 years orbiting Saturn and its moons before burning up in the atmosphere of the gas giant on 15 September 2017.

The Cassini mission shows how great science comes from unexpected directions, and what great people, working as a team, can accomplish.

Generations of Imperial researchers worked on Cassini’s magnetometer instrument, led by Professor Michele Dougherty from the Department of Physics.

Professor Gast said: “The Cassini mission shows how great science comes from unexpected directions, and what great people, working as a team, can accomplish. Tonight, we celebrate the successful mission and pay tribute to Professor Michele Dougherty and her team at Imperial.” 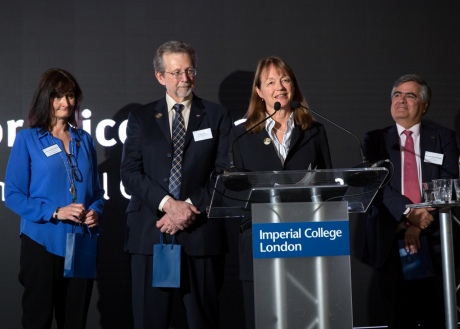 Also honoured was Professor David Southwood, Research Investigator in the Department of Physics, who recently celebrated 45 years at Imperial. In 1982, Professor Southwood founded the Space and Atmospheric Physics Group and decided to focus their experimental work on space magnetometers, which have served in many missions, including Cassini.

In his speech, NASA’s Dr Jim Green said: “It’s a real pleasure to come here and celebrate one of the most spectacular missions we as a planet have been able to accomplish. The legacy of Cassini is far more than the science. Its heritage is a model for the way we need to continue to work together into the future.

The way we have worked together towards a common goal will stand as the example of how one works best in a collaborative way.

“What’s exciting about Cassini today at the end of its mission is its data. I had the privilege to spend the day with the magnetometer team immersed in the science discussions and debates that will drive new knowledge about the Saturn system and I was enthralled.”

ESA’s Dr Canete also praised the great cooperation between teams in Europe and the US, and noted the contributions the mission has made beyond the pure research. He said: “Cassini is a great scientific success but has also been inspiring – fascinating our society and our younger people: new generations that see this as possible. This is not a movie, this is something we can do.” 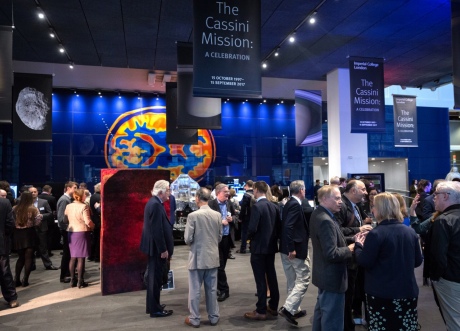 Guests at the celebration

Finally, Professor Dougherty thanked all those who made the mission possible, and reflected on the remarkable achievement: “Tonight is a celebration of all of the unsung heroes, those people behind the scenes without whom none of the spectacular science would have happened.

“It has been an absolute privilege to work with you all and the way we have worked together towards a common goal will stand as the example of how we work best in a collaborative way, as we build and plan for the ESA JUICE mission to Jupiter and its moons.”

A tour around the Imperial universe

On Tuesday, Imperial Cassini researchers shared their science and stories of the mission in the first Fringe event of the season. They were joined by members of Imperial’s Space Lab, who showcased some of the myriad ways they are involved in space research and tech, both past, present and future. 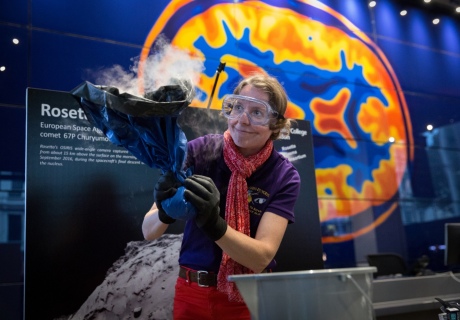 Dr Marina Galand made mini comets on the night, based on recipes for real comets that included water, ammonia, dust and organic molecules. 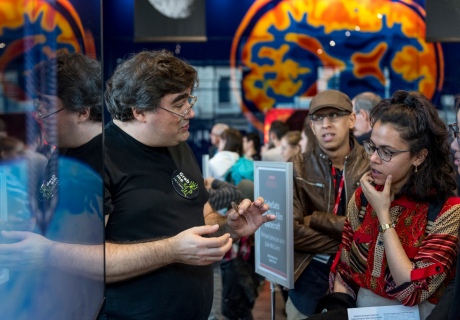 PhD student Michael Johnson demonstrated the future of low-tech high-quantity space instrumentation, using very thin sensors that can be carried in their hundreds or thousands on miniature spacecraft. 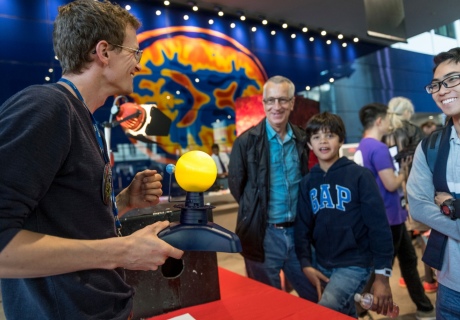 Visitors joined Dr Thomas Haworth on his hunt for exoplanets - planets around distant stars - exploring how they form and what they might look like. 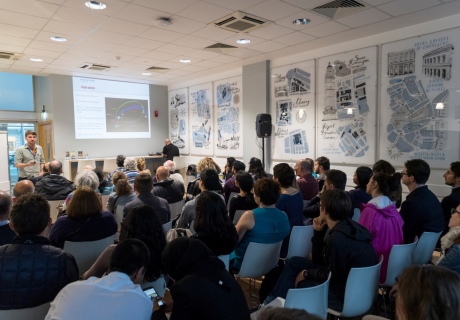 Members of the Cassini magnetometer team gave talks on their experiences throughout the night, like this one by Dr Greg Hunt. 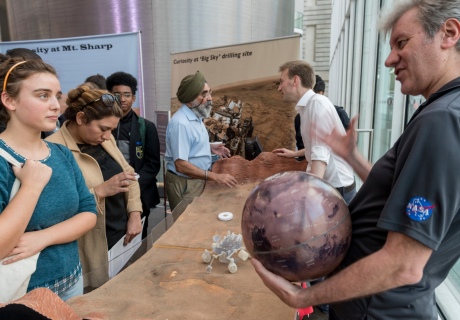 Present and future Mars missions were demonstrated by Dr Tom Pike and colleagues. 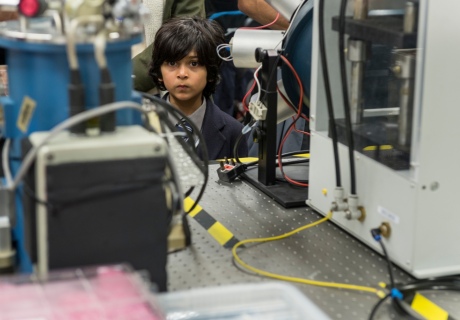 Visitors also had the opportunity to tour the lab where many of Imperial’s space instruments are built. 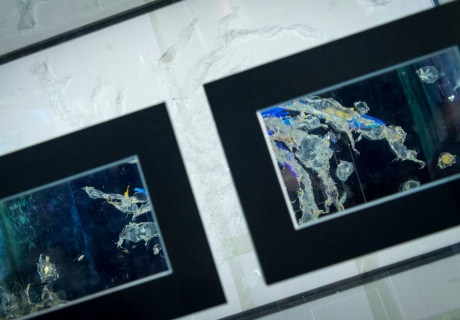 Also on display were some beautiful space-inspired works of art by Vinita Khanna, who collaborates with Imperial researchers.