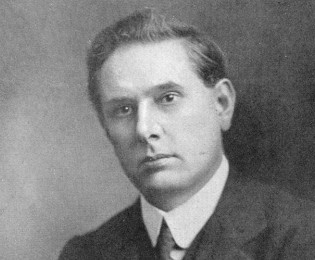 Professor Ernest Dalby, FRS (1862 – 1936), Dean of the City and Guilds College, attended the Exhibition of Aircraft in Paris to celebrate Blériot’s cross-channel flight. While there, he was given sets of lecture notes on aeronautics by a French Professor.

A sub-committee that was then set up at Imperial College recommended the creation of a series of short courses of advanced lectures related to Aeronautics and providing scholarships for research in the branches of Chemistry, Physics and Engineering related to Aeronautics. A full post-graduate course was also proposed.

No lectures were given in the 1911/1912 academic year due to an inability to obtain lecturers but the lectures were resumed for 1912/1913. However, the lectures were discontinued after that as many students who attended the courses were insufficiently prepared to take full advantage of them. This emphasised the necessity of having a preliminary three year course covering the background knowledge required.

By 1914, Imperial College’s advanced aeronautics diploma (DIC) course had trained a number of people who became engaged in war-related activities. 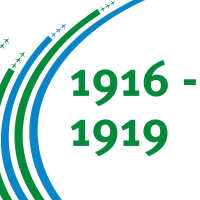 By 1916, the City and Guilds College was ready to resume educating Aeronautical engineers. A syllabus was drawn up for a Diploma course in Aeronautical Engineering. 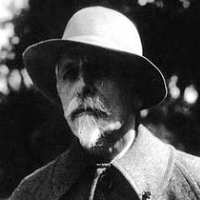 The Civil Aerial Transport Committee recommended two higher educational institutions to be funded to teach aeronautics, and one of them should be in London (the other was at Cambridge).

The Air Board introduced a benefactor who offered £25,000 (about £1.6m in today's money) to the University of London for a new Chair.

It was later revealed that the donation was given by Sir Basil Zaharoff to fund the Zaharoff Chair of Aviation. Dalby advised the council not to accept money unconditionally, but that it should be donated to found the Department of Aeronautics. 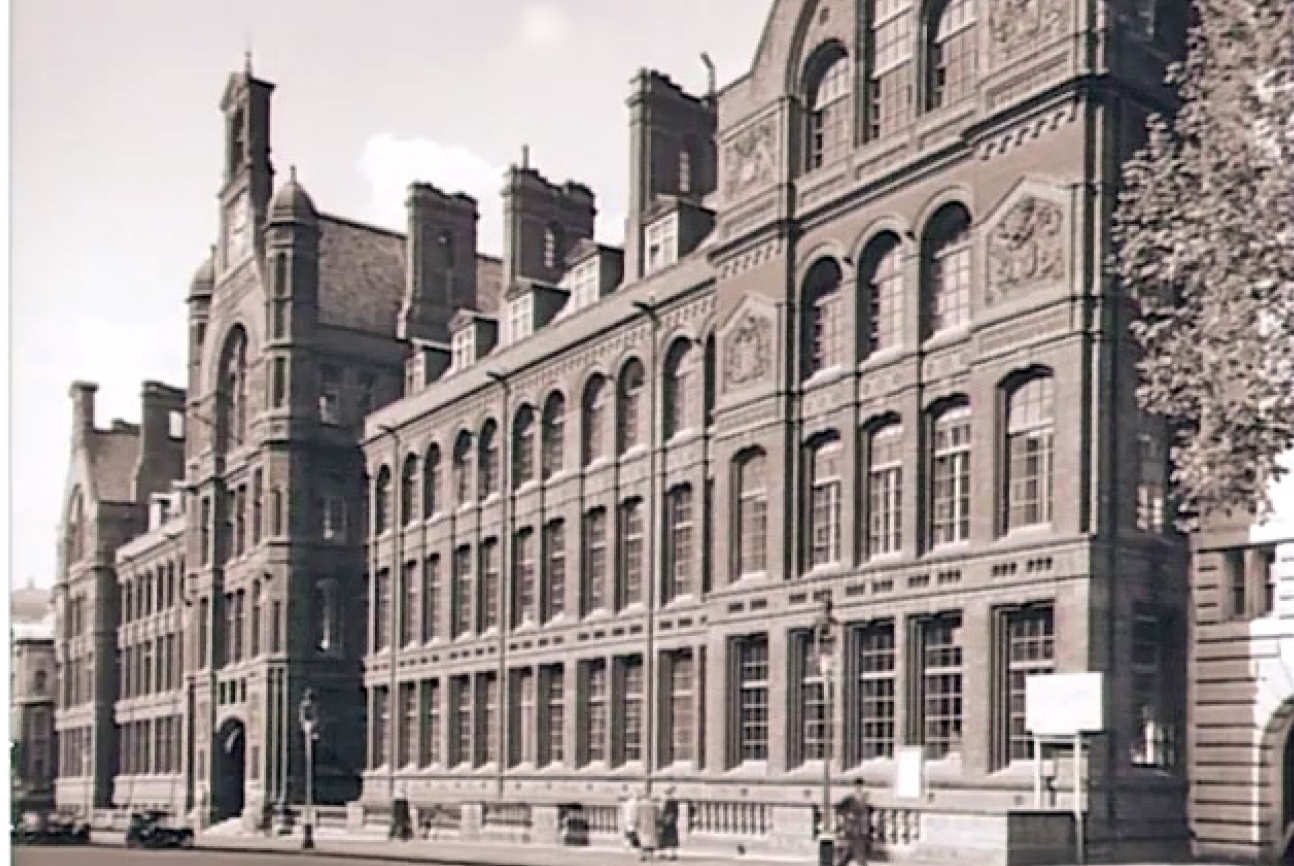 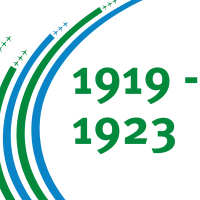 On the 20th December 1919, Sir Richard Glazebrook, FRS (1854 - 1935), accepted the Directorship of the Department of Aeronautics and was appointed the Zaharoff Chair of Aviation. Glazebrook studied Physics under James Maxwell and Lord Rayleigh. His research focused on electrical standards and aviation.

On the 24th March 1920, Glazebrook completed a series of five lectures on the Aeronautics course in the newly founded Department of Aeronautics.

Read the article on Aeronautics at the Imperial College‌ that featured in the April 1920 edition of Nature magazine.

The Department was based in the Royal College of Science and later moved into a building in Lowther Gardens. 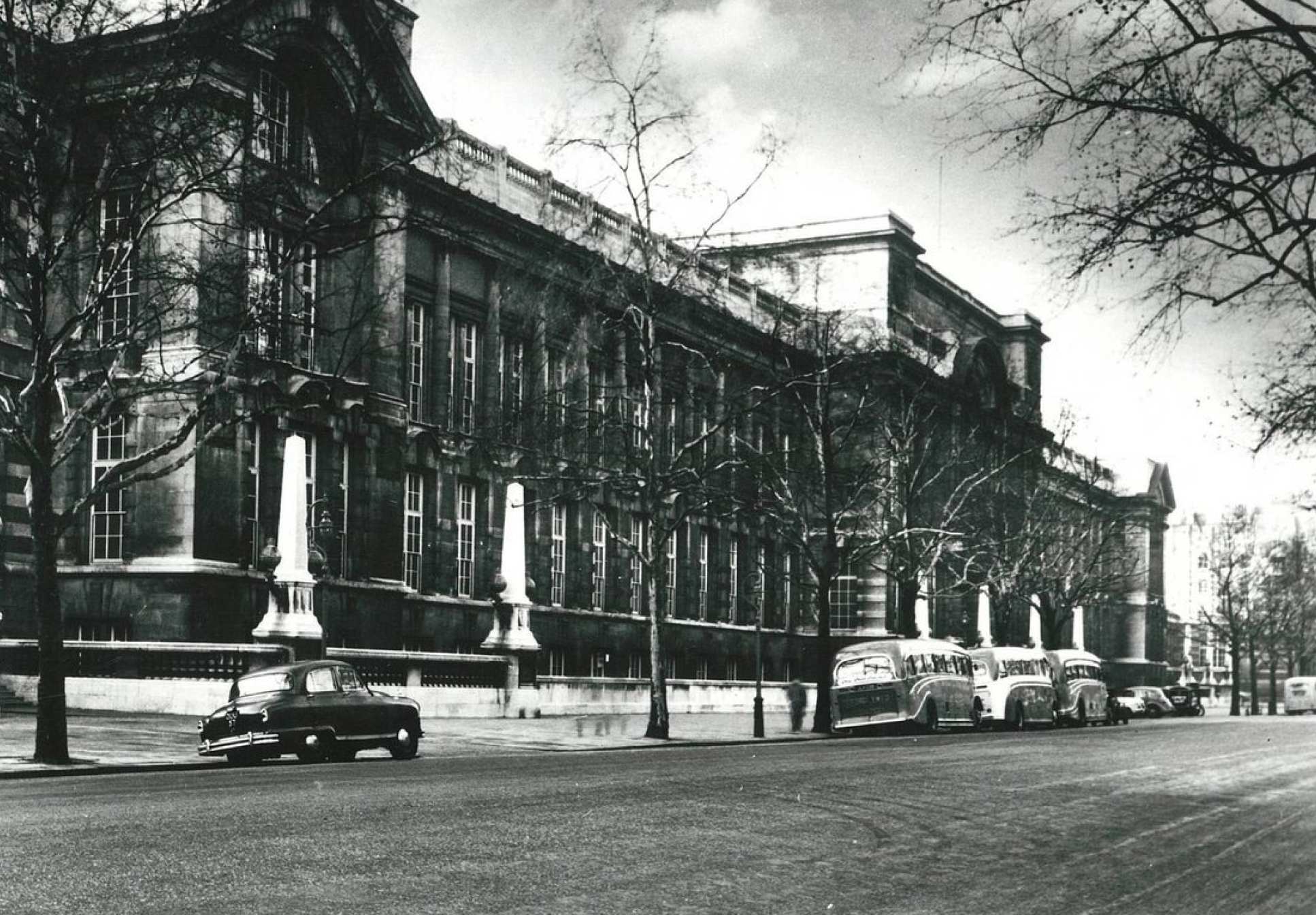 Bairstow's work focussed on the design of wind tunnels and aircraft and contributed much to the understanding of aircraft stability. He was also known for the Bairstow's method, an efficient algorithm to find roots of a real polynomial of any degree.

Under the leadership of Bairstow, the Department moved from Lowther Gardens into the Science Schools building on Exhibition Road. Part of the Department's work was carried out at the Royal Aircraft Establishment (RAE).

A wind tunnel come into use in 1925, housed in the basement of the Huxley building. It was claimed to be the first university wind tunnel.

Advanced courses in aerodynamics, aeroplane structures, meteorology and air navigation were offered. Many students were Royal Air Force (RAF) officers and numerous pioneers of the British aviation industry were ex-students of Imperial College.

Sir Arnold Hall, FRS FRAes (1915 – 2000) was appointed as Zaharoff Chair of Aviation and Head of Department of Aeronautics, in succession of Sir Leonard Bairstow.

Sir Arnold was a specialist in jet propulsions and worked with Frank Whittle while at the RAE. In 1949, he introduced a new undergraduate aeronautics course in which the students would spend their first two years studying mechanical engineering and only specialise in aeronautics in their 3rd year. He later headed the investigation into the Comet crash.

He secured funding for a new aerodynamics laboratory, which included new wind tunnels, opened in 1951. He also initiated the construction of an advanced aerostructures laboratory but this did not come into being until the completion of the Roderic Hill building in 1957.

Following the departure of Sir Arnold, who become the Director of the RAE, Herbert Squire, FRS (1909-1961) was appointed as the Zaharoff Professor of Aviation and made the Head of Department.

In the academic year of 1951-52, the Department of Aeronautics had 69 undergraduate and 29 postgraduate students.

In 1955, John Hadji-Argyris, FRS (1913-2004) was given a Chair. He made major contributions to the understanding of the mechanics of complex structures and was one of the early pioneers of the finite element method.

1956, John Stollery, CEB, FREng (1930-2013) joined the department as lecturer and worked with Donald Campbell as part of the design team on the Bluebird car. Stollery built one of the first hypersonic gun tunnels in the country.

In 1957, the Department of Aeronautics moved into the newly completed Roderic Hill building. The Department was formally divided into two sections: Aerodynamics section and Aerostructures section, initiated by Argyris.

Read the article on Aeronautics at the Imperial College of Science and Technology that appeared in the June 1957 edition of Nature magazine.

Following the death of Herbert Squire in 1961. Paul Robert Owen, FRS FREng (1920-1990) took over departmental administrative duties while also working on the stability and control of aircraft and on the design of wings.

A rotating acting headship with a complex division of power between Owen and Argyris was set up.

This was an inter-departmental unit that applied the concepts of fluid mechanics to blood circulation. The unit's administration was part of the Department of Aeronautics.

Glyn Davies (b.1933) succeeded Paul Robert Owen as the Head of Department of Aeronautics.

His research focused on developing finite element models of realistic aircraft structures and understanding their failure mechanisms. He was appointed Professor of Aeronautical Structures in 1985.

In 1983 the Composites Centre opened under the Directorship of Frank Matthews.

The Honda Wind Tunnel opened in 1985, and was one of the world's most advanced wind tunnels at the time for studying road vehicle aerodynamics. Peter Bearman FREng (b.1938) and John Harvey (b. 1935) were responsible for the design of the tunnel and managed its construction. Honda's initial investment was £700,000 and later increased it in 1988 to around £1m.

In 1989 Michael Crisfield (1942–2002) was appointed as Chair of Computational Mechanics, endowed by Finite Element Analysis Ltd.

This year also saw Peter Bearman FREng, Professor of Experimental Aerodynamics, succeed Glyn Davies as the Head of Department of Aeronautics. He introduced the 4 year MEng course for all undergraduate entrants to the Department. Professor Owen was still the holder of the Zaharoff Chair of Avaiation. Following the death of Professor Owen in 1990, Peter Bearman was offered the Chair but declined to accept.

Michael Graham FREng (b.1942), Professor of Unsteady Aerodynamics, succeeded Peter Bearman as the Head of Department of Aeronautics. He served until 2003 when Richard Hillier (b.1946), Professor of Compressible Flow, succeeded him.

In 2009 Ferri Aliabadi, Professor of Aerostructures and Zaharoff Professor of Aviation, succeeded Richard Hillier as the Head of Department of Aeronautics and accepted the Zaharoff Chair of Avaiation, which had been vacant for 19 years.

2012 saw the start of the Aeronautics and Mechanical Engineering Project (AMP), which would see the renovation of the City & Guilds Building into a new home for the Department of Aeronautics.

This ambitious project saw the co-location of mechanical testing facilities of the departments of Aeronautics and Mechanical Engineering into the Dynamic Forming and Fracture Laboratory in 2014. Then in 2016, the Composites Suites of the Department moved into its new home, followed in September 2017 by the final move of the whole Department into the City & Guilds Building.

In 2017 Paul Robinson, Professor of Mechanics of Composites, succeeded Ferri Aliabadi as the Head of Department.

Heads of Department over the years 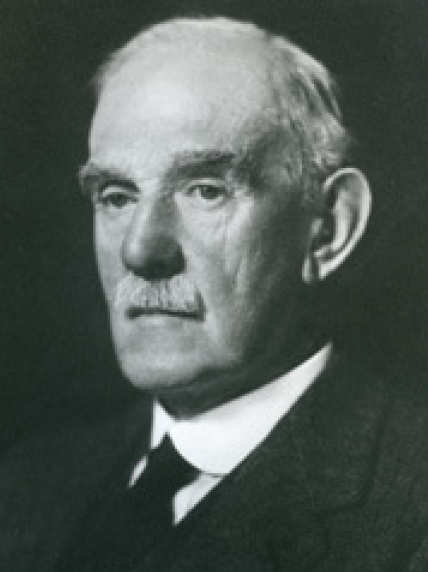 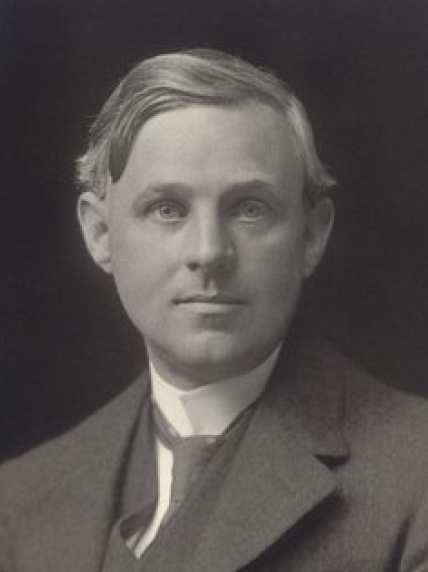 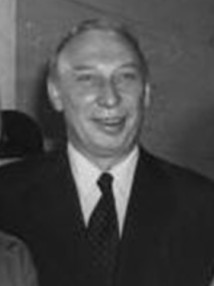 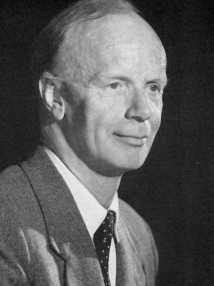 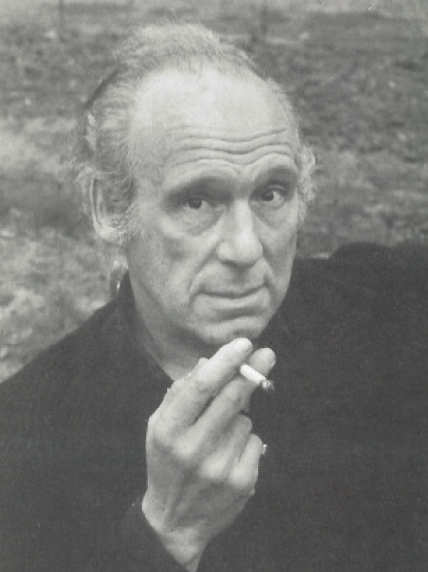 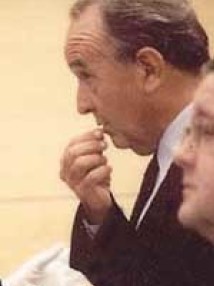 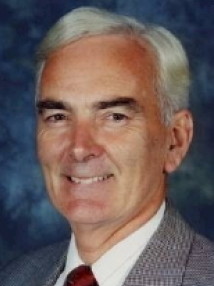 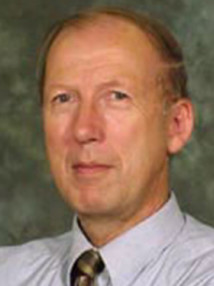 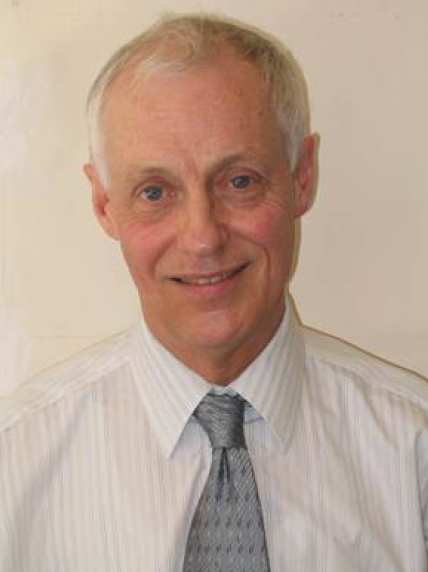 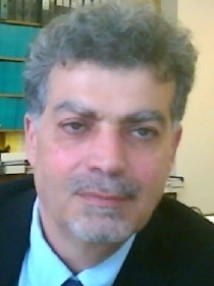 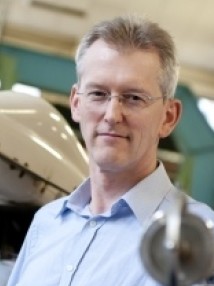