The beekeeping project set up and funded by Estates Facilities

We harvested the first batch of Imperial honey late last summer. It has a really distinctive taste, delicate, floral with a hint of lychee (so some of us apiarists think). The complex taste is probably down to the amazing variety of forage which the bees have access to in the rich South Kensington gardens and right across Hyde Park!

Last summer we started to record the bee inspections, check out the Bee Mass Observation blog for the most up-to-date progress on all all things bee.

Working with students to promote sustainability

A colony of bees was introduced to the South Kensington campus in the spring of 2011.

The colony is managed by students and funded by Facilities and Property Management, in a collaboration based on a joint commitment to raising awareness of sustainability.

This initiative allows the College community to make an active contribution to combating the plight of the honeybee.

The hives are located in the Environmental Society wildlife garden behind Ethos in an area which is open to all Imperial students and staff.

The plight of the honeybee

Over the last decade populations of the European Honey Bee (Apis mellifera) have been rapidly declining, with the population in England halving over the last 20 years. 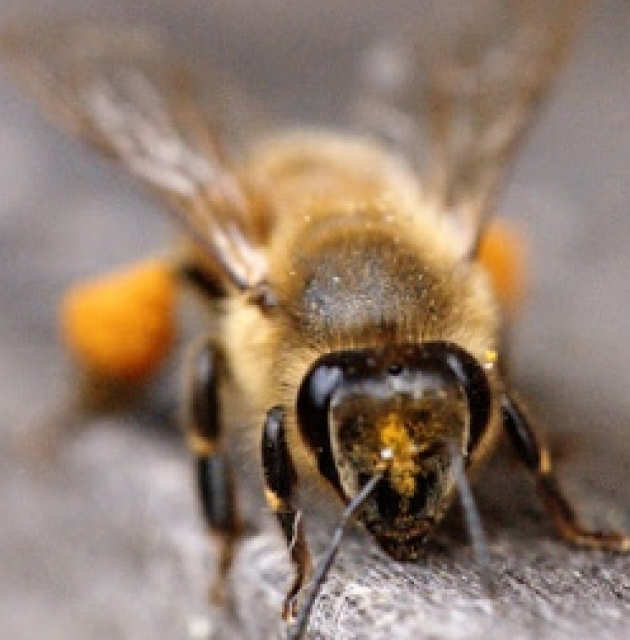 Various factors are to blame, including the Varroa mite and the lethal viruses it spreads, along with the continued expansion of industrial agriculture, pesticide exposure and overwork.

However, this is one problem that the masses, rather than governments, has helped. 90% of the hives registered in the U.K. belong to amateurs, farmers or people just keeping them at home in their gardens.

There’s also been a similar increase in urban beekeeping – hives in roof gardens or allotments inside cities.

A colony of bees is made up of a single queen, several hundred male bees or drones, and up to 50,000 female worker bees. The queen bee can live for up to three years and in that time can lay more than 500,000 eggs. Beekeepers can start out with a natural colony, an artificial one (packed in a box) or a nucleus which is a core colony with fewer drones and workers. Our bees are an Italian honeybee variety, known for their docile temperament.

To inspect the bees we need the traditional suits to avoid being stung. We also need a smoker, a device used to surround the hive with smoke, making the bees think that there’s a forest fire and focus on eating their honey, allowing us to work in the hive without mass attack.

Over the summer we inspect the hive once a week , the main aim being to monitor whether the colony is preparing to swarm. At each inspection we check that the queen is laying eggs, we also check for developing larva and pollen and honey stores. Over the summer the colony grows quickly and can reach up to 50,000.

In August, we’ll be collecting the honey – a good summer can produce around 40lbs. In Autumn, this honey will be replaced by feeding the bees with a sugar solution, and then the whole cycle can repeat for another year.