Dr Plant is the creator of RHEON, a revolutionary material that has been used in a range of products from space ships to bike helmets.  Recently he returned to Imperial College to do a PhD as part of an entrepreneurial scheme with the Royal Academy of Engineering, where he is a Fellow.

What was your first design? 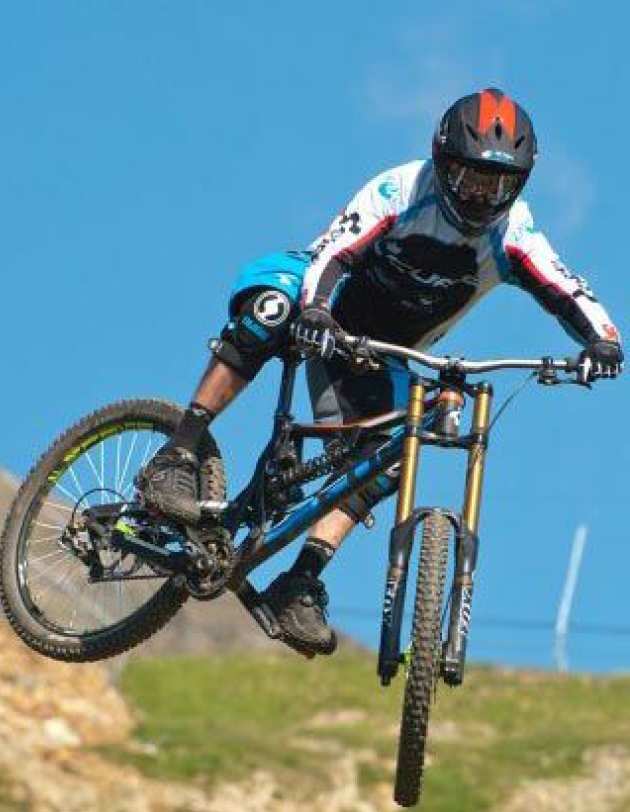 “My history is in essence is a degree in mechanical engineering at Imperial followed by an MA in Industrial Design Engineering run jointly by Imperial College and the Royal College of Art.  I was lucky enough to be sponsored through that programme by Levis who were very interested in body armour for their work wear market. One of the things I worked on while I was on the course was a cycle courier jacket with body armour built into the elbow and shoulder that moved with the musculature of the body but would go rigid when hit.  The jacket had Phillips electronics built into it and when it was sold it was the world’s first commercially available wearable electronic jacket. It was very expensive, but pretty groovy.”

What did you do next?

“I went on to stay for a third year that was sponsored by the Helen Hamlyn Research Centre who were looking at living design for older people.  They were saying that by the time we get to 2020, 50% of our population would be over 50, so really it was looking at how we can protect our future selves. I started looking, in a cursory way really, at the similarities between protecting a cycle courier on a bike and protecting the elderly generation.

Then I formed a design consultancy which I ran for seven years and developed some new energy absorbing materials. I had a really good opportunity to do some consultancy work for NASA; we developed an energy absorbing system for them that could be used in space. We also took the silicone based strain rate sensitive polymer that formed the basis of all our designs and reengineered it into an injection mouldable material.  This is so that it can be combined with innovative auxetic geometry and moulded directly into clothing – making it the thinnest, lightest, certified protector for sporting goods.  For example, an elbow guard can be 6mm thick and weigh 50g.  Overall we’ve had some success, winning the Textile Innovation prize, the R&D 100 award and the Eurobike award, amongst others. Currently we’ve got about 50 products out there, I guess about a million units, and they’re predominantly used in downhill mountain biking and skiing, sports where people can really see the benefit of having flexible, comfortable armour that will move with them.  Essentially it’s the next generation of body armour, a step change away from foam.”

What brought you back to Imperial College? 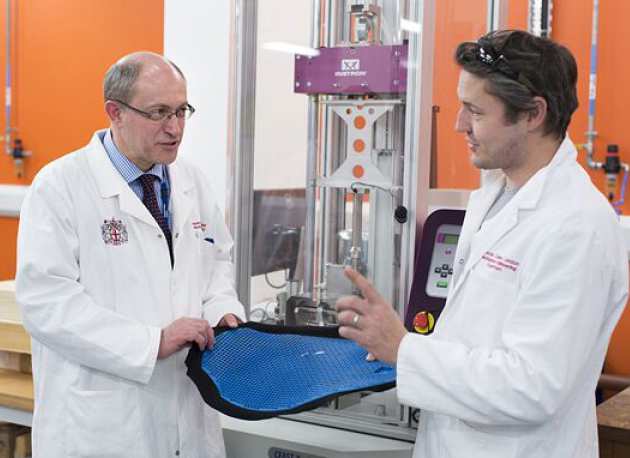 “I wanted to know more about the science of what I was developing and so I came back to Imperial to do a self-funded PhD.

We are currently working with the London Metropolitan Police, Home office and the Government to develop new systems as well as improving test methods, with a view to helping to improve the survivability of current armour.

Last year I applied for an entrepreneurial scheme through the Royal Academy of Engineering, to continue work on RHEON in the sporting goods arena and to look at taking it into the medical area. So one of the things we’re working on now is looking at a hip protective device that will protect the weak and fragile hip bones of osteoporosis patients and frequent fallers, so when they fall over they are less likely to break their hip.  Today 200,000 people fall annually; these fractures cost the NHS 2B annually.

I’ve also set up a collaboration between Imperial and the University of British Columbia and within the collaboration we just won some funding to look at improving ice hockey helmets.  One of the really fun things about RHEON is that you can engineer it to give you different properties in each direction, so whether it’s for an oil rig or for sports, you could  have the helmet respond in different ways to different types of impact, improving survivability and reducing injury.”