The ERC has announced funding worth €630 million, which will be distributed to top researchers across Europe.

The four Imperial academics have won around €8.7 million (£7.8m) between them.

The Consolidator Grants are part of the EU’s Horizon 2020 programme, which the ERC awards to ‘outstanding researchers who have a scientific track record showing great promise’.

The funding is up to five years and will help create jobs for postdocs, PhD students and other staff working in the grantees’ research teams. The ERC evaluates thousands of proposals but just 13% are selected for funding.

The President of the ERC, Professor Jean-Pierre Bourguignon, who visited Imperial earlier this year, commented: "On behalf of the Scientific Council, I'd like to congratulate the new ERC grant winners.

"The funding will encourage these mid-career scientists to explore further the unknown and develop their most daring ideas at their own initiative. By leaving them freedom, the ERC is enabling breakthroughs.”

At the time of his visit, Imperial’s President Professor Alice Gast, said: “The ERC’s forward-looking mindset, investment in frontier research, and an openness to bottom-up innovations is putting Europe at the forefront of global science.”

Professor Morgans has won funding to lead a team of five researchers to carry out a project on modelling acoustic-flow interactions in the combustion chambers of aeroplane engines and power gas turbines, which are used in power stations to generate electricity.

Reducing air pollution from aeroplane engines and power gas turbines is an urgent priority. Professor Morgans says that the key barrier to lowering nitrogen oxides pollution is an effect known as thermoacoustic instability in the engines, which occurs when acoustic waves are generated by unsteady heat release from a flame. This leads to vibrations which can severely damage gas turbines.

The AFIRMATIVE project aims to develop the first way of computationally predicting thermoacoustic instability, which is fast and accurate enough to be used in the industrial design process, allowing instability to be designed out at a very early stage.

The team are developing mathematical models for the acoustic waves that will facilitate instability-free, ultra-clean gas turbines.

"Having held an ERC Starting Grant for the last 5 years, I feel extremely privileged to have been awarded successive ERC grants.

"I now have a real opportunity to pursue my dream of feeding my fundamental research on acoustics, flows and flames into a state-of-the-art computational tool with real industrial and societal impact.”

Dr Green will use the grant to develop medical implants and devices that are less likely to be rejected by the body. 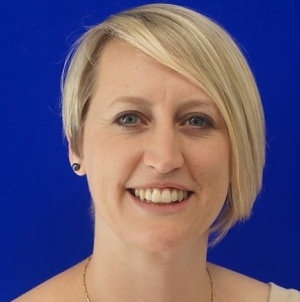 Bionic devices such as cochlear implants for hearing loss and deep brain stimulators – used to treat Parkinson’s - use metal electrodes to activate nerve cells in the body.

However, the body recognises metals as foreign and tries to separate them with a wall of scar tissue, reducing their effectiveness. Metals also only pass charge in the form of electrons – like the charge that powers a light bulb, whereas the body can only conduct charge in the form of ions – such as salt in water.

Living Bionics are soft, cell based implants that create better connections between the device and the nerve cells, while minimising implant rejection and scar tissue growth.

Dr Green said: “The ERC grant is an extremely exciting opportunity that will allow me to grow my research group and explore new ideas at the frontier of science and engineering.

"It has come at a critical time for me, having moved my research group from Australia to Imperial.

"This research will influence how biomedical devices are designed and have a tremendous impact on healthcare worldwide.”

Dr Gustav Holzegel, from the Department of Mathematics, won funding to prove the stability of the so-called Kerr family of black holes which describe stationary rotating black holes.

Dr Holzegel said: "I feel we are on the verge of a new "golden age" for black holes and gravitational physics.

"I am extremely excited to bring this research to fruition with a strong team of researchers and the grant will allow me to do exactly this."

Dr Serge Mostowy, from the Department of Medicine, says their research could provide vital clues towards understanding bacterial disease and for illuminating new therapeutic strategies.

Dr Mostowy said: "The ERC Consolidator Grant provides the opportunity to explore new avenues of infection and cell biology. The lab is excited about the science we have the potential to discover."

The news comes as Imperial confirms its position as Europe’s fourth most successful institution participating in Horizon 2020, receiving 253 awards worth €153 million.

UK researchers remain eligible to apply for new European grants while the UK is a member of the EU.

The Treasury has also confirmed that the UK Government will underwrite EU research funding like Horizon 2020, even when specific projects continue beyond the UK’s departure from the EU.