A hopeful 2018: Imperial academics on positive things coming our way this year The past year has brought many challenges and difficulties, but what do we have to look forward to in 2018?

In a time of political uprising and economical disarray, it’s easy to focus on the negative. But a fresh year always brings new opportunities.

As 2018 dawns, we asked the Imperial community to share their thoughts on the positive developments coming our way in the next 12 months. From solar probes, to AI advancements, here’s what they had to say. 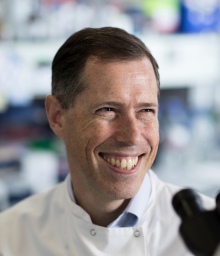 Dr Aubrey Cunnington, Clinical Senior Lecturer of the Faculty of Medicine, and member of the Imperial College Network of Excellence in Malaria.

The 2017 WHO World Malaria Report makes worrying reading – our efforts to defeat malaria are stalling and if we don’t act now the successes of the last decade may be rapidly reversed.

One major challenge is the gap between the funds needed to control malaria and the funds available. I am optimistic that in 2018 Global leaders will see the urgent need to tackle this problem and invest in a drive for malaria elimination.

I am also optimistic that Imperial will play an increasingly important role by providing the scientific insights and innovation needed to bring new malaria control strategies to public health impact. 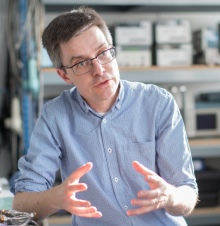 In the summer of 2018, NASA’s Parker Solar Probe spacecraft will launch to explore our Sun, travelling far closer than we have ever been before and skimming into the Sun’s upper atmosphere for the first time.

The front of the spacecraft will reach over 1300 degrees Celsius; shielded behind this will be instruments to measure the particles, electric and magnetic fields and a telescope to watch the solar wind flow past the spacecraft into deep space.

At Imperial we’re members of the science team for one of the instruments and we’re hugely excited, waiting for the data to come back which will bring what will be a true revolution in our understanding of the Sun and how it affects the entire solar system. 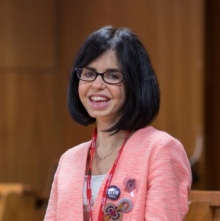 I am really excited about the development of biocompatible semiconducting polymers and small molecules that can be used for printed in-vitro diagnostic tools.

Low-cost ultra thin stretchable biosensors will be able to be attached to tissues or the skin, and monitor electrical or chemical biological signals. They will be able to electrochemically analyse sweat, monitor glucose and provide tailored and controlled treatment based on the patient’s needs.

At the moment, researchers are identifying biomarkers, developing new sensing materials and understanding how they behave in different environments. There will be challenges (certification, reliability, continuous monitoring of patients), but we scientists love a good challenge! 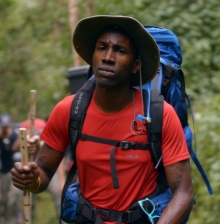 I am excited by 2018, as I think we'll see further developments in how we conduct, publish, and assess our research, and that of our scientific peers.

In particular, due to increasing price pressures imposed by publishers, researchers will continue to find ways to communicate their science, with the aim of making it as widely accessible as possible; in essence, an increasing number of academics will likely become Open Access advocates by necessity rather than choice.

The importance of flies 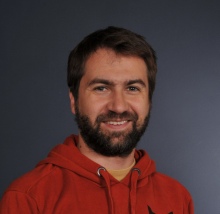 I’m hopeful that public awareness of how important fruit flies are for research will increase next year. In October, the Nobel Prize was awarded to researchers who study fruit flies, which has helped highlight how important they are for basic research.

While flies may seem vastly different to human beings, we share approximately 75% similarity with them on a genetic level. As such we can learn a lot from studying flies – things as fundamental and complex as how the brain works, why we sleep, and what memory is. 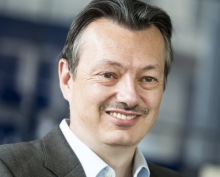 I am looking forward to the world moving ahead on its agreement to address climate change at the 2018 Conference of the Parties (COP 24) in Poland.  Countries will come together to take stock of their progress towards the targets they agreed three years before in Paris, against a backcloth of ever falling costs of low carbon technologies. I am also looking forward to celebrating 2018 as the Year of Engineering! 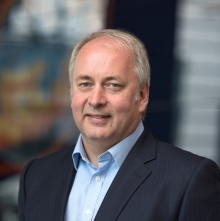 There are a number of developments I hope to see in my field of research – artificial intelligence (AI) – in 2018.

Firstly, I’m hopeful that advances in AI will continue apace, showing the power of the technology for a diverse range of applications. Secondly, that we will start to see a more mature debate around the potential of AI, moving from the current massive overhype and dystopian future perspective.

And following from this, I’m hopeful that the partnering of humans and AI systems will become very much more prevalent and the way people think of such systems. I see this direction as a very positive one, which I believe will cause a rise in the performance of the humans as well as the machines.

Also, perhaps AI might even be able to help West Ham play like a decent football team at last!