Annual and inaugural lectures at Imperial

Throughout term time, Imperial runs a series of inaugural and annual lectures, many of which are named after notable staff, alumni or donors.

Imperial's Inaugural Lecture series, entitled 'Imperial Inaugurals', provides a platform to showcase and celebrate the College's new professors. Each lecture represents a significant milestone in an academic's career, providing official recognition of their promotion to professor, bringing benefits to the lecturer, their Department and Imperial as a whole. 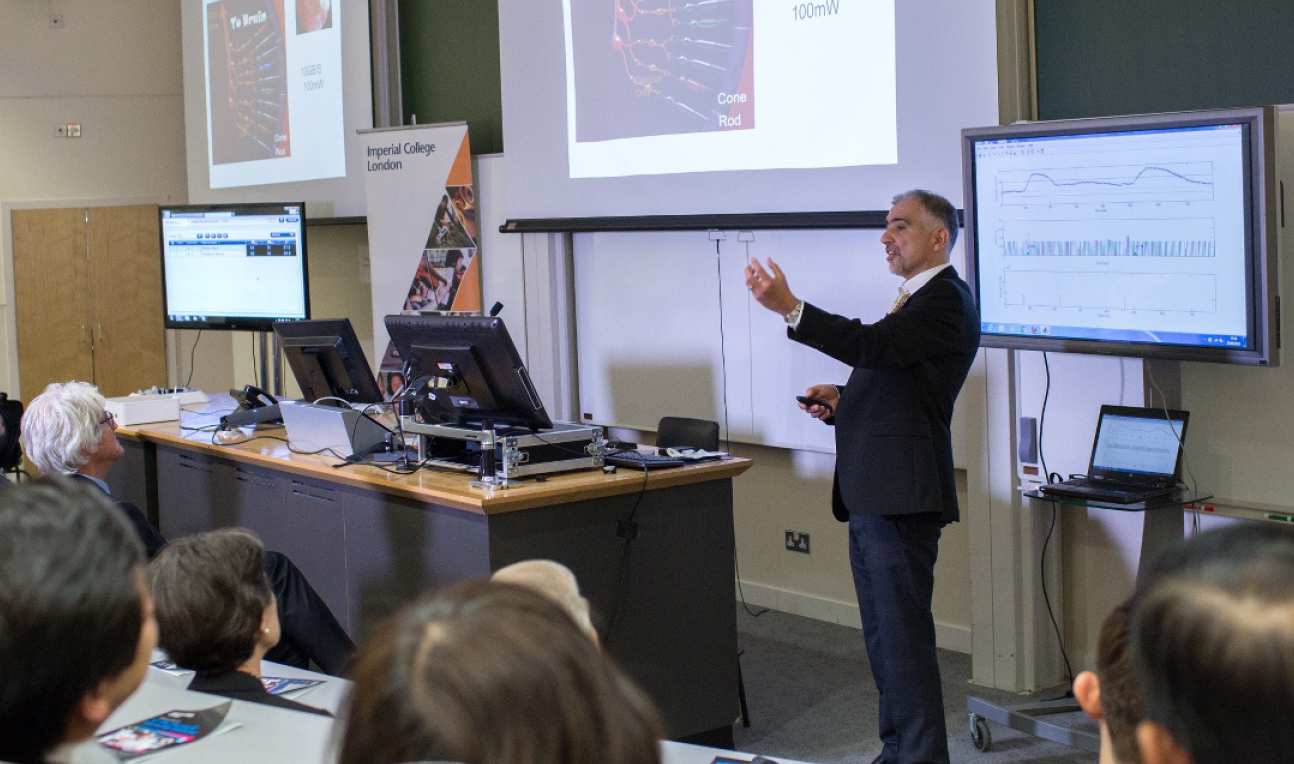 Our prestigious annual lectures series offer public audiences the opportunity to come to Imperial and hear from some of the world's most celebrated scientists or champions of industry across a range of subjects, which includes bioengineering, breakthroughs in medicine and life sciences and diversity in the workplace.

All our lectures are free to attend and some are now streamed live online via our YouTube channel for those who cannot make it along to the event.