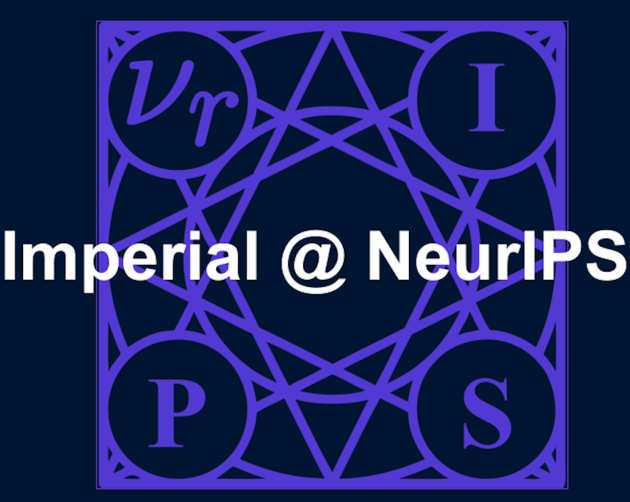 Registration of the workshop is now open! Please register for free on Eventbrite.

There is limited space in the poster session for NeurIPS 2019 workshop papers . Kindly submit your papers at https://easychair.org/my/conference?conf=imperialneurips2019#. We will shortlist the papers based on the available space.

Abstract : Learning with auxiliary tasks can improve the ability of a primary task to generalise. However, this comes at the cost of manually labelling auxiliary data. We propose a new method which automatically learns appropriate labels for an auxiliary task, such that any supervised learning task can be improved without requiring access to any further data. The approach is to train two neural networks: a label-generation network to predict the auxiliary labels, and a multi-task network to train the primary task alongside the auxiliary task. The loss for the label-generation network incorporates the loss of the multi-task network, and so this interaction between the two networks can be seen as a form of meta learning with a double gradient. We show that our proposed method, Meta AuXiliary Learning (MAXL), outperforms single-task learning on 7 image datasets, without requiring any additional data. We also show that MAXL outperforms several other baselines for generating auxiliary labels, and is even competitive when compared with human-defined auxiliary labels. The self-supervised nature of our method leads to a promising new direction towards automated generalisation. 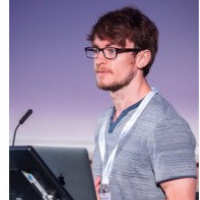 Dr. Edward Johns received a BA (2006) and MEng (2007) in Electrical and Information Engineering from Cambridge University, and a PhD (2014) in vision-based robot localisation     from the Hamlyn Centre at Imperial College, working with Guang-Zhong Yang. Following his PhD, he spent a year as a postdoc at UCL working with Gabriel Brostow. In 2014, he then   returned to Imperial College as a founding member of the Dyson Robotics Lab with Andrew Davison, where he held a Dyson Fellowship and led the lab's robot manipulation team.   In 2017, he was awarded a Royal Academy of Engineering Research Fellowship for his work on deep learning for robot manipulation. He was then appointed as a Lecturer at     Imperial College in 2018, and founded the Robot Learning Lab. 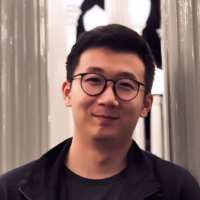 Liu, Shikuna first-year Ph.D. student in Machine Vision & Robotics at Imperial College London. He is currently working at theDyson Robotics Lab, co-advised by Edward Johns andAndrew Davison. He is interested in and actively studying on AutoML, self-supervised learning and meta learning with applications in vision and robotics. He is a strong advocate of reproducible and open machine learning research.

Abstract: Perception and reasoning are two representative abilities of intelligence that are integrated seamlessly during human problem-solving processes. In the area of artificial intelligence (AI), the two abilities are usually realised by machine learning and logic programming, respectively. However, the two categories of techniques were developed separately throughout most of the history of AI. In this paper, we present the abductive learning targeted at unifying the two AI paradigms in a mutually beneficial way, where the machine learning model learns to perceive primitive logic facts from data, while logical reasoning can exploit symbolic domain knowledge and correct the wrongly perceived facts for improving the machine learning models. Furthermore, we propose a novel approach to optimise the machine learning model and the logical reasoning model jointly. We demonstrate that by using abductive learning, machines can learn to recognise numbers and resolve unknown mathematical operations simultaneously from images of simple hand-written equations. Moreover, the learned models can be generalised to longer equations and adapted to different tasks, which is beyond the capability of state-of-the-art deep learning models. 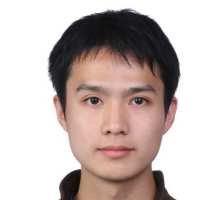 Dr. Wang-Zhou Dai received Ph.D. in Computer Science from Nanjing University in 2019  (supervisor Prof. Zhi-Hua Zhou). Further, he joined Prof. Stephen Muggleton’s group in the Department of Computing at Imperial College London as a Research Associate from 2019. His research interest is in machine learning, a sub-field of artificial intelligence. Currently, he is interested in combining sub-symbolic machine learning and logic-based symbolic machine learning.

Abstract: Generalization capability to unseen domains is crucial for machine learning models when deploying to real-world conditions. We investigate the challenging problem of domain generalization, i.e., training a model on multi-domain source data such that it can directly generalize to target domains with unknown statistics. We adopt a model-agnostic learning paradigm with gradient-based meta-train and meta-test procedures to expose the optimization to domain shift. Further, we introduce two complementary losses which explicitly regularize the semantic structure of the feature space. Globally, we align a derived soft confusion matrix to preserve general knowledge about inter-class relationships. Locally, we promote domain-independent class-specific cohesion and separation of sample features with a metric-learning component. The effectiveness of our method is demonstrated with new state-of-the-art results on two common object recognition benchmarks. Our method also shows consistent improvement on a medical image segmentation task.

Dr. Qi Dou is a post-doc at the Department of Computing, Imperial College London, supervised by Dr. Ben Glocker in BioMedIA. She obtained Ph.D. degree in the Department of Computer Science and Engineering, The Chinese University of Hong Kong (CUHK), supervised by Prof. Pheng Ann Heng in July 2018. She received B. Eng. degree in Biomedical Engineering from Beihang University (BUAA) in Beijing, June 2014. She also worked with Dr. Yan Xu for undergraduate research in MSRA. Her research interests are Medical Image Analysis, Deep Learning, Machine Learning.

Abstract: We propose a novel, conceptually simple and general framework for instance segmentation on 3D point clouds. Our method, called 3D-BoNet, follows the simple design philosophy of per-point multilayer perceptrons (MLPs). The framework directly regresses 3D bounding boxes for all instances in a point cloud, while simultaneously predicting a point-level mask for each instance. It consists of a backbone network followed by two parallel network branches for 1) bounding box regression and 2) point mask prediction. 3D-BoNet is single-stage, anchor-free and end-to-end trainable. Moreover, it is remarkably computationally efficient as, unlike existing approaches, it does not require any post-processing steps such as non-maximum suppression, feature sampling, clustering or voting. Extensive experiments show that our approach surpasses existing work on both ScanNet and S3DIS datasets while being approximately 10x more computationally efficient. Comprehensive ablation studies demonstrate the effectiveness of our design. 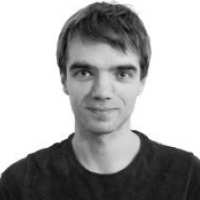 Dr. Ronald Clark is a research fellow at Imperial College London. His work lies at the intersection of computer vision and machine learning. His research mainly focuses on allowing machines to interpret and understand the 3D world around them. He obtained his PhD from the University of Oxford Department of Computer Science. Before coming to the UK, he did an  MSc in electrical engineering at the University of the Witwatersrand in South Africa. He has received  numerous international awards for my research including a best paper honourable mention at the Conference on Computer Vision and Pattern  Recognition (CVPR). His research has been supported by a number of prestigious fellowships, including an EPSRC doctoral studentship, a Dyson Fellowship and  most recently an Imperial College Early Career Fellowship. 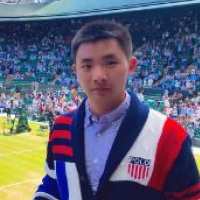 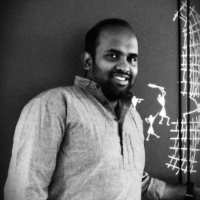 Dr. K S Sesh Kumar is a research fellow at the Data Science Institute, Imperial College London. Prior to this, he was a research fellow funded by the Leverhulme Centre for the Future of Intelligence (CFI) at Imperial College London working with Prof. Marc Deisenroth and Dr. Adrian Weller. He was a post-doctoral researcher in the group of Vladimir Kolmogorov at IST, Austria until October, 2017. He finished  PhD under the supervision of Francis Bach at INRIA, SIERRA in September, 2016. He received MVA Masters from ENS-Cachan in 2013 and Bachelors degree (Computer Science and Engineering) from IIIT, Hyderabad in 2003. His research revolves around exploring the links between different topics in Discrete optimization and Machine Learning.

Abstract : We present a novel algorithm to estimate the barycenter of arbitrary probability distributions with respect to the Sinkhorn divergence. Based on a Frank-Wolfe optimization strategy, our approach proceeds by populating the support of the barycenter incrementally, without requiring any pre-allocation. We consider discrete as well as continuous distributions, proving convergence rates of the proposed algorithm in both settings. Key elements of our analysis are a new result showing that the Sinkhorn divergence on compact domains has Lipschitz continuous gradient with respect to the Total Variation and a characterization of the sample complexity of Sinkhorn potentials. Experiments validate the effectiveness of our method in practice. 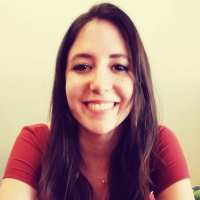 Giulia Luise is a third-year PhD student in Machine Learning atUCL, London  under the supervision ofMassimiliano Pontil andCarlo Ciliberto. Her main research interest focuses on the interplay of optimal transport and machine learning. She is also interested in structured prediction and surrogate frameworks.

Abstract : A key challenge in crowdsourcing is inferring the ground truth from noisy and unreliable data. To do so, existing approaches rely on collecting redundant information from the crowd, and aggregating it with some probabilistic method. However, oftentimes such methods are computationally inefficient, are restricted to some specific settings, or lack theoretical guarantees. In this paper, we revisit the problem of binary classification from crowdsourced data. Specifically we propose Streaming Bayesian Inference for Crowdsourcing (SBIC), a new algorithm that does not suffer from any of these limitations. First, SBIC has low complexity and can be used in a real-time online setting. Second, SBIC has the same accuracy as the best state-of-the-art algorithms in all settings. Third, SBIC has provable asymptotic guarantees both in the online and offline settings 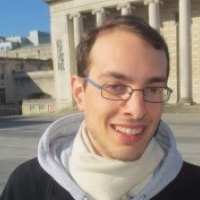 Dr. Edoardo Manino is a research fellow at the University of Southampton. Currently, he is finishing his PhD in machine learning and crowdsourcing under the supervision of Prof. Nicholas R. Jennings and Dr. Long Tran-Thanh. His research interests range from Bayesian learning to algorithmic game theory and, more recently, influence maximisation on social networks.

Abstract: When maximum likelihood estimation is infeasible, one often turns to score matching, contrastive divergence, or minimum probability flow learning to obtain tractable parameter estimates. We provide a unifying perspective of these techniques as minimum Stein discrepancy estimators and use this lens to design new diffusion kernel Stein discrepancy (DKSD) and diffusion score matching (DSM) estimators with complementary strengths. We establish the consistency, asymptotic normality, and robustness of DKSD and DSM estimators, derive stochastic Riemannian gradient descent algorithms for their efficient optimization, and demonstrate their advantages over score matching in models with non-smooth densities or heavy tailed distributions

Alessandro Barp is a PhD student at Imperial College London and the Alan Turing Institute, supervised by Prof Mark Girolami and Prof Damiano Brigo. He works on the geometry of Information and of Monte Carlo Methods.

Abstract: Key to structured prediction is exploiting the problem structure to simplify the learning process. A major challenge arises when data exhibit a local structure (e.g., are made by "parts") that can be leveraged to better approximate the relation between (parts of) the input and (parts of) the output. Recent literature on signal processing, and in particular computer vision, has shown that capturing these aspects is indeed essential to achieve state-of-the-art performance. While such algorithms are typically derived on a case-by-case basis, in this work we propose the first theoretical framework to deal with part-based data from a general perspective. We derive a novel approach to deal with these problems and study its generalization properties within the setting of statistical learning theory. Our analysis is novel in that it explicitly quantifies the benefits of leveraging the part-based structure of the problem with respect to the learning rates of the proposed estimator. 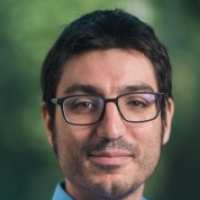 In 2008, Dr. Carlo Ciliberto graduated in Mathematics at the University of Roma Tre, Rome, Italy and in 2012 he obtained a PhD in humanoid robotics, computer vision and machine learning at the Italian Institute of Technology, Genova, Italy. He was a Postdoctoral fellow in Poggio Lab at the Massachusetts Institute of Technology from 2012 to 2016 and later a Research Associate at UCL from 2017-2018, where he is now Honorary Lecturer. In 2018 he became a Lecturer at the EEE Department at Imperial College.